The latest research coming from IDC shows that Huawei has sold most smartphones in 2020 in the Chinese smartphone market for the first place. 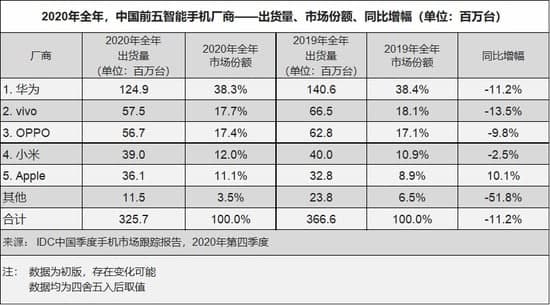 Meanwhile, the fourth-quarter results of the global smartphone market have shown a continuous decline in sales. However, performance results also show that Huawei has been surely affected by the U.S. sanctions, which reflects on its sales graph.

On the other hand, the latest research from IDC shows that the Chinese tech giant continues to lead the smartphone market in the home ground but with a noticeable decrease.

According to the data, Huawei has maintained its top spot in the fourth quarter of 2020 by shipping 21.7 million units of smartphones and a 25.1% market share. There’s also a big decrease in the growth rate, which declined at 34.5%.

Other smartphone makers such as Apple, Oppo, Vivo, and Xiaomi are the top contenders to take the reducing number of Huawei’s smartphone consumer base. 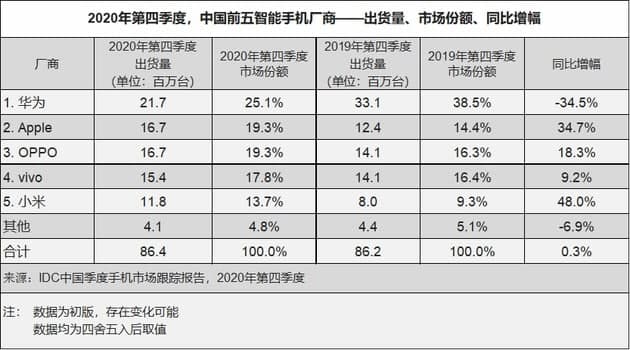