On January 29, Canalys released a research report on China smartphone market for the fourth quarter (Q4) of 2020. According to the report, China’s smartphone market closed with 84 million unit shipments in Q4 of 2020 with a decline of 4% year-on-year (YoY).

Talking about a whole year, 330 million units were shipped, which has a decline of 11%. The main reason behind the loss of the market is the pandemic and the US sanctions on Huawei by which the performance was rapidly declined as well as the overall market recovery was stalled. 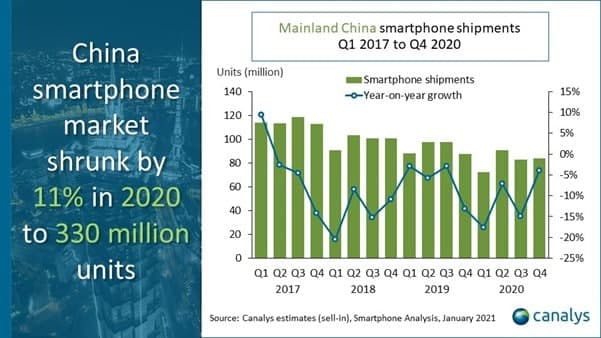 Apple also reported its best performance in China in recent years, shipping more than 15.3 million units in Q4, with an 18% market share, up from 15% in Q4 2019. Xiaomi completed the top five, shipping 12.2 million units, growing 52% year-on-year.

“It is possibly Huawei’s toughest time as it is restrained to even serve its home market,” says Canalys VP of Mobility Nicole Peng.

Moreover, Huawei’s sell-in shipments shrunk by nearly half sequentially, despite the huge demand for Huawei devices, as the vendor is unable to fulfill this demand in the foreseeable future.

Other smartphone brands including Oppo, Vivo, and Xiaomi trying to grab this opportunity by fighting to win over Huawei’s offline channel partners across the country, including small rural ones, backed by huge investments in store expansion and marketing support.

These commitments brought immediate results, and market share improved within mere months. 2021 will be clearly a year of aggressive expansion for Oppo, Vivo, and Xiaomi.

“Honor is also a player we shouldn’t ignore in China in 2021, as the vendor has inherited most of Huawei’s strengths and aims to win over Huawei’s loyal customers,” Peng

90 Chinese companies including Huawei, HiSilicon and Xiaomi wants to form a community to build China’s own semiconductor industry

Huawei Hubble has recently invested huge capital in Ou Rhende Microelectronics Technology, which is an OLED driver chip maker. After the investment, the company’s registered capital increased from 37.65 million to around 57.06 million, which is an increase of approx 51.56%. Alongside Huawei, Xiaomi also invested in the firm.

Established in 2019, the Ou Rhende is an OLED driver chip manufacturing company. The legal representative of the company is Zhang Jinfang with 50.91 percent of shareholdings. While Huawei Hubble is the second-largest shareholder with nearly 16.49% of shares.

This piece of information was a surprise for the whole semiconductor market. First, Huawei has begun the trial production of its own OLED driver ICs and then this investment. It shows that the company wants to develop the OLED driver chip in its home country.

It is also being said that these investments could be a threat to the South Korean and Taiwanese chip manufacturing companies, which currently capture most of the semiconductor market.

Looking at the current market share of the semiconductor companies in terms of OLED driver chips, Samsung grabs the market with nearly 50.40% of the market share. And the three other Korean companies account for approximately 38%.

This data suggests that the four Korean companies occupy nearly 90% of the OLED chip market. Whereas the Taiwanese chipmaker has the rest 10.2% market. 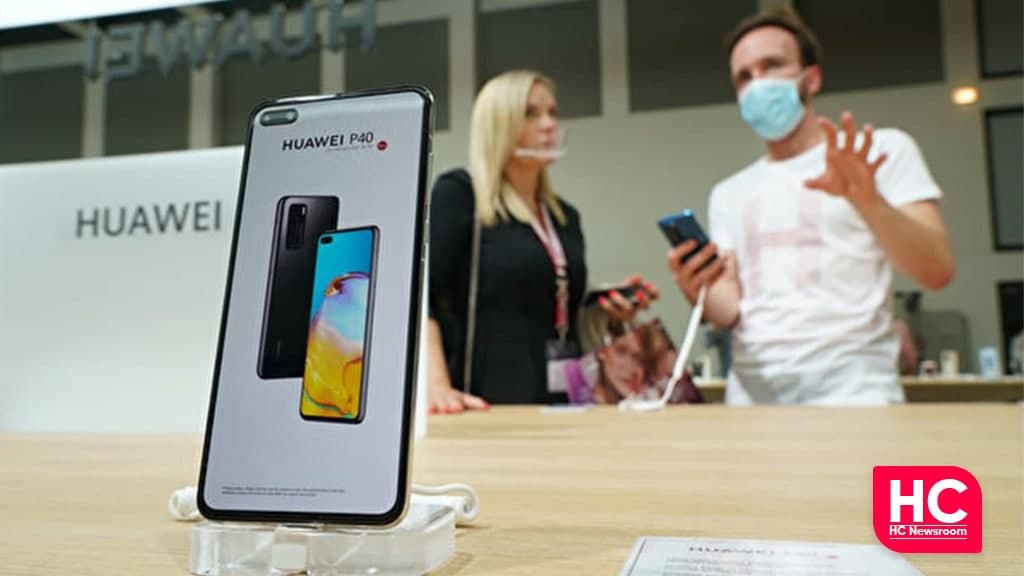 In this situation, Huawei will have to be very precise with its strategy to share its spot among these leading companies. Further, the company itself has HiSilicon to develop its own chip.

As per the recent report, Huawei’s HiSilicon is preparing to mass-produce the OLED chips in China in the first half of 2022. The company will manufacture chips based on the 40nm process and aims for a production capacity of 200,000 to 300,000 units per month. Read more 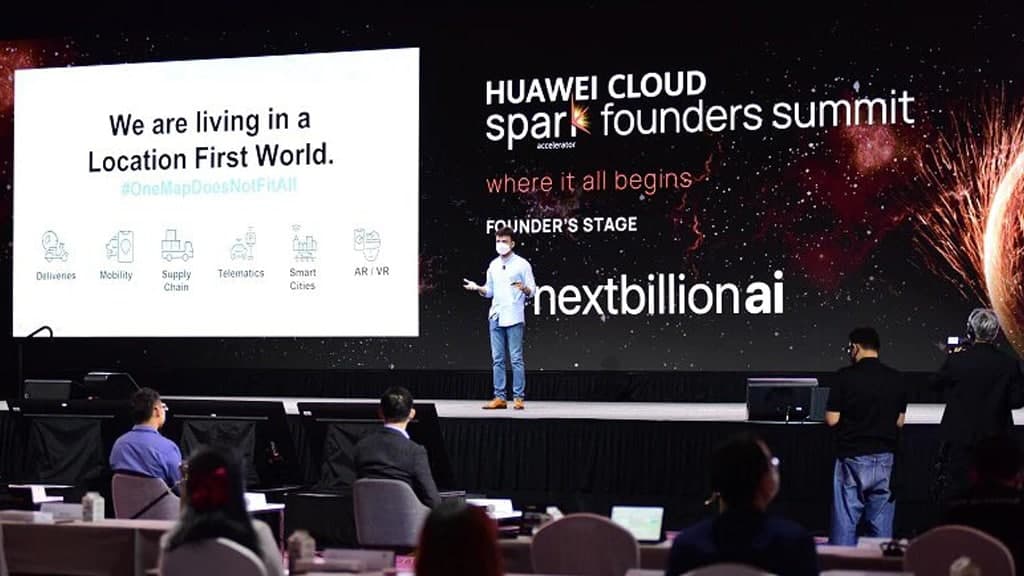