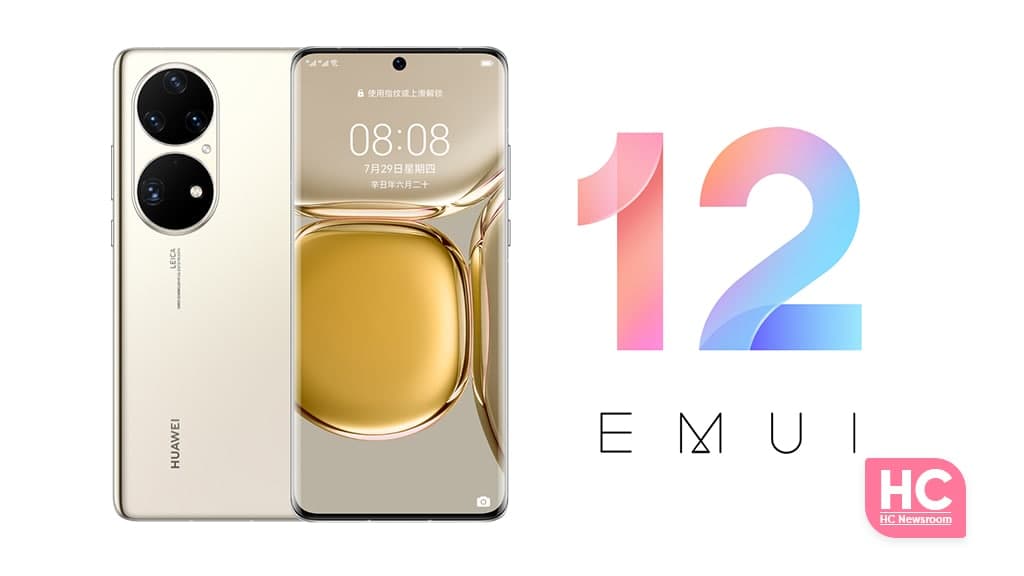 Huawei P50 Pro will soon launch in the global market and it’s likely that the phone could pack with EMUI 12 software system, which is initially designed with HarmonyOS operating system for Chinese consumers.

The global version of Huawei P50 Pro is likely to feature EMUI 12 as the main software. This new EMUI version comes with new features and enhances the user experience as compared to the previous version of the software.

The user interface is identical to HarmonyOS 2.0 operating system but the main difference sits above in terms of features such as Super Device, service center, atomic service, snippets, and more.

However, the lack of these features in EMUI 12 will not compromise your user experience because the new control panel is part of this new software version and will bring a range of different capabilities.

P50 Pro coming with EMUI12 for a global market pic.twitter.com/yOgpIYyuLK

Huawei P50 Pro was launched with HarmonyOS 2.0 operating system and is currently in sale in China, the operating system is designed for the era of the internet of everything. Due to its muti-kernel capabilities, HarmonyOS can seamlessly connect with other HarmonyOS powered devices and perform cross-platform features with ease.

Huawei P50 Pro equips a 6.6-inch OLED display with up to 120Hz refresh rate, 1440 Hz high-frequency PWM dimming, and 300 Hz touch sampling rate for a highly interactive touch screen as well as touch sensitivity with a high-quality resolution of 2700 x 1228 pixels and 450 PPI.

The battery is quite large at 4360 mAh and recharges with a 66W wired SuperCharge and a 50W wireless supercharge that consumers will need to purchase separately.