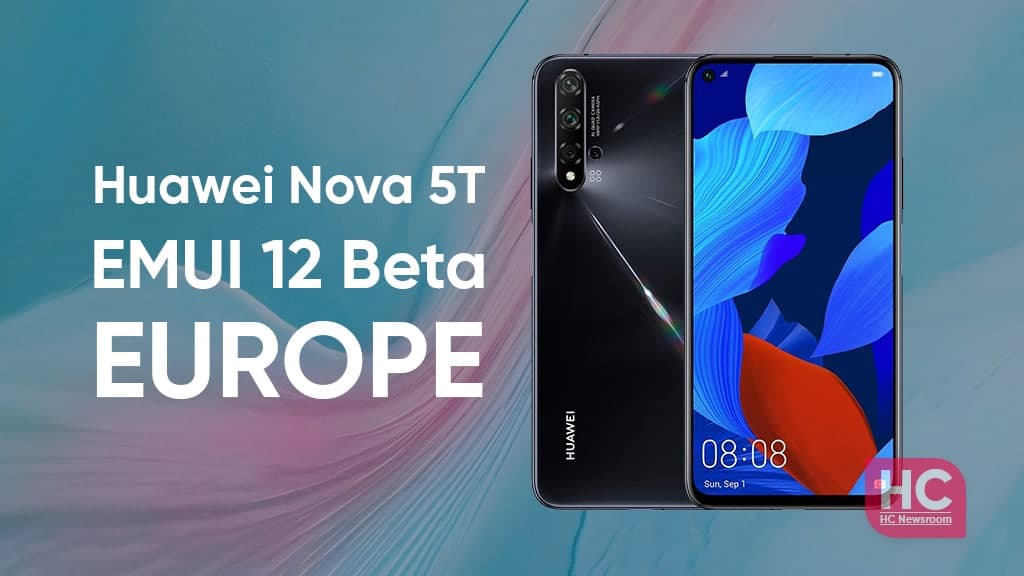 Last week, Huawei began testing EMUI 12 beta for the Nova 5T smartphone, which is quite an amazing activity the company initiated for the consumers. Moving on, the Huawei Nova 5T has now started expanding the EMUI 12 beta software testing activity for users in Europe.

As reported by Huaweiblog, the Huawei Nova 5T users in Europe can now participate in the EMUI 12 beta testing. This opportunity will allow consumers to take new user experiences on their devices.

According to the information, EMUI 12 beta for Huawei Nova 5T in Europe will install the latest user interface (UI) such as an intuitive design that will mesmerize your interaction with the phone. On the other hand, you’ll get features such as a Control Panel that will replace the old quick settings panel with a brand new avatar and lots of new services.

To participate in the EMUI 12 beta program, you need to open the Huawei Beta app, tap on the “Me” tab and click on Join Project. From here, you need to tap on “Available Projects” thereafter, you can check the corresponding beta projects and tap Register.

After you sign for the Beta program, you also need to wait for the company to send you the beta software via OTA update.

However, we recommend you take a backup of your smartphone’s data to prevent any unwanted data loss. Moreover, make sure you download the OTA update via Wifi as it may consume immense data on the mobile connection.

Huawei Nova 5T was launched with EMUI 9.1, then it was upgraded with EMUI 10.0, followed by EMUI 10.1, EMUI 11, and now it’s eligible to test the latest EMUI 12 beta version. It’s revealed that this version of EMUI will enhance the overall user experience.

From the hardware side, Nova 5T futures a 6.26-inch LCD display and FHD+ resolution (2340 x 1080p). The phone is powered by Kirin 980 octa-core processor with Mali-G76 GPU and dual NPU units. It has a 48MP quad rear camera system along with a 32MP f/2.0 front-facing camera and a 3750mAh battery that could recharge with a 40W super-fast charger.

New system optimizations with 2.0.0.135 update rolling out for Huawei Nova 3