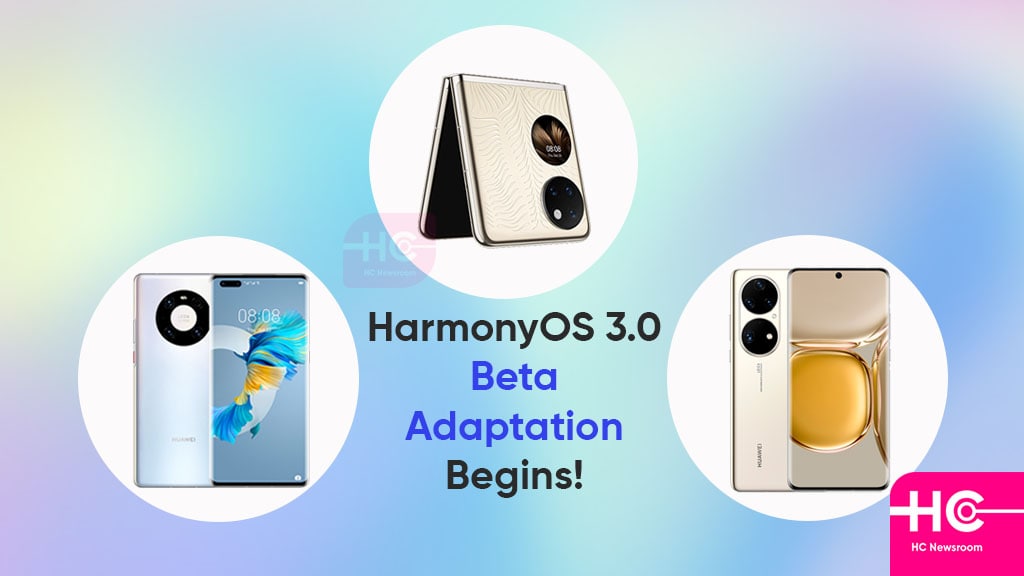 Huawei disclosed the all-new HarmonyOS 3.0 interface for its consumers at the recent new product launch conference. Ultimately, without wasting a moment, the company has also announced the HarmonyOS 3.0 beta adaptation program for some of its premium handset models – the Huawei Mate 40 series, P50 series, and the P50 Pocket.

Undoubtedly, the term ‘series’ here defines that the company will be rolling out the HarmonyOS 3.0 beta firmware for all the Huawei Mate 40, the P50, and the P50 Pocket devices. You can check these compatible devices in the below-mentioned list.

As mentioned, with the onset of the event date, the company has started the early adopter recruitment of the HarmonyOS 3.0 beta version. On the flip side, this process will reach an end on August 10, at 18:00. Hence, if you are a consumer carrying any of the above-listed devices, and interested to taste the new features before anyone else, then you are most welcome in this procedure.

Coming onto the firmware, the Chinese manufacturer is pushing off the early adopter software with version 3.0.0.82. Although we do not have any details of the update size. Yet, we suggest users keep at least 2.0GB of free space in their devices.

Notably, this beta adaptation is only for those users who have signed up for the registration and have been selected successfully. But don’t worry. The registration is still in support as it needs 2000 users for giving a good start to the process. Thus, you still have a chance to enroll yourself in this program by the end of this month.

How to register yourself in the beta program?

The registration path that will lead you to the latest HarmonyOS beta version is very simple, All you have to do is, Open the My Huawei App on your smartphone or tablet. On the home page of the application, select the Upgrade Early adopters option.

Now keep following the on-screen prompts carefully. And voila! It’s done. Now you will be able to catch a look at the exclusive features of HarmonyOS 3.0.

20400 testers have been selected for first batch HarmonyOS 3.0 beta