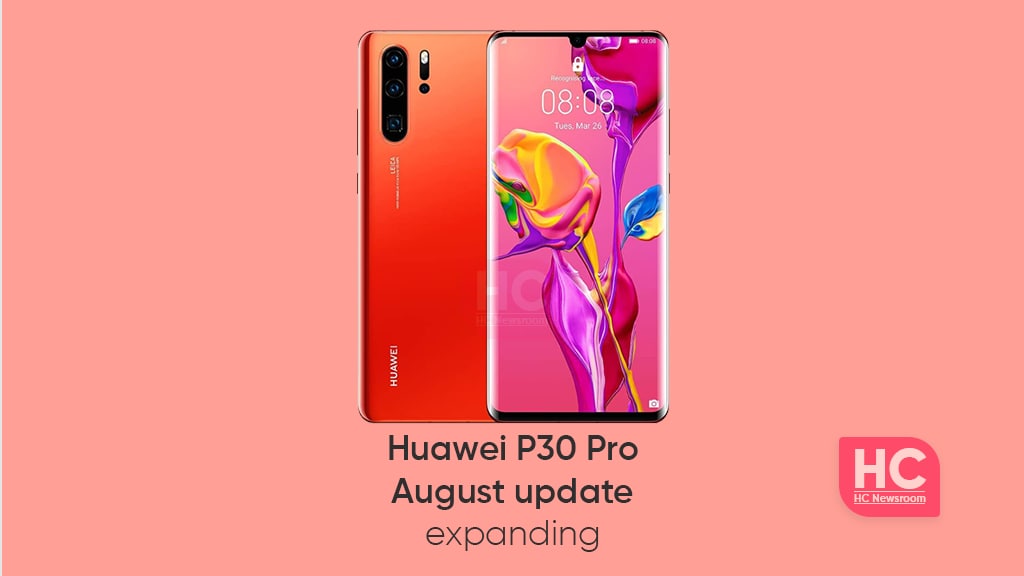 Huawei has started expanding the August 2022 firmware for the P30 Pro smartphone. The update brings you the latest security patches released to improve the phone’s system security.

However, even if you cannot get this update onboard, don’t worry, Huawei P30 Pro smartphones are inheriting the August 2022 firmware in batches. So, it will drop into your phone eventually.

However, if you want to get it right away, then keep an eye on the firmware update settings.

Huawei P30 and P30 Pro currently run EMUI 12, which has a number of new features including a better user interface. We hope that the phone should also receive EMUI 13 to keep it going on with new energy.

Meanwhile, if you haven’t already, then you should hop on to the new EMUI version to get its latest offerings.

Introduced with Kirin 980 chipset, Huawei P30 Pro is the world’s first quad camera Leica branded smartphone. It’s also the world’s first phone to equip with periscope zoom and brought this camera capability to consumers and then it was copied by other Chinese phones.

On the flip side, it has a stylish design that looks way too aesthetic and was way ahead of any smartphone in the industry. Yes, the P30 Pro also lead other companies and started the trend for this design race with new gradients.

Huawei P30 Pro also launched with brand new software thanks to EMUI 9.1, later on, the company released EMUI 10.0, 10.1, and EMUI 11, and now the phone is running EMUI 12. However, the phone keeps on receiving new software built with the latest security patches, which is a good treatment for the P30 Pro users.