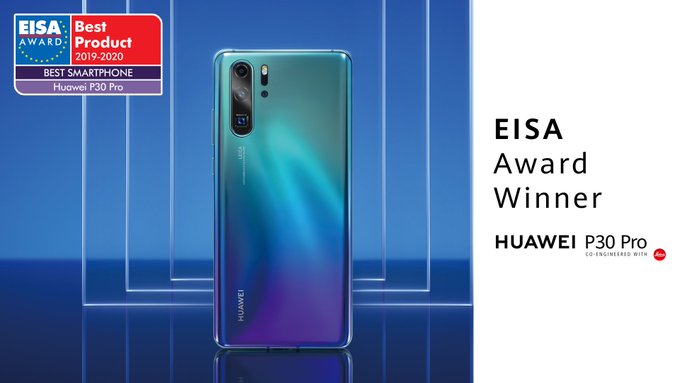 
On August 16, Huawei P30 Pro received “EISA Best Smartphone 2019-2020” award from the European Image and Sound Association (EISA), which counts as the second year straight win for the company in this category.

EISA praised P30 Pro’s low-light photography skills as being “by far the best you can currently get from a smartphone. It also praised the ultra-wide lens, portrait mode and the periscopic 5x telephoto lens of the phone saying that it “surpasses any of its competitors.”

Huawei will be formally awarded during IFA at EISA Awards Ceremony on September 6th in Berlin.