[Update: We have an official confirmation about this rumor: Huawei denied the news and added: “Any information to this effect would be released through official channels”. It means the news from Global Times isn’t true.]

If we believe in the latest report, it can be the right thing to do. 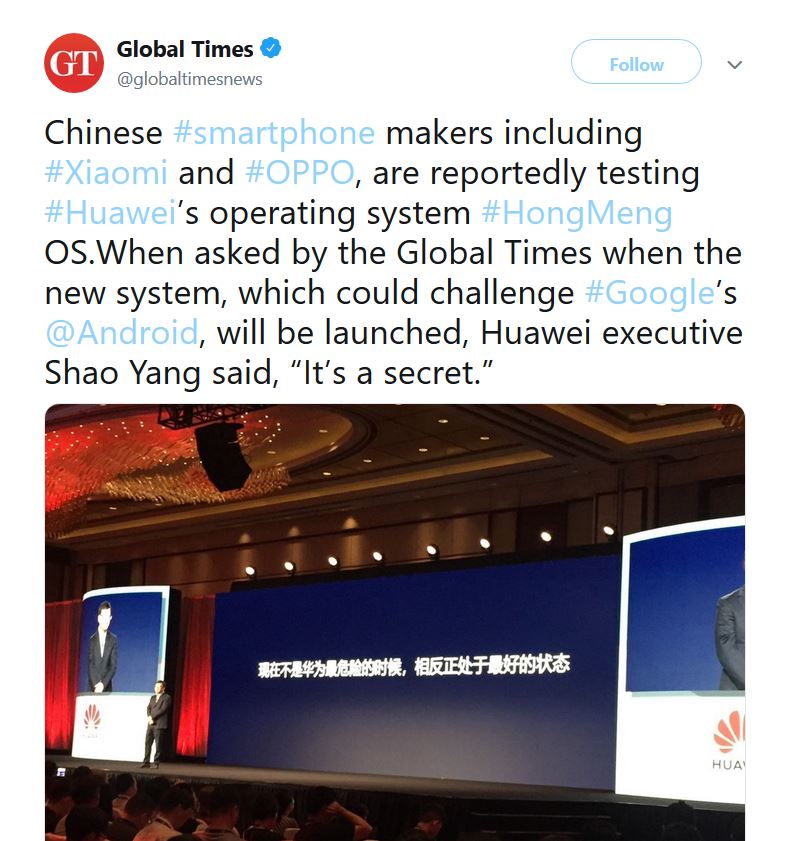 In the global market in 2018, among the top six mobile phone brands, three mobile phone companies are Chinese – Huawei, Xiaomi and OPPO.

With support from other domestic mobile phone brands, the Hongmeng OS is expected to step out of the Chinese market and provide opportunities for its further development and growth.

We have reached to Huawei for the confirmation of this story.

Note: We don’t confirm this news. The above article is completely based on the report from Global Times.