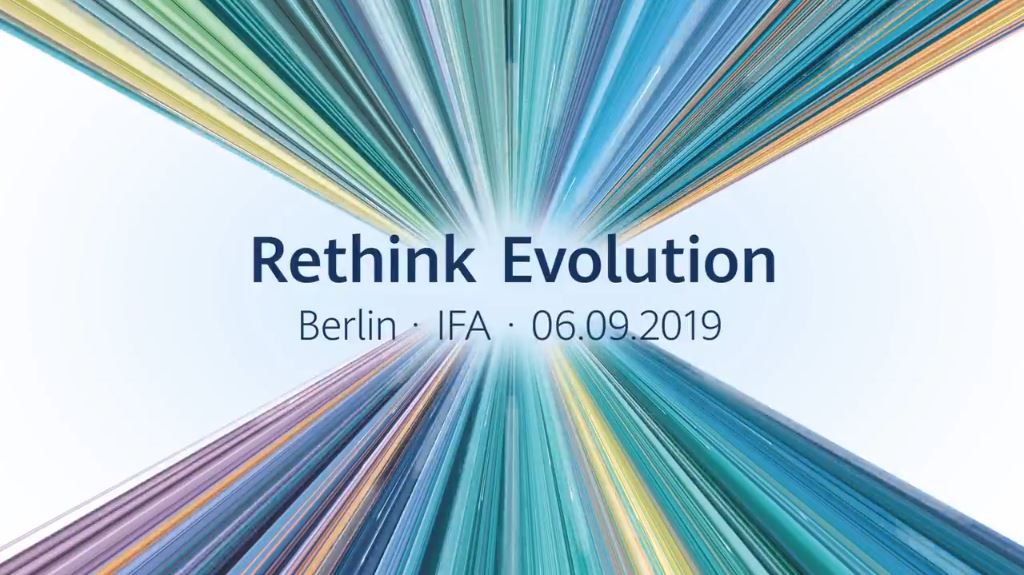 
Huawei today has officially confirmed that it’s taking part at IFA 2019 on September 6 in Berlin, Germany with the slogan of “Rethink Evolution”.

IFA 2019 will officially kick off on September 6 and Huawei would introduce new Kirin 990 processor (4G) and its 5G variant because it was reported that company has been developing a 5G embedded chipset and there will be an LTE version for a Mate 30 series 4G and other devices.

Although we’ll have to see if Huawei really announces two variant or it’s willing to use separate modem and processor combination similar to Kirin 980 + Balong 5000 5G modem.

Also, the company can announce information on 5G connectivity, AR and VR technologies, EMUI 10 and others. Additionally, Huawei can give updates on Mate 30 series, Harmony OS and Huawei Mate X.

Every year the company uses this occasion to launch its new flagship Kirin processor followed by the premium Mate series smartphones in the next month. This year, the company is expected to launch the Kirin 990 processor and Mate 30 series in the same month.

Until we reach IFA, Huawei can publish more teaser ahead of the event, so we’ll keep you updated about them.

How do you envision 5G changing the way we communicate? Follow #HuaweiIFA2019 for more info. pic.twitter.com/H6rvaIuhav