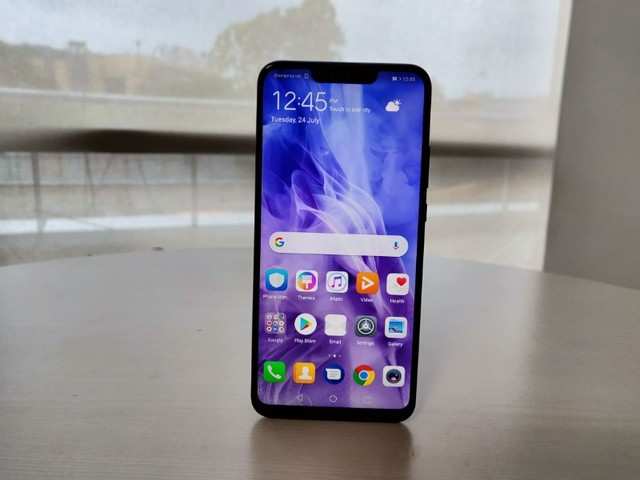 
The user of Huawei Nova 3 mobile phone broke the news two days ago that his father was injured by Nova 3 battery explosion and the thigh was severely wounded.

However, the incident has reversed today. Clarify that the exploded battery was a third party and the accident had caused by an unofficial battery.

EMUI 9.1 is coming soon to these 7 Huawei devices

What happened exactly? A Weibo user @身好虎 (via expreview) two days ago broke the news that his father was injured by Huawei’s Nova 3 mobile phone battery explosion, from the pictures he provided before, the phone burned seriously, and his father’s thigh also had a serious burn.

For the cause of the accident, Li Xiaolong, the director of Huawei’s mobile phone product line, also responded in the group. The battery cover was removed before the mobile phone burned, and there was no trace of burning.

For this accident, Bruce Lee said that Huawei already has someone to deal with. 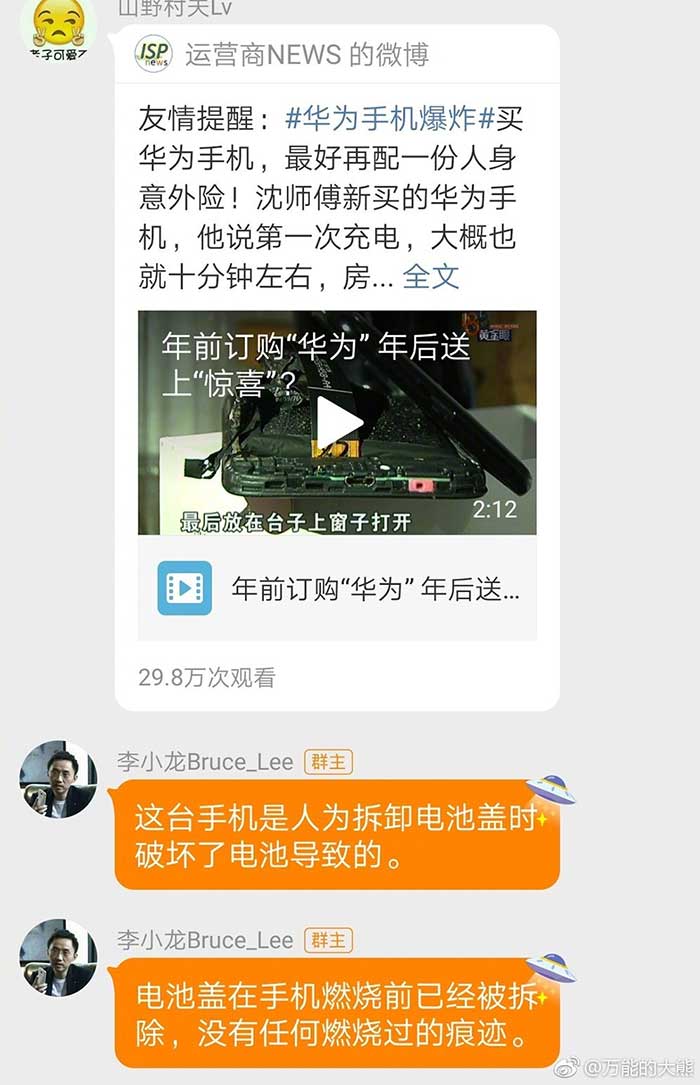 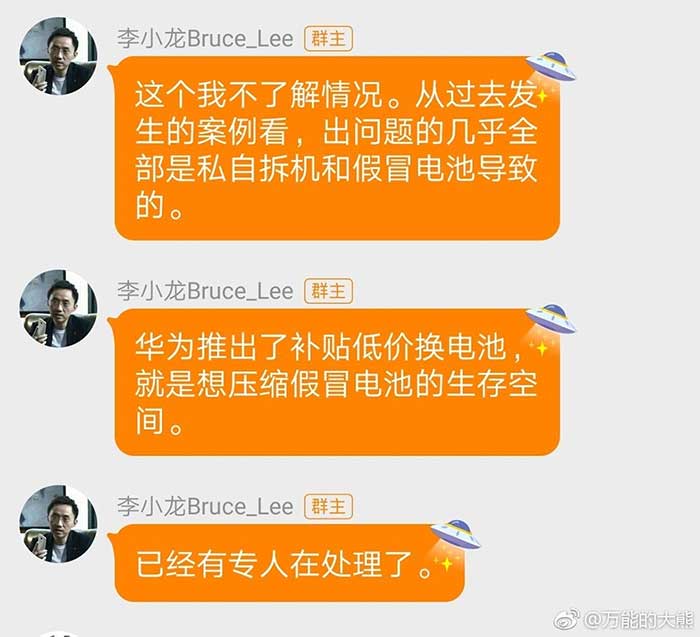 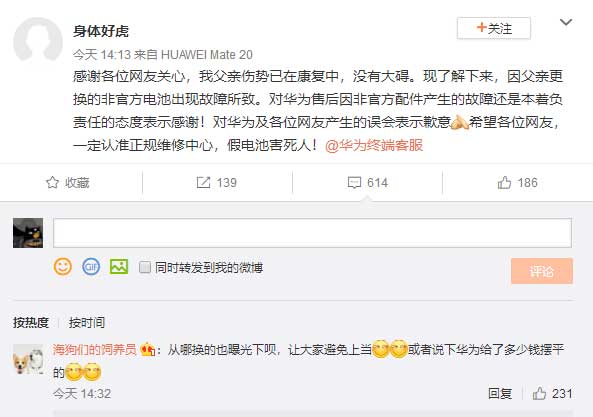 This afternoon, the Nova 3 battery explosion party @身好虎 clarified on Weibo that the accident was caused by the failure of his father’s replacement of the unofficial battery. 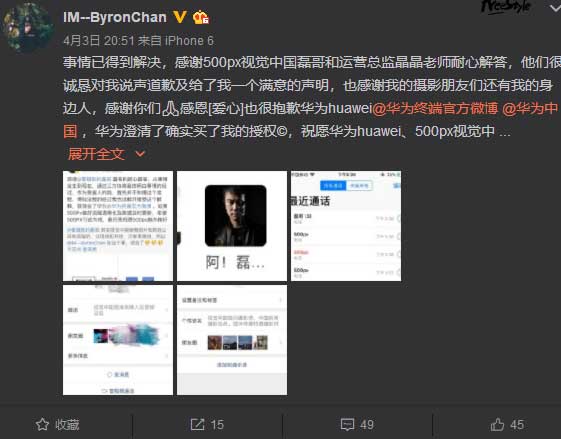