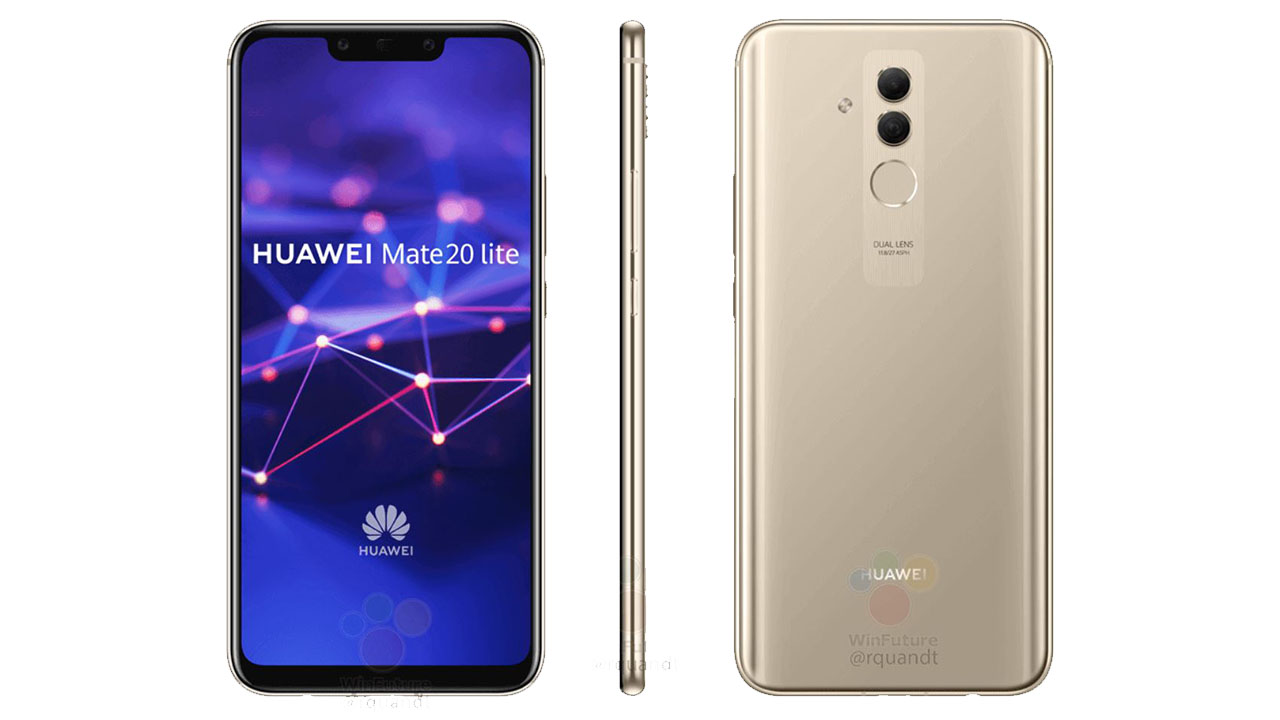 
Huawei Mate 20 lite is a phone that will represent the lite version of the upcoming Mate 20 series. Recently Huawei Mate 20 Lite passed through TENAA and revealed its specs and now the device’s original exposure came out in the light.

According to the images received from Winfuture.de, that shows the similar device structure that we’ve found through TENAA. Mate 20 lite is represented in Two color one is Gold and another is Black. Huawei Mate 20 Lite will feature a 6.3-inch TFT display with the resolution of 2340X1080 alongside notch design, powered by Kirin 710 SoC combined and comes with 6GB RAM + 64GB internal Storage (no confirmation about storage expansion).

According to the source, the Huawei Mate 20 Lite is expected to be on sale by the end of August and will cost around $ 400.