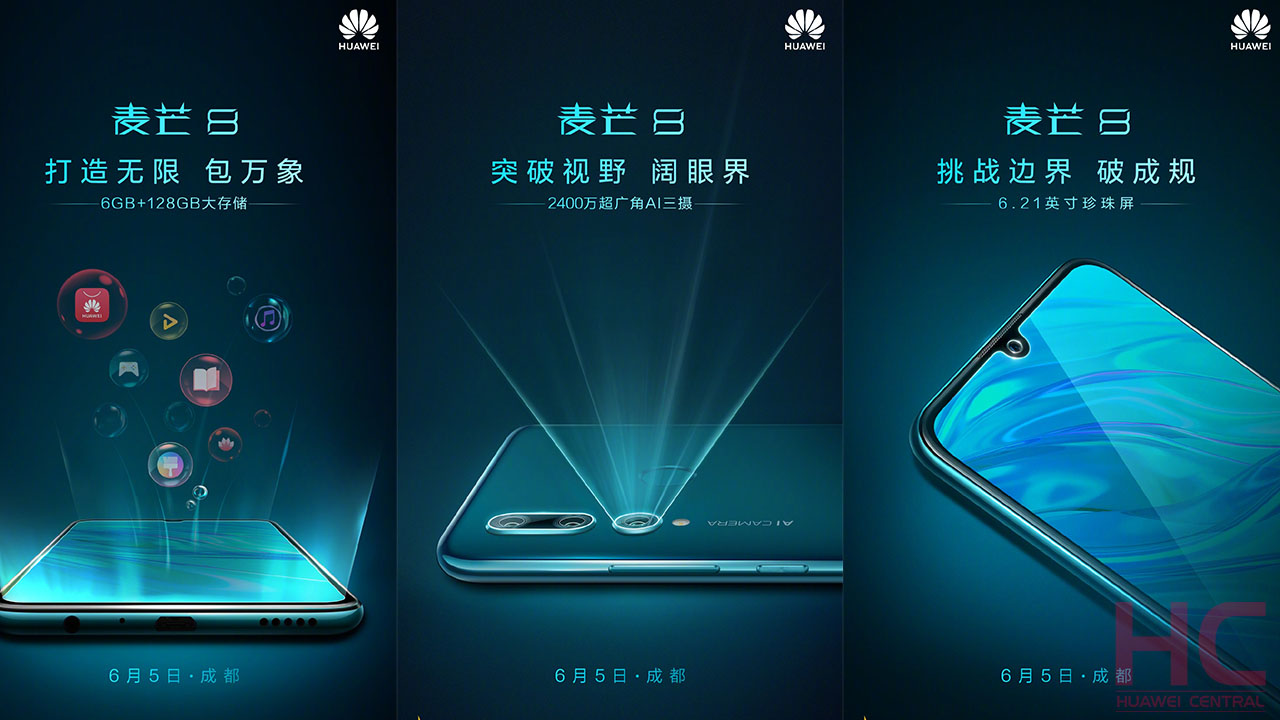 
We’ve reported that Huawei Maimang 8 AKA Mate 30 Lite will be launched this week in China, and now the company has officially announced this device’s existence and some of its key features.

Hongmeng OS to launch in September inside Huawei Mate 30 Series

According to Huawei, the Maimang 8 will feature 6.21-inch water drop notch display, with 6GB of RAM + 128GB internal storage. Although, the company is yet to confirm the processor of this phone.

Also, the phone will also come with a triple rear camera setup including a whopping 24MP Super wide-angle camera, which wider than the P30 Pro (20MP) and Honor 20 Pro (16MP).

Moreover, it has a 3.5mm headphone jack at the bottom and there’s a micro USB interface for charging.

Huawei Maimang 8 is scheduled to launch on June 5 in Chengdu, China. As its price could be somewhere below 2500 Yuan (325 Euro).