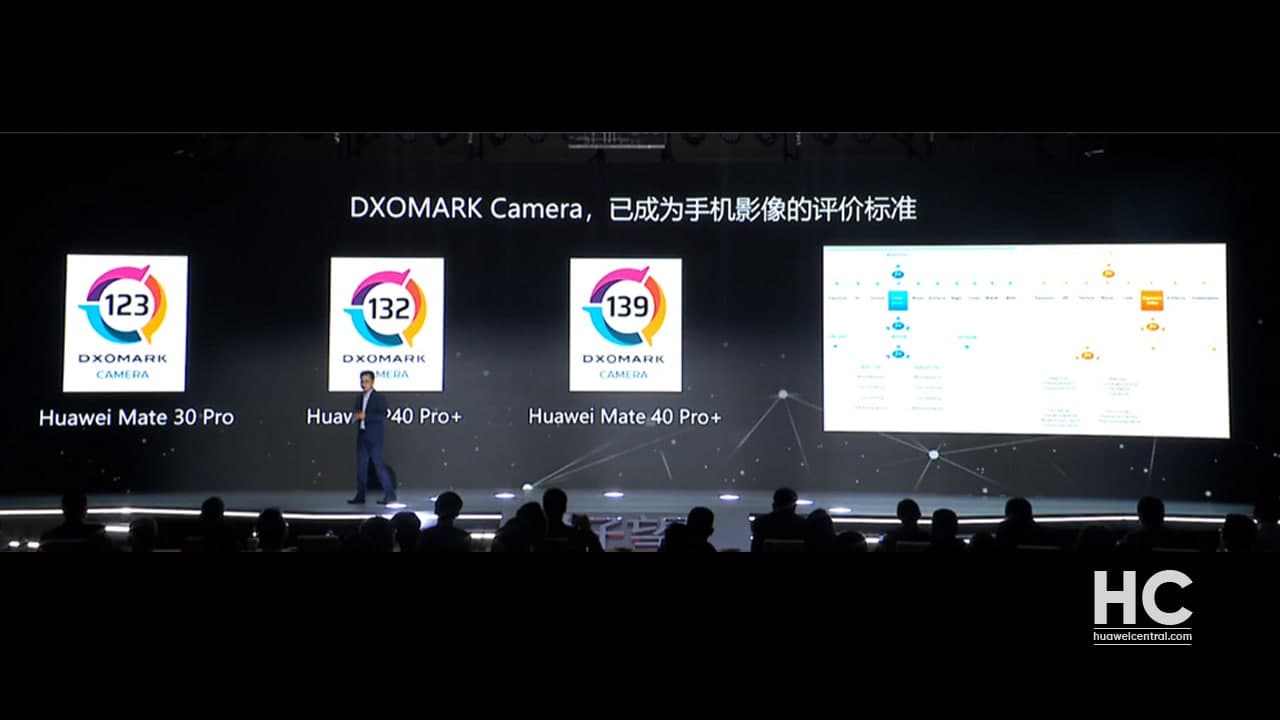 President of Huawei’s machine vision- Duan Aiguo, commented that he has faith in today’s press conference, it is the beginning of a new era in digitalization. He accepts although Huawei’s business scale is not a leading firm in the camera industry. Even so, he is willing to make more appeals for the development of the industry.

At the event, Duan Aiguo talks about the tough smartphone-smartphone competition. Every vendor claims to provide the best product, but there is no defined standard for a long time.

He said, with the debut of the DXOMARK Camara, mobile phone images had a unified evaluation for camera proficiency standard.

Talking about the line of the Huawei Mate 30 Pro to Mate 40 Pro + mobile phone, the DXOMARK score soared from 123 to 139 in about three months. The images and video were highly appreciated in the market.

As of now, the machine vision industry does not have an evaluation standard. This is the reason behind, Huawei proposed MVB (Machine Vision Benchmark). This standard, mainly majorly inspects two aspects:

The president informs that the standard was activated last year and supported by many industry organizations including the China Security Association. He confirms, now the project has been approved.

Moving ahead of the process, the company has already set a professional laboratory called Mozi, Hangzhou for testing with robots. Duan Aiguo said that this is different from the long-established security system where people go outdoors for blind testing.

Huawei released new seven products at the event featuring the most advanced technology.

According to Duan Aiguo, the visual industry is currently encountering challenges in development from taking pictures to viewing them on machines. And this “look” with quotation marks includes three links: look, save, and use. In the three links, machine vision needs to make the machine see more accurately, more available data, and more efficient decision-making.

As the solution of this, recently released seven products includes six iterations of the first-generation products released in 2020 and a new AI software-defined camera. Most importantly each of Huawei’s machine vision products this time has launched a number of optional models such as high-end as well as economical.

The Rubik’s Cube featuring a panoramic F1.0 large aperture Mozi camera along with a detailed zoom camera and coordinated is two lenses is one of the important products released by Huawei.

It is an all-weather smart camera that takes into account the panorama and details. It can realize all-target perception and is easy to deploy.

To mention the industrial standard for cameras, it requires to have a 2.5-3 meter pole. And it is hard to achieve structural recognition for the 4.5-6 meter pole that is common in cities.

Considering the circumstances, the Rubik’s Cube is the solution, which is fully structured based on a 4.5-6 meter pole through a zoom lens and AI algorithm, avoiding the cost of the pole again.

The Rubik’s Cube: the new benchmark for low-light full-color

It has the RGBW candle dragon series. It adds the white light to the red, green, and blue light respectively. First time in the history of the company, the red, green, blue, and white ultra-sensitive chip sensors are used.

This sensor chip used in the smartphone is applied in the field of smart security. The Rubik’s Cube increases the quantity of light entering by 75%, and Duan Aiguo regarded it as the new benchmark for low-light full-color.

Rubik’s Cube uses deep learning algorithms to denoise (eliminate noise while recovering real detail) images and videos. It supports exposure tuning, multi-frame fusion, and AI motion prediction. Additionally, it is small in size, and the imaging area is said to have increased by 64%, but the volume is only 1/3 of the same model in the industry, and the weight is 40% of the same model in the industry. 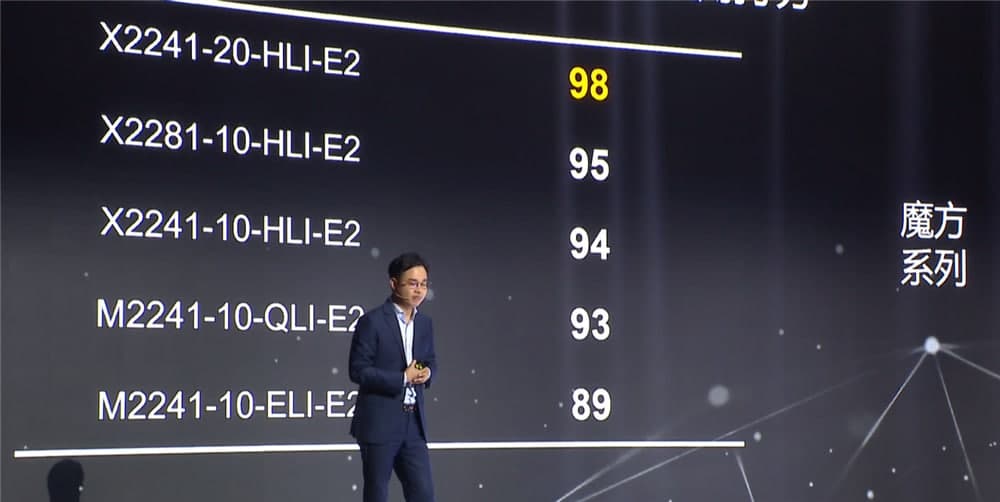 Duan Aiguo said that Rubik’s Cube is still a “carbon neutral” camera. It espouses the cold and hot compartment design, AI, communication, and other heating modules are placed at the back, and the optical module is placed at the front, which increases the surface convective heat transfer coefficient by 1.5 times. It is said that 50,000 cameras of this kind are deployed in cities, which is equivalent to a variety of 3,700 trees.

Furthermore, he added, with the goal of “finding a city wall with full firepower”, the Rubik’s Cube series released a full series of five products in one go, offering different choices of high, middle, and low end, four of which were listed on the market 3.31.

In terms of MVB score, Mozi Lab’s test got a maximum score of 98 points for the Rubik’s Cube series, which is higher than other products in the industry.

As Measured by Mozi Lab, Huawei’s AI ultra-low light is up to 97 points. Duan Aiguo said that it is difficult for manufacturers in the industry to compare with Huawei, and even the economic version is stronger than the existing products in the industry. 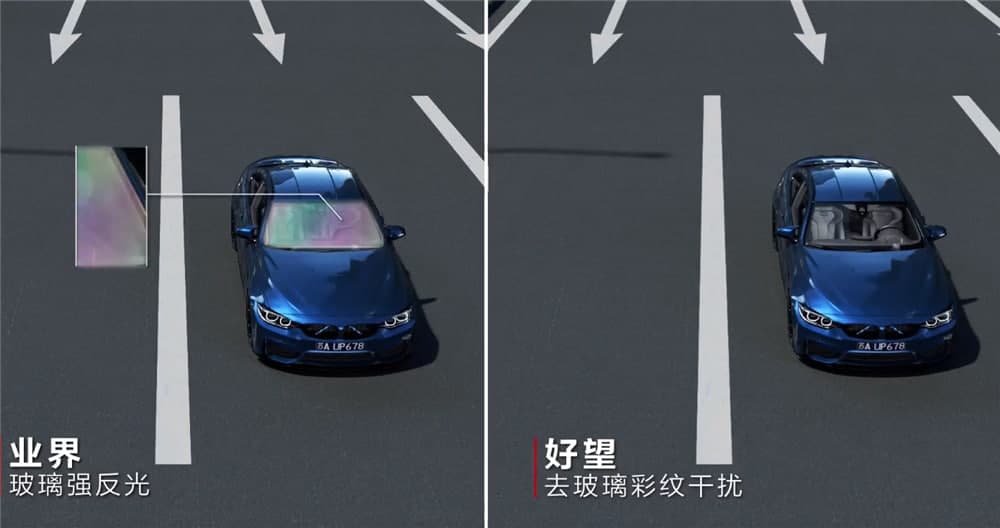 Fire Eye 2.0: Observe the fire conditions in a radius of 10km

Previously launched Fire Eye 1.0 can detect 5km visible smoke and thermal imaging. But this time, Version 2.0 is determined to monitoring over 5km required by 20-30% of manufacturers.

In comparison to the previous one, the fire eye 2.0 has majorly developed in the following aspects:

Four-no ecological camera 2.0: Ultra-long standby 30 days under the opposite conditions

Last year, Huawei Machine Vision released Four-no ecology 1.0, breaking the physical limitations of the camera layout, was the highest deployed camera in the world of the time covering more than 2,000 sites in 15 provinces across the country.

It can be used with no electricity, no network, no light, and no on-site operation and maintenance. It sports an integrated optical storage module, a single and double-wing design photovoltaic panel, and is equipped with a super blade lithium battery.

Duan Aiguo mentioned a review of a customer of Gansu Electric Power. According to him, it was necessary to send people to drive and drones to inspect transmission lines. Now there are four cameras, everything is in sight without extra effort.

The Four-no ecological camera 2.0 has the following four improvements:

In 2020, the IVS3800 will solve the box stacking problem, and the algorithm and application will be more open. It is said that IVS3800 has been delivered in more than 750 large-scale projects.

The 2.0 upgrade can be seen in the following aspects:

The IVS1800 has a smaller size than the IVS3800, which is suitable for scenarios such as the edge of the campus. It is expected that thousands of projects have been launched and adapted to more than 20 algorithm manufacturers.

IVS1800 2.0 has similarly upgraded edge-cloud collaboration and super coding. Not only SDC (Software Defined Camera) can fetch algorithms from the cloud, but also edge boxes. Duan Aiguo said that Huawei is breaking the chimney of a camera, a box, and an algorithm, just like the transformation of smartphones from feature phones to smartphones.

At the launching event, the Chinese tech company released three IVS1800 products. As of now, a total of 6 products have achieved full-scene coverage.

The solution holographic intersection 1.0 camera combines radar, camera, edge computing, high-precision maps, and other technologies to achieve visual and radar fitting, and refined management of the intersection for digitizing and smarten the road infrastructure through real-time intersection data collection and analysis.

The upgraded version will rationally optimize signal control and adapts to multiple intersection forms. We can see the development majorly in the following:

President Aiguo also discussed the original intention of machine vision for traffic bayonet. He hoped that from holographic intersections to holographic road sections, to the holographic road network, and finally, the whole-scene smart transportation can be realized when all elements of the city are perceived.

Holographic intersection solution digitalized the urban traffic management and increase the safety and efficiency of intersections.

After clarifying the industry direction of “showing to the machine”, Duan Aiguo said that Huawei’s thinking is: “Where is our root and what kind of differentiation is made.”

Duan Aiguo believes that Huawei’s machine vision has the following three basic technologies in terms of viewing, storing, and using:

It majorly focused on three main links- lens, sensor, and ISP chip, so that you can see clearly throughout the day. Huawei’s Terminal Multimedia Technology Department also creates an all-weather image experience from these three links.

Talking about the lens, Huawei has already created the Mozi series of lenses. such as the best-selling product “Erlangshen” model used in this lens, using a periscope module, taking into account light transmission and light splitting.

About the sensors, Huawei launched the “Candle Dragon” series of sensors, using the RGBW light technology in the smartphone field to be the first in the security field; in terms of image ISP, Huawei proposed to convert the computing power to the image to achieve anti-shake, fog penetration, and anti-smearing, etc. effect.

Huawei has already registered about 5,000 audio and video patents, which is said to be an inexhaustible treasure. We can see the future determination of the Company.

SuperCoding: 1TB compeer to 3TB and stored up to 90 days

As far as image video storage is concerned, Huawei is a major contributor to H.264, H.265, and H.266, and uses super coding technology to store valuable videos for a long time.

SuperCoding supports refined ROI analysis, pixel-level segmentation of video streams, hierarchical quality evaluation, and intelligent and precise code control. It is said that 1TB of memory can be worth 3TB, and the original 30-day video can be stored for 90 days.

In terms of video “use”, President Duan Aiguo said that Huawei’s root technology lies in AI Turbo. For instance, Duan Aiguo said that compared with other products in the industry, 1TOPS can detect and capture 20 targets. Huawei products are based on AI Turbo and can perform 40 monitorings. 1TOPS can be used as 2TOPS to improve the cost-effectiveness of computing power. 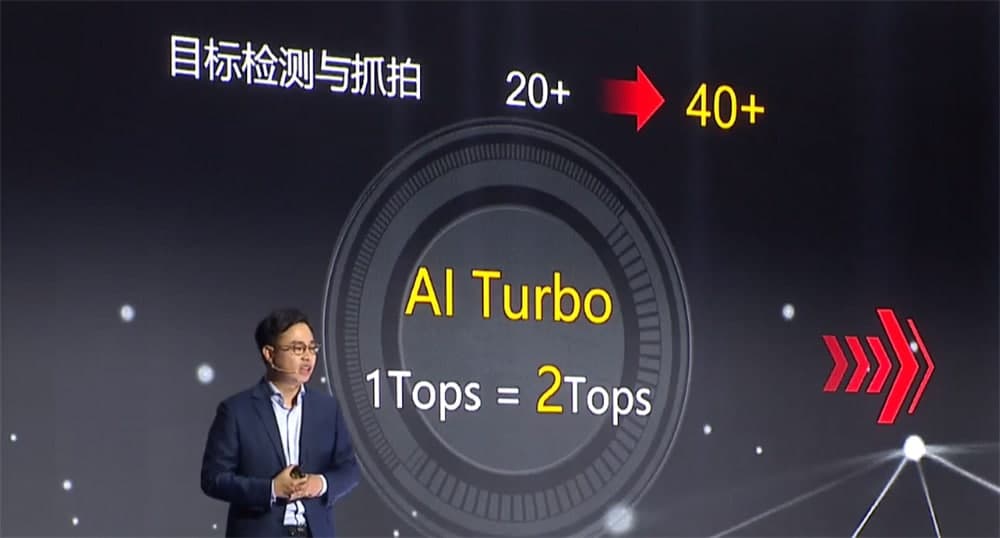 This time, Huawei’s machine vision explained its judgment on the future industry direction, put forward the key point of “showing to the machine”, and interpreted Huawei’s three-dimensional innovative “root technology” from seeing, storing, and using, and proposed the industry-standard MVB.

Behind the innovation, Huawei also took the lead in practicing, releasing seven major products in one go that define the future of images. It not only iterated last year’s new products but also launched a brand-new AI full-color binocular product with carbon-neutral characteristics.

The rapid development bringing us in the direction of an intelligent society, moving towards the digital world to everyone, every family, and every organization, and building an interconnected world. Smart world.