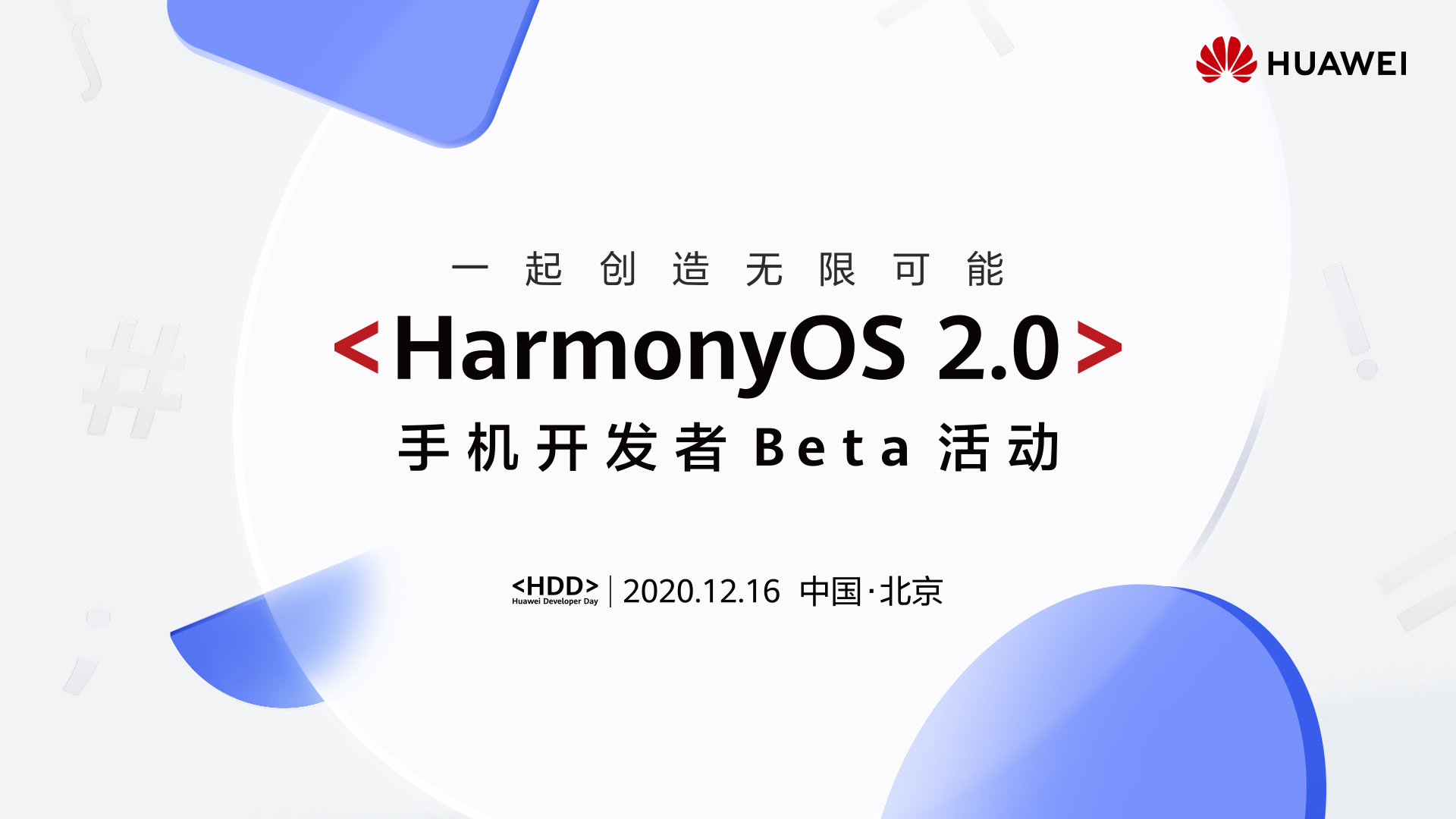 
We recently reported about HarmonyOS (Hongmeng OS) mobile beta launch and now Huawei has officially confirmed it officially that the mobile beta of HarmonyOS 2.0 beta will unveil on December 16 at the Huawei Developer Day (HDD) event.

At the launch event, Huawei will also launch a new set of tools to develop apps for HarmoynOS 2.0 mobile and help users to understand the basic ecology of this upcoming smartphone operating system.

Furthermore, there will be various developer activities and face to face conversation at the venue organized by Huawei for the attendees.

Currently, it’s not confirmed which devices will first get the HarmonyOS 2.0 beta on their smartphones but it’s likely that Huawei will open the beta program first for the Huawei Mate 40, P40, and Mate 30 devices.

You can check the full event schedule linked in the article below.