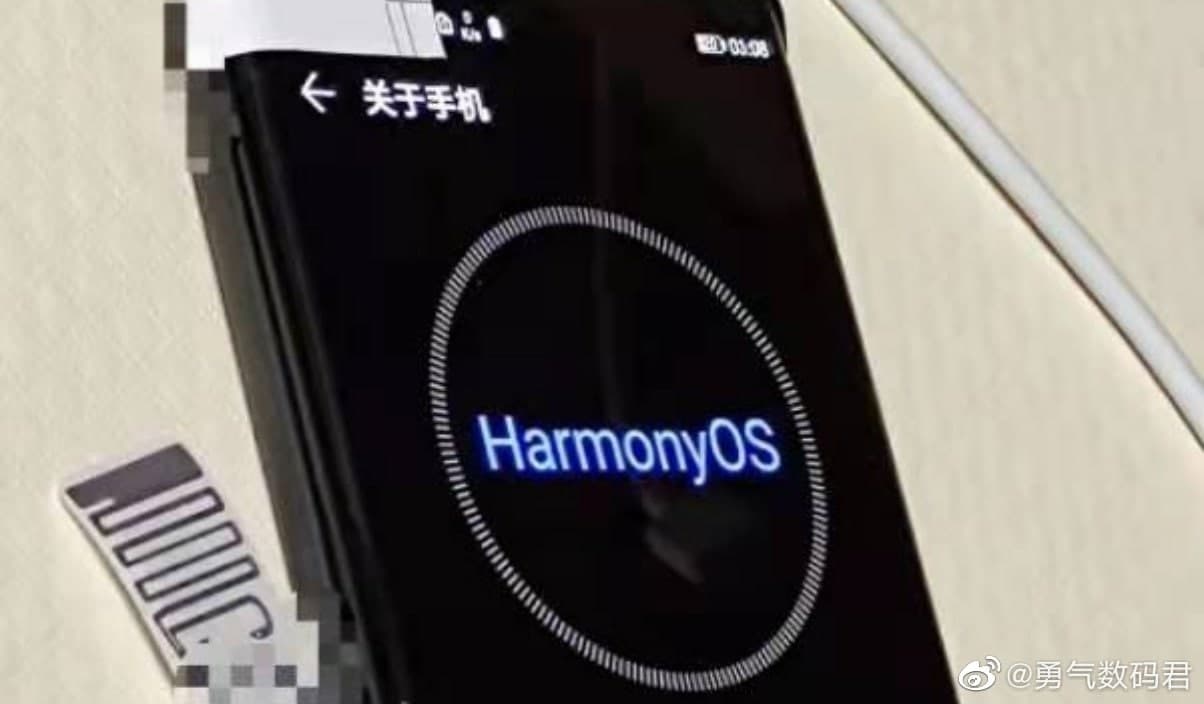 Huawei is planning to launch the HarmonyOS (HongmengOS) mobile beta, allowing developers to prepare applications for the first HarmonyOS mobile app ecosystem. Although HaymonyOS is also in work to launch on an upcoming smartwatch, there’s one more device platform that we may see running HarmonyOS soon.

According to a tipster from Weibo, Huawei is working on a new tablet that could launch alongside the Huawei P50 series in the first quarter of 2021. More interestingly, it could come with pre-installed Honmeng OS (HarmonyOS) dubbed as “Pad OS”. 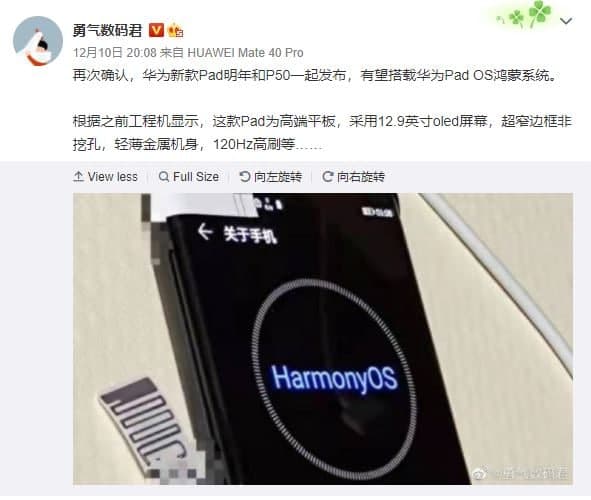 The tipster also suggested that this tablet will equip with a 12.9-inch OLED display with a 120Hz refresh rate, narrow bezels without punch-hole, a thin metal body design, and more.

Furthermore, a picture shared by the tipster shows an engineering device with the HarmonyOS logo, similar to the About section of the EMUI software system. However, we cannot confirm whether it’s real or fake.

Meanwhile, the launch date of the Huawei P50 series is yet to be known but it may happen in late March 2021.

Another tipster from Weibo – Digital Chat station, Huawei’s next MatePad Pro device will equip with Kirin 9000 chipset and if Huawei is planning to introduce HarmonyOS in a tablet then it is more likely to be from the MatePad series. While there’s no official information available about the launch of a new tablet or Pad OS at moment.

At Huawei Developers conference 2020, Huawei launched HarmonyOS 2.0 and announced its development as well as the adaptation plan in the Huawei device ecosystem.