Despite the US restriction, Huawei has maintained its second spot among the world’s top smartphone manufacturers but the company has received some setback in the European region.

According to a report from Canalys, Huawei has sold 8.5 million smartphones with 18.8% market share compared to 10.1 million shipments and a 22.4% market share during the same time last year. As the total decline record is 16%.

Canalys analyst Mo Jia, mentioned that the US ‘Entity-List’ has affected Huawei’s market growth in Europe, as Samsung and Xiaomi has emerged as a direct beneficiary of this new breakdown. However, it’s expected that this slowdown will be temporary and may soon pick up the pace. 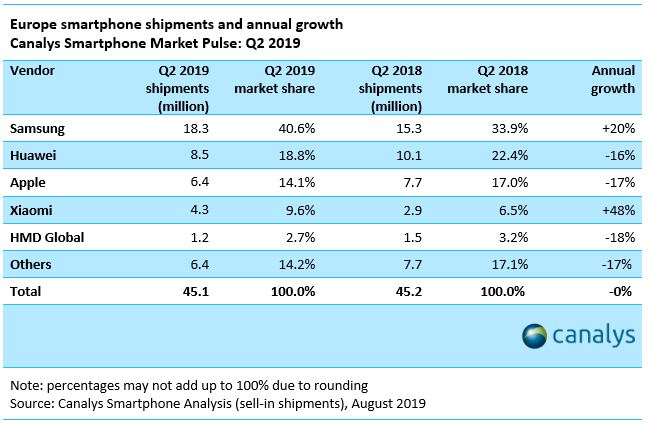