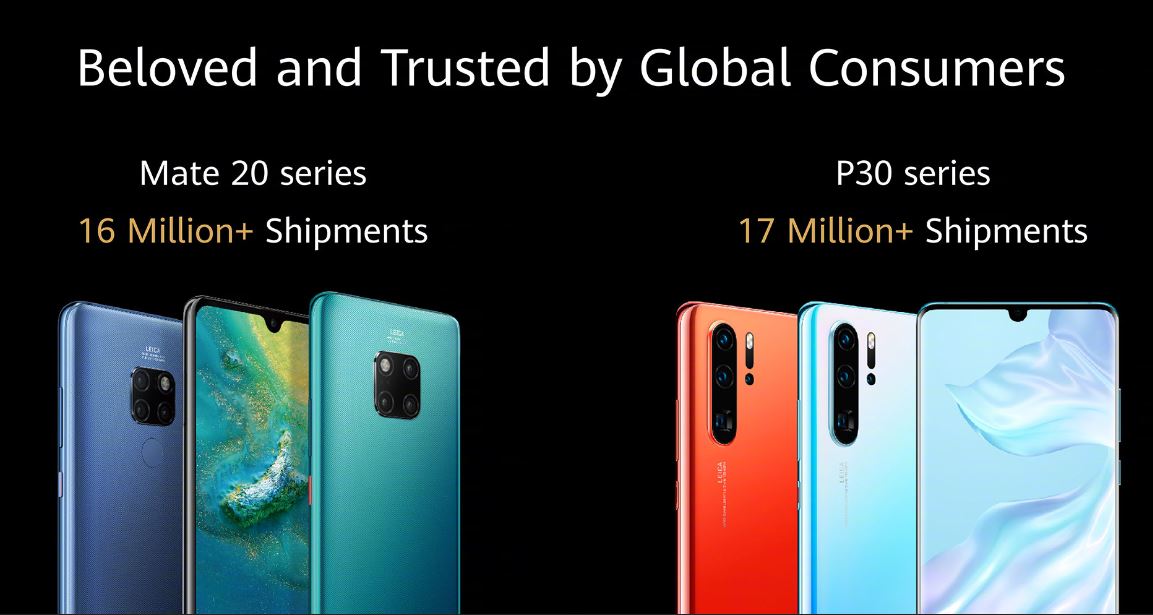 
On September 19, during the launch event of Huawei Mate 30 lineup, Huawei has announced that its smartphone shipment has grown by 26%, PC by 249%, Smart Audio by 256% and Wearables by 278% YoY from January to August this year.

In Addition to this announcement, Huawei Watch GT has completed 3 million units since its launch. Moving ahead without being affected by the US curbs.

In order to boost the sales of Huawei P30 series, Huawei recently announced two new Huawei P30 Pro color variants that will get EMUI 10 upgrade out of the box.

At MWC Shanghai 2019, President of Huawei announced, as of June 20, Huawei P30 series sold over 10 million units in the last 85 days, which is a score achieved 62 days ahead of P20 series’s 10 million shipments.