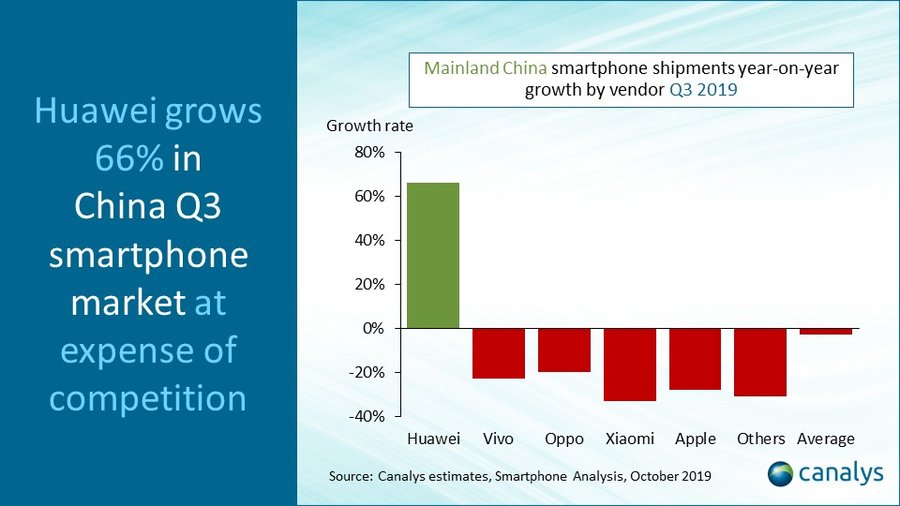 
Despite all of the US tactics, Huawei is growing high and currently moving at the top speed. And in the third quarter of this year, Huawei has again increased its market share and growth rate in the largest smartphone market in the world.

According to the market research from Canalys, Huawei has expanded its lead in China with Q3 2019, which counts as the sixth consecutive quarter of double-digit growth amid the slowdown in the Chinese smartphone market.

To be noted the figures shown in the report includes the sales count of both Huawei and its subsidiary Honor, which is doing a fantastic job for its parent company.

“Huawei opened a huge gap between itself and other vendors. It has 25% more share than this quarter’s runner-up, Vivo,” commented Nicole Peng, Canalys VP of mobility.

“Its dominant position gives Huawei a lot of power to negotiate with the supply chain and to increase its wallet share within channel partners. Huawei is in a strong position to consolidate its dominance further amid 5G network rollout, given its tight operator relationships in 5G network deployment, and control over key components such as local network-compatible 5G chipsets compared with local peers. This puts significant pressure on Oppo, Vivo, and Xiaomi, which find it very hard to make any breakthrough.” 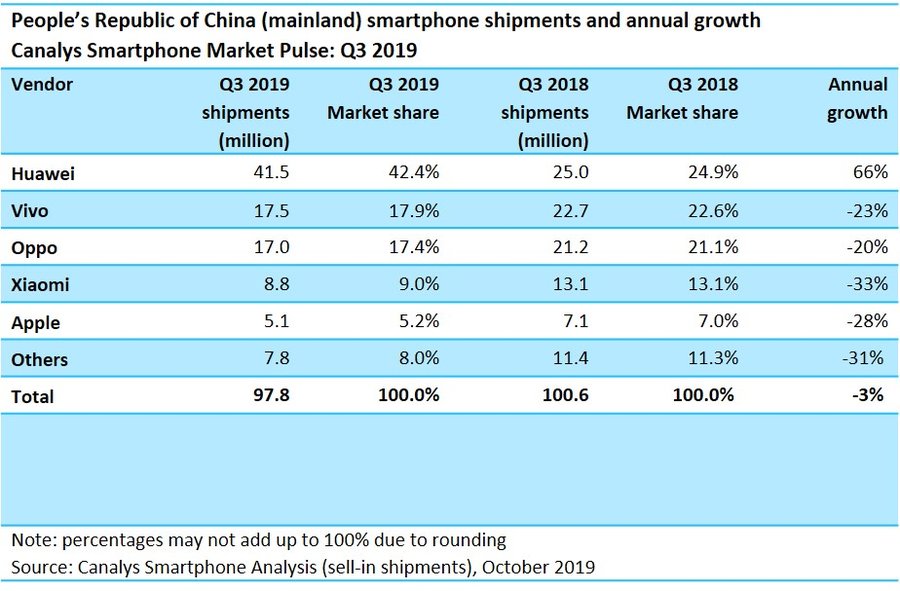