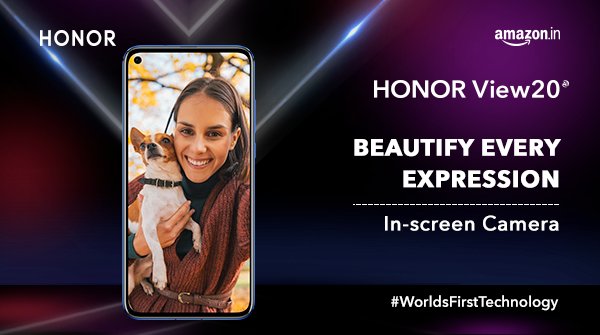 
Honor View 20 has launched today in India, with a 48-megapixel camera with Sony IMX586 sensor and ‘hole-punch’ display.

The View 20 feature a 6.4-inch display, Kirin 980 SoC and 8GB of RAM. The device supports GPU Turbo 2.0 technology, which is optimized for game experience, with 55% click delay optimization and 19% stroke delay optimization.

The Honor View 20 also sports an Aurora Nanotexture pattern at the back that forms a V-shaped design when light reflects on the surface.

Honor View 20 will go on sale through Amazon.in and HiHonor Store in the country starting 12 am (Midnight) IST from Wednesday, January 30. It will also be available via Reliance Digital from February.

The Honor View 20 was originally launched in China as the Honor V20. The smartphone was announced in Paris last week with a starting price of EUR 569/GBP 499. 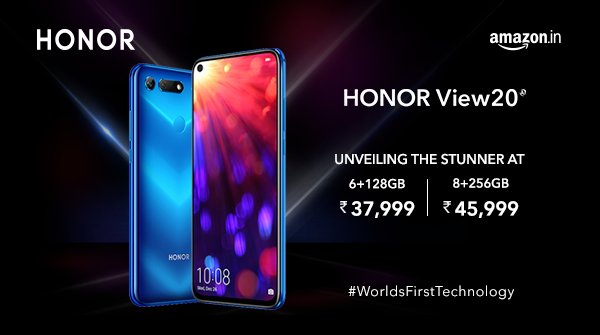