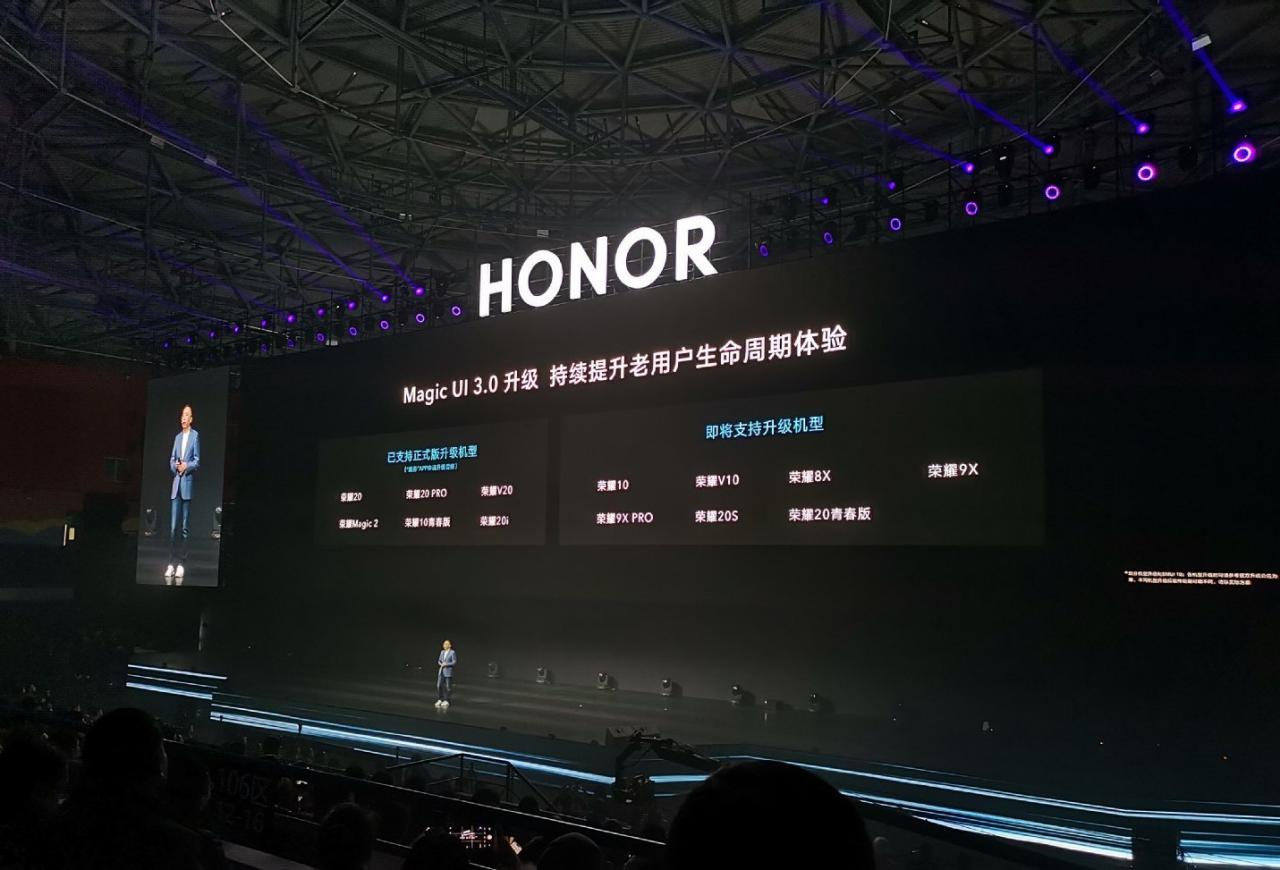 
At the launch event of the Honor V30 series 5G, Honor gave information on devices that are receiving Magic UI 3.0 and EMUI 10.0 or planned to be upgraded through the beta program. You can check the list below

Here are the devices are shown in the upgrade list:

Currently, smartphones including Honor 20 series, Magic 2, V20 have already received the stable Magic UI 3.0 upgrades and Honor 10 Youth Edition, 20i, 10, V10 and 8X are up for Beta program.

Another thing to note that Honor has not mentioned Honor Play in this list of eligible devices, which is a topic of discussion among its users. However, there are still other Honor devices left including Honor Play 3 series and old smartphones that can make their way to the list in the second phase.