Since not all models are upgrading to the latest version of EMUI, Honor 8X and Honor View10 running EMUI 9.1 receiving the December 2019 security update. 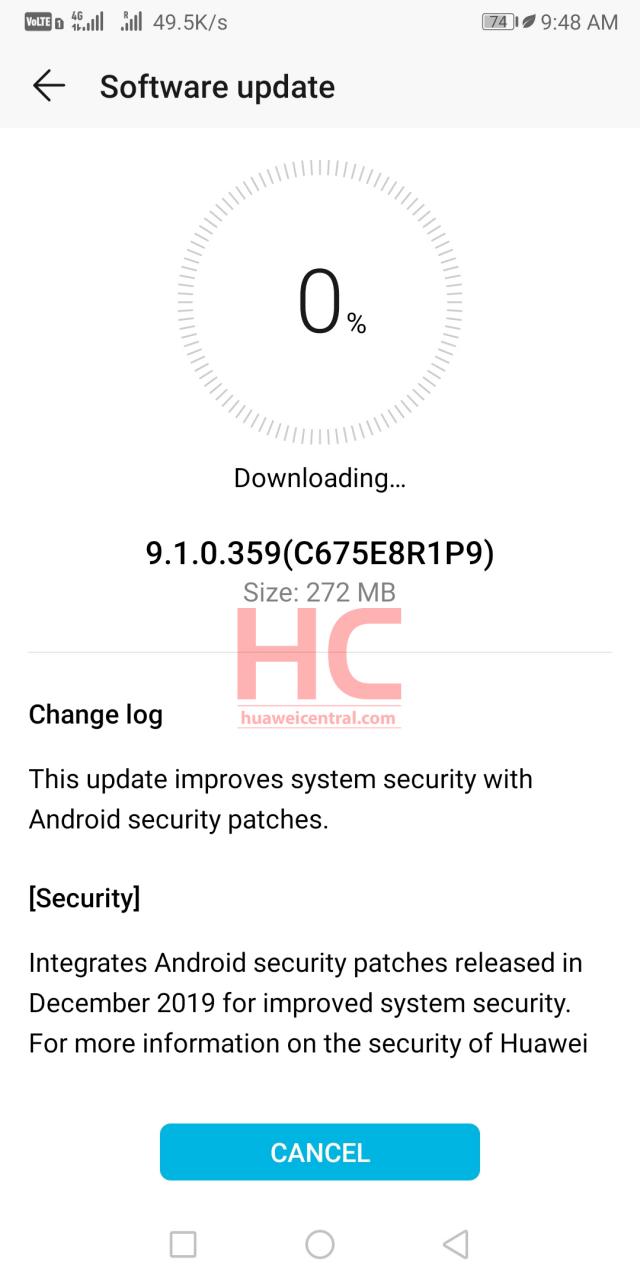