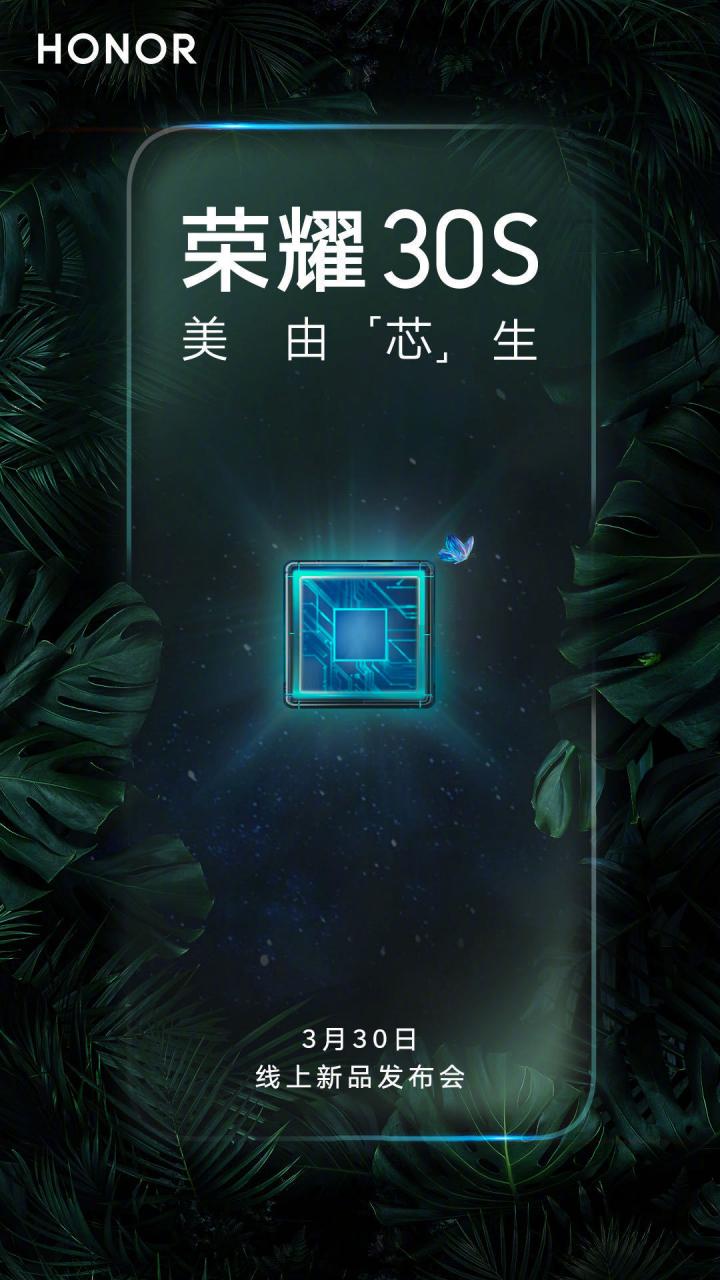 
On March 19, Honor officially confirmed that Honor 30S will launch on March 30 with 5G connectivity and powered by a new Kirin chipset.

The phone will have a punch-hole display and triple camera on the back, it’ll be equipped with 7nm Kirin 820.

According to the information, The Kirin 820 manufactured with the 7nm process, A76 CPU and Mali G77 GPU, compared to Mali G52 GPU in Kirin 810.

The new GPU is a big upgrade and also even higher than the Mali-G76 used in flagship Kirin 990. 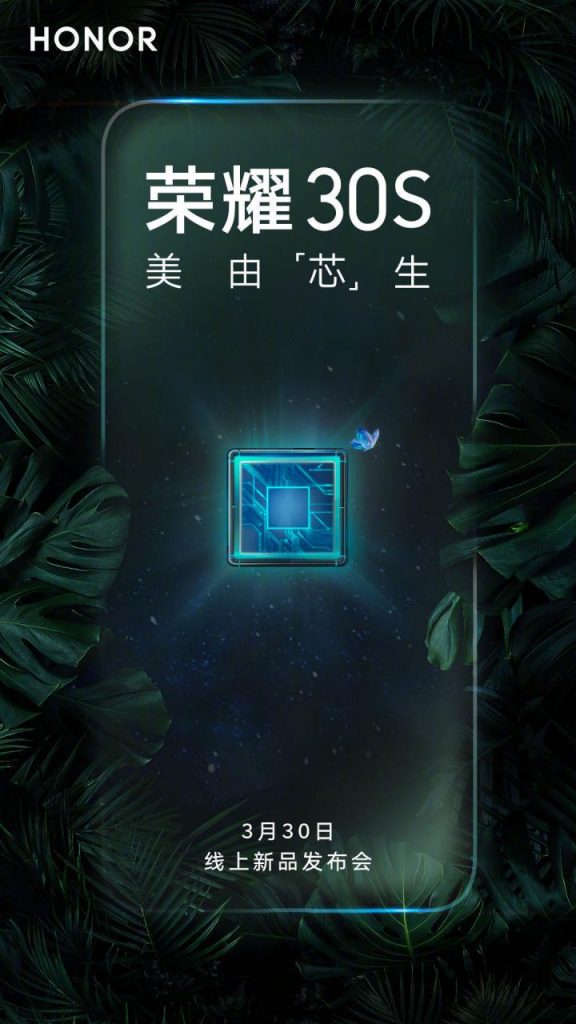