Today through an official Weibo post, Honor President Geroge Zhao confirmed to launch a new device on March 19 in China on a special occasion.

March 19 marks as the 8th anniversary of Vmall, Huawei’s official online store and Zhao told that the company will launch a new product. However, he did not reveal any other information regarding the product.

According the previous reports, Honor could unveil a new processor Kirin 820 5G embedded in the smartphone allegedly named – Honor 30S.

We’re following this story closely and looking forward to what Honor will going to unveil tomorrow – a new processor, phone or something else. 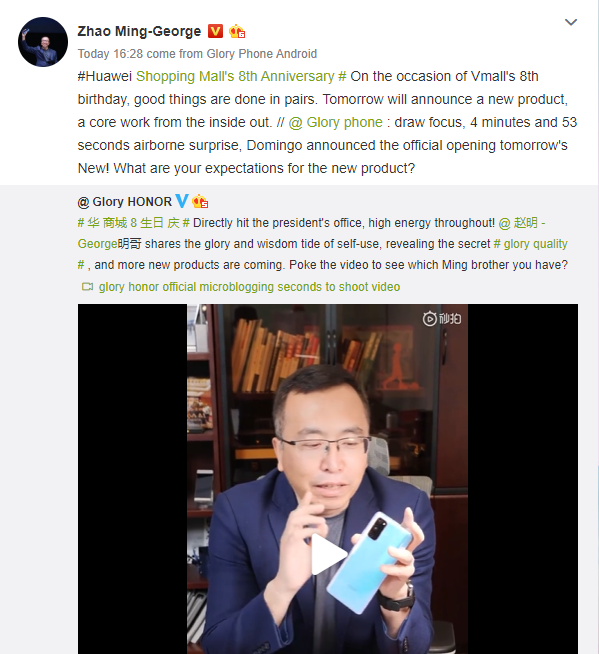