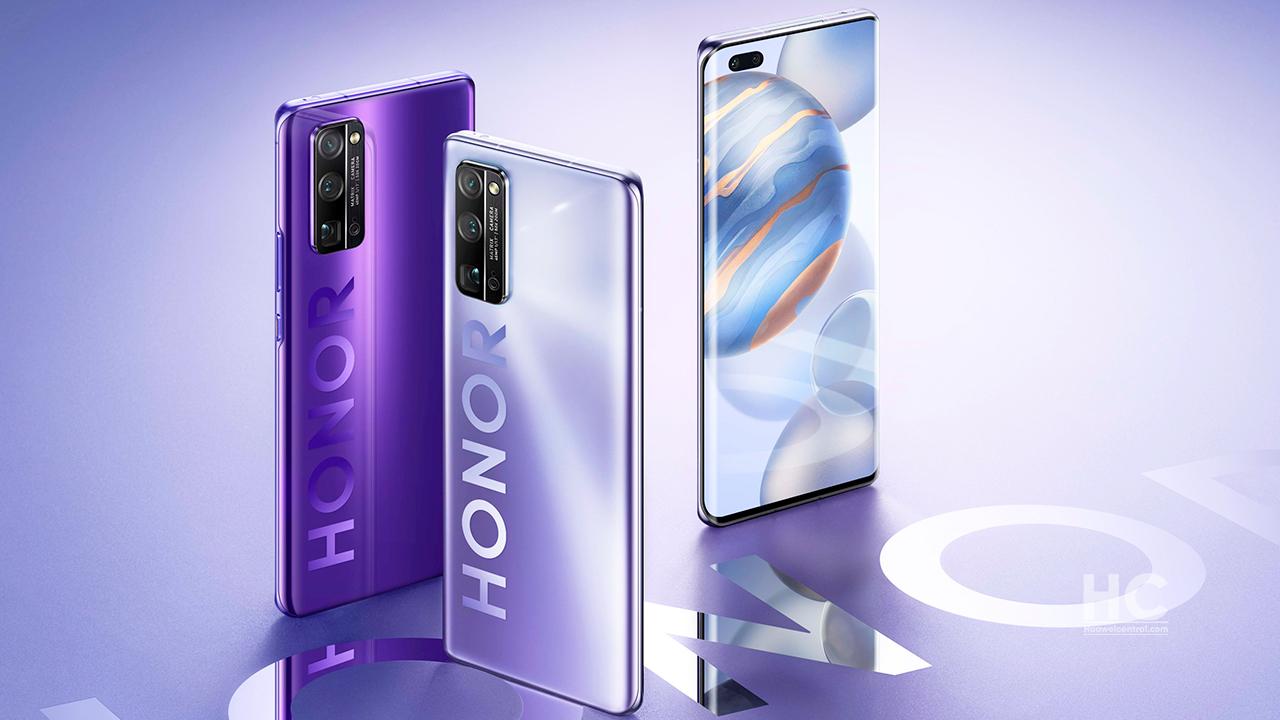 Yesterday we discussed about Huawei HarmonyOS 2.0 beta testing for Honor smartphones including Honor 30, 20, V20, and V30 devices. And now, we seem to have some new information on this matter that may excite Honor smartphone owners even further.

A well-known Weibo tipster, Huawei Fan, has shared a screenshot of the HarmonyOS 2.0 internal testing version running on Honor 30 Pro (EBG-AN00). The Picture confirms that the phone has HarmonyOS 2.0 developer beta but the beta build remains hidden. 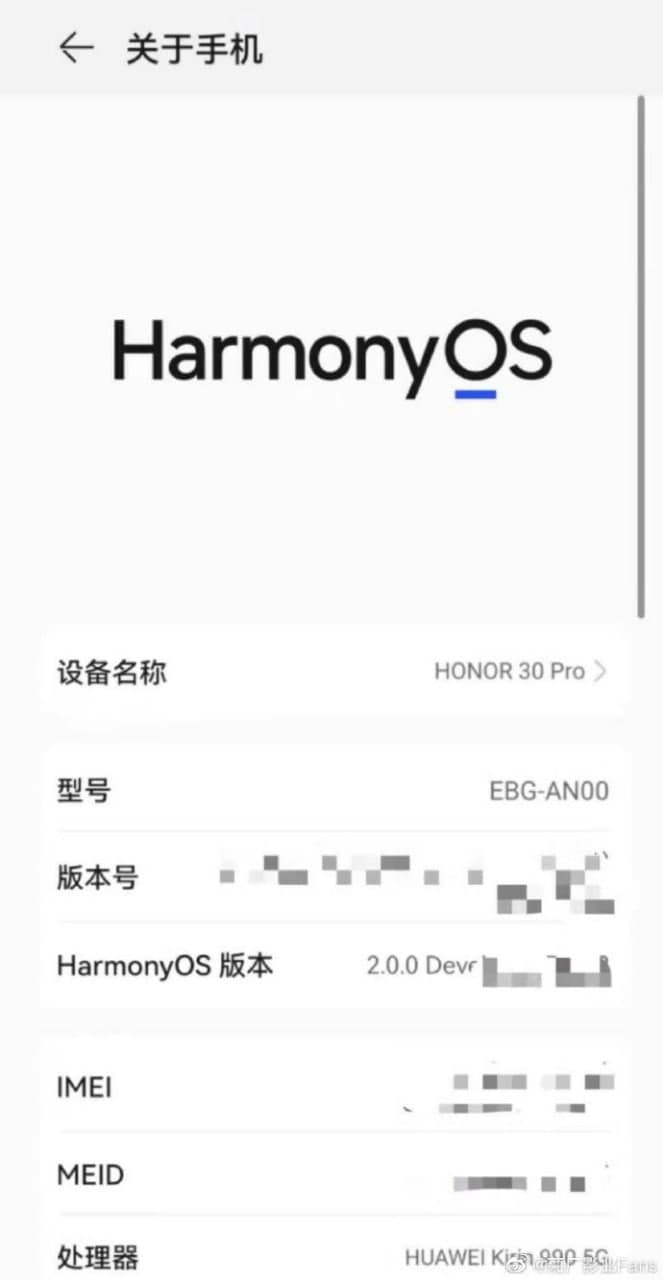 The tipster reveals that this is the internal beta testing for the Honor 30 Pro and more devices from the Honor campaign are still under testing. However, it’s not clear when all the models will proceed with the HarmonyOS upgrade.

Still, Huawei likely to prioritize the EMUI 11 devices first over the Magic UI. Although, both UI are the same up until the Magic UI 4 but it’s what it’s. And since Huawei and Honor are now standing as different firms, Huawei has full rights to give priority to its devices first but we’re sure that Honor devices will not be left far behind. 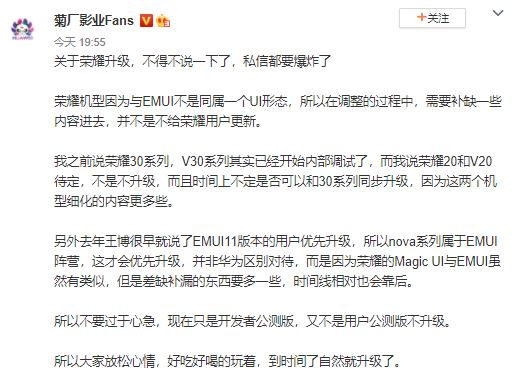 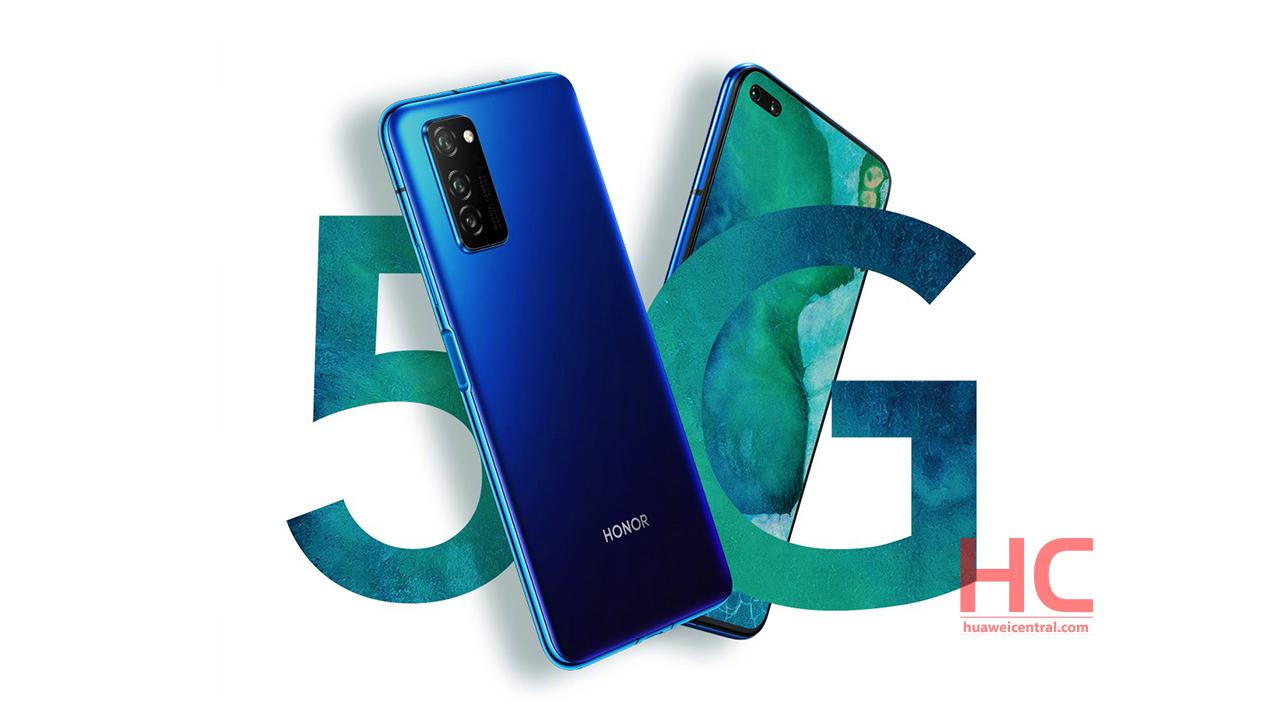 Furthermore, It seems that Huawei is also working on Kirin 810 and 820 powered devices to join the HarmonyOS developer beta program but there’s no official confirmation available on this.