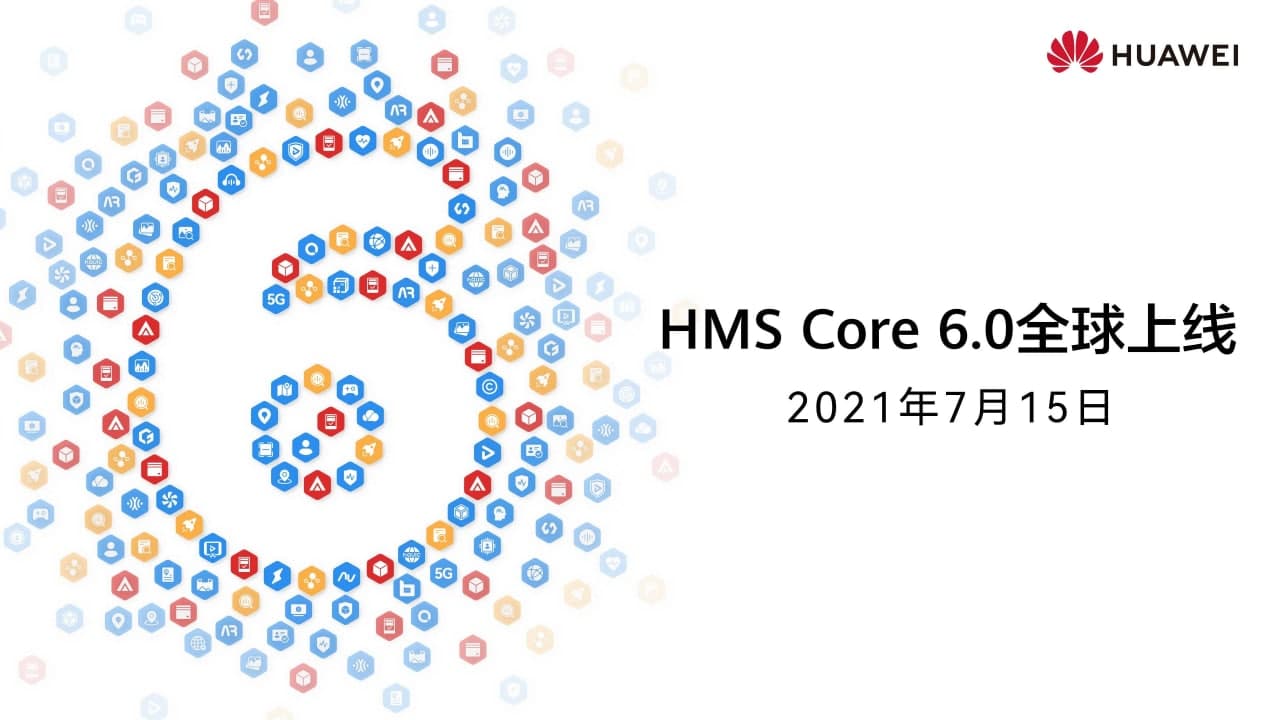 On July 15, Huawei launched HMS Core 6.0 on the official website of Huawei Developers Alliance. As promised, Huawei added a number of new open capabilities to application developers and upgrading existing features and services.

HMS Core 6.0 also opens a number of services including membership, video clips, audio clips, etc. At present, the HMS Core 6.0 APK built into the user’s device has been fully upgraded. Developers can log in to the official website of the Huawei Developer Alliance to download and use various services.

Huawei Mobile Service is a set of Huawei’s software, hardware, and cloud open capabilities for Huawei’s partners and app developers to create unique. It aims to deliver the alternatives of GMS and libraries for HMS developers.

It has always been developer-centric, and constantly opens up Huawei’s core technologies and capabilities to more developers, providing consistent high-quality applications for cross-platform and cross-device applications experience. 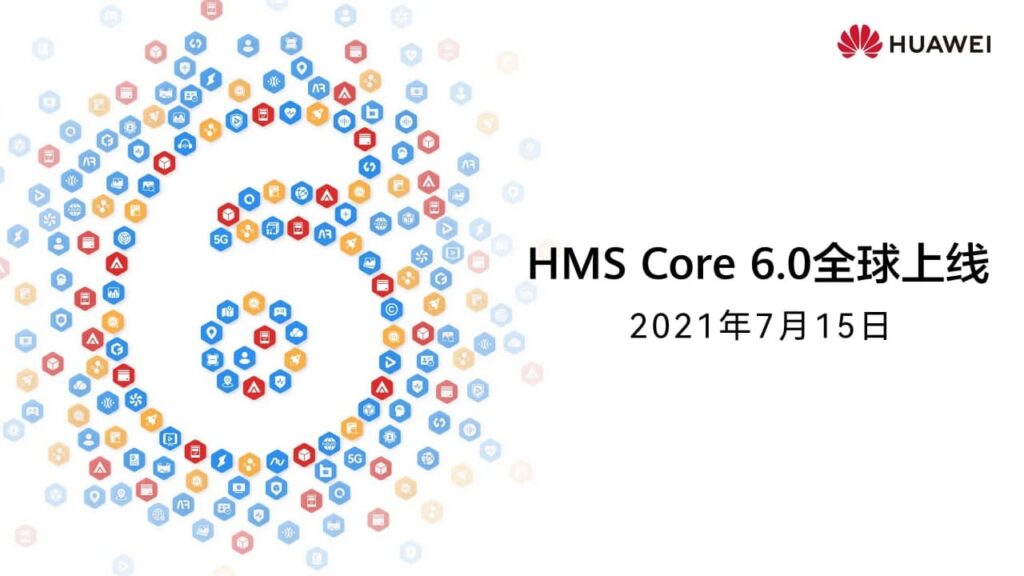 The 3D modeling capability (3D Modeling Kit) is opened in the graphics field, which provides developers with AI-based object modeling and material production capabilities. Users only need ordinary RGB cameras, and 3D models can be efficiently generated through mobile phones.

In addition, among the existing graphics computing services (CG Kit), the industry has realized the dynamic light and shadow fog effect “volume fog” based on volume rendering technology for the first time on the mobile device and helping mobile games improve the realism and expressiveness of indoor scenes. This feature has also been opened to all Android devices that support Vulkan.

In the field of communications where Huawei has an advantage, Network Kit has upgraded the AI ​​network environment prediction, which can optimize network parameters based on business network access rules and differentiated network requirements, reducing the network latency of applications by more than 20%. 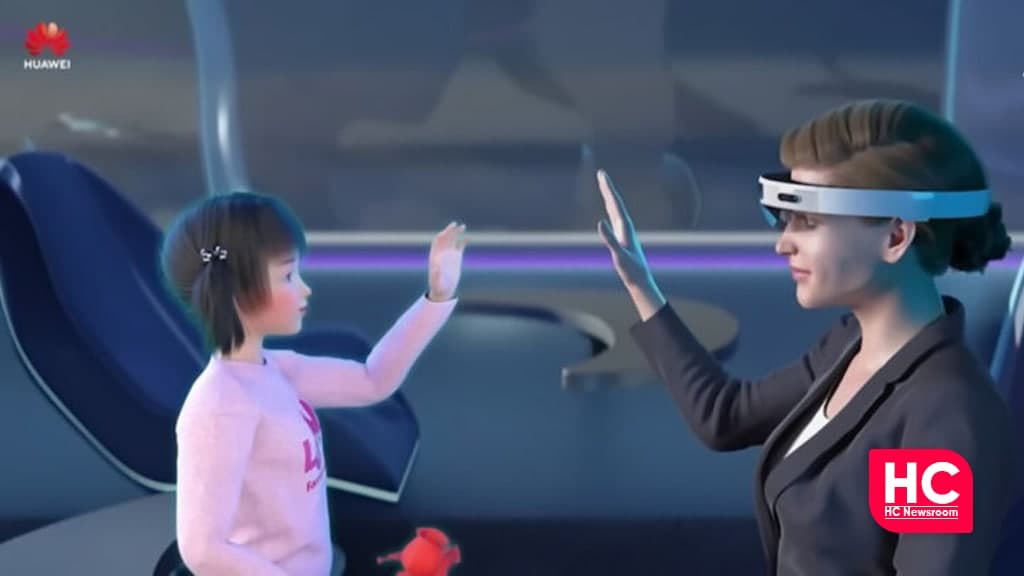 Nowadays, Metaverse, a VR playground is the hottest topic worldwide. The Metaverse is accessible through the combination of smartphones, wearable tech, and headsets. In this segment, Huawei has also applied for a trademark, META-FI in China.

According to the information, the international classification of the Huawei META-FI trademark includes scientific instruments, etc. However, the trademark status is currently under application. 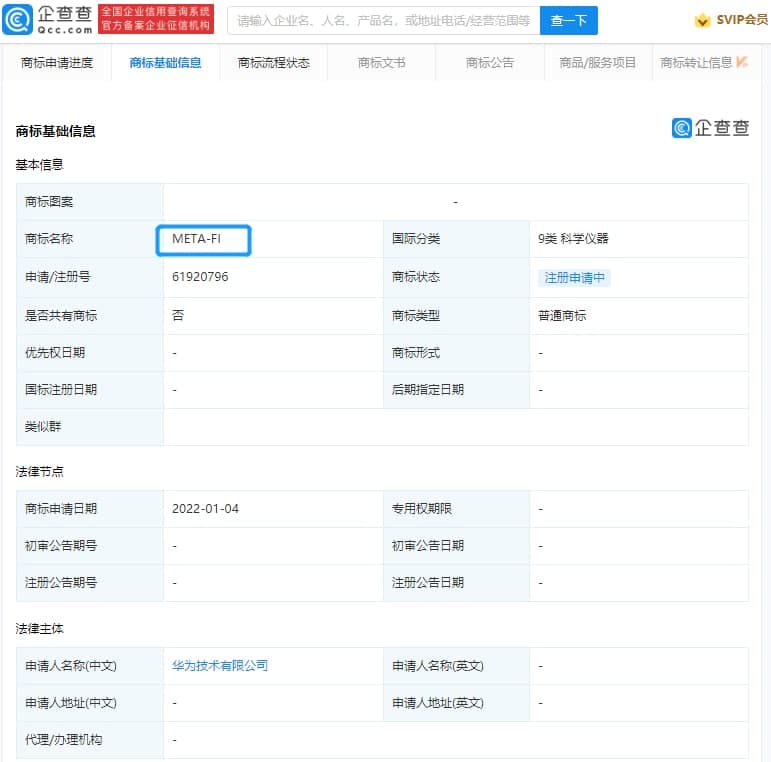 In simple words, the Metaverse is a network of the 3D virtual world focused on social connection. When you go outside wearings smart glasses for work, shop, exercise, socializing, watching movies, and games the Metaverse offer augmented reality as well as records what you see and hear.

At present, Metaverse is a very popular concept and major technology manufactures have announced the entrance and also started research on related technologies. The leading tech makers such as Meta, Google, Microsoft, and more have some technical reserve in the Metaverse and AR/VR fields.

Earlier, Facebook announced that the company’s name would be changed to “Meta”, a prefix of Metaverse Metaverse.

In December 2021, Huawei filled registration for the MetaOS trademark, which international classification includes 9 types of scientific instruments. Further, the company applied for a MetaMedia trademark in China. However, all of these trademarks ‘ current status is applied for application.

On the other hand, Huawei is also actively working to deploy Metaverse. However, Facebook has also introduced itself as Meta, which brings together our apps and technologies under one new company brand. Meta’s focus will be to bring the metaverse to life and help people connect, find communities, and grow businesses.

Also, Byte has recently fulfilled its claim of Metaverse Company. The legal representative of Shanghai Metaworth Technology Co., Ltd. has been changed to Wang Fengkun, head of Byte Advertising. Technology, and Metaworth. It is the first Chinese company to have a new company name with the concept of Metaverse. 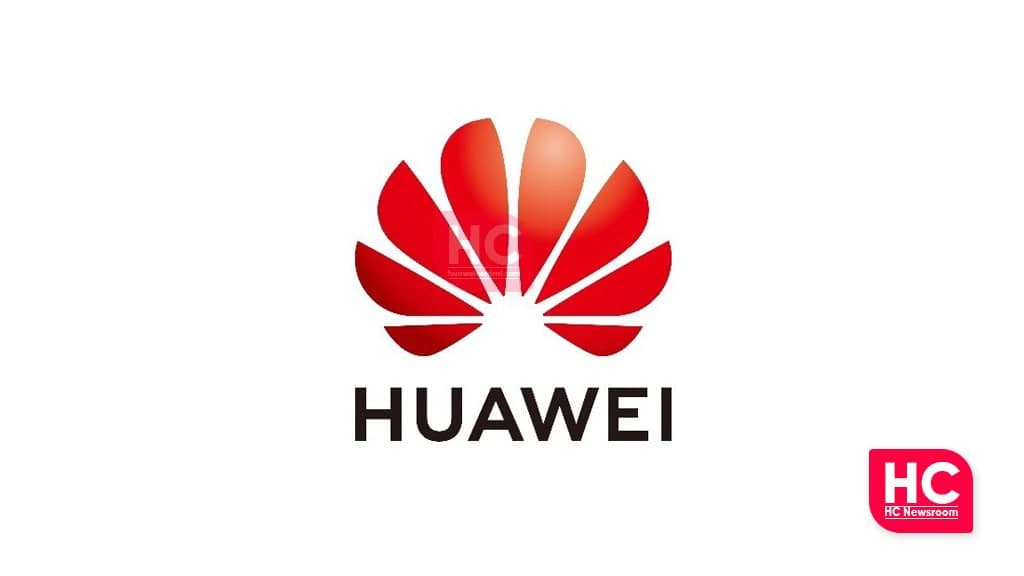 On January 11, Huawei has published the new patent entitled “a method and electronic device for moon photography” with announcement number CN109951633B in China. Huawei aims behind this shooting technology to capture the crystal-clear and beautiful moon without professional skills.

According to the patent information, the new Huawei shooting technology allows the to capture crystal clear moon in ordinary shooting mode. It means this technology improves the overall shooting experience of non-professional users.

Also, according to the user’s shooting process, it collects multiple frames of moon images with clear outlines under different exposure parameters and aggregates images. To obtain clear outlines, crystal clear, and bright backgrounds as well as beautiful images of the moon.

Last December, Huawei announced a new patent for Arteriosclerosis Detection with publication number CN113838567A in China. This patented technology can show the arterial detection status of the arteriosclerosis detector to remind the user that the arterial segment is the detection position of this identified artery.

Even if the user is a non-professional person, you can intuitively determine the arterial segment area detected during arteriosclerosis measurement. 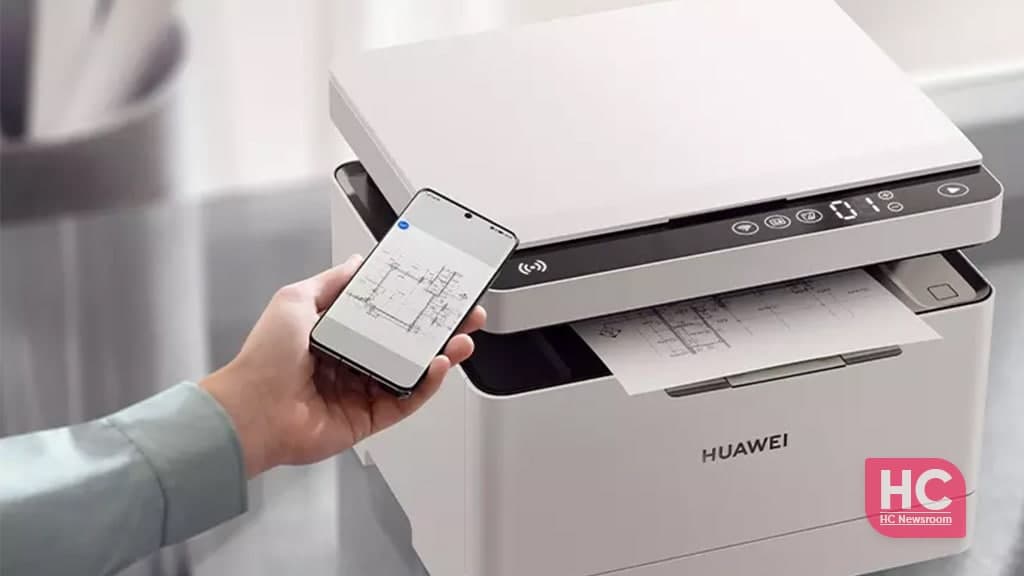 According to the information, Huawei authorized services and retailer stores are offering a free copying and printing activity in China. The single experience of this event is limited to printing 10 sheets of paper. 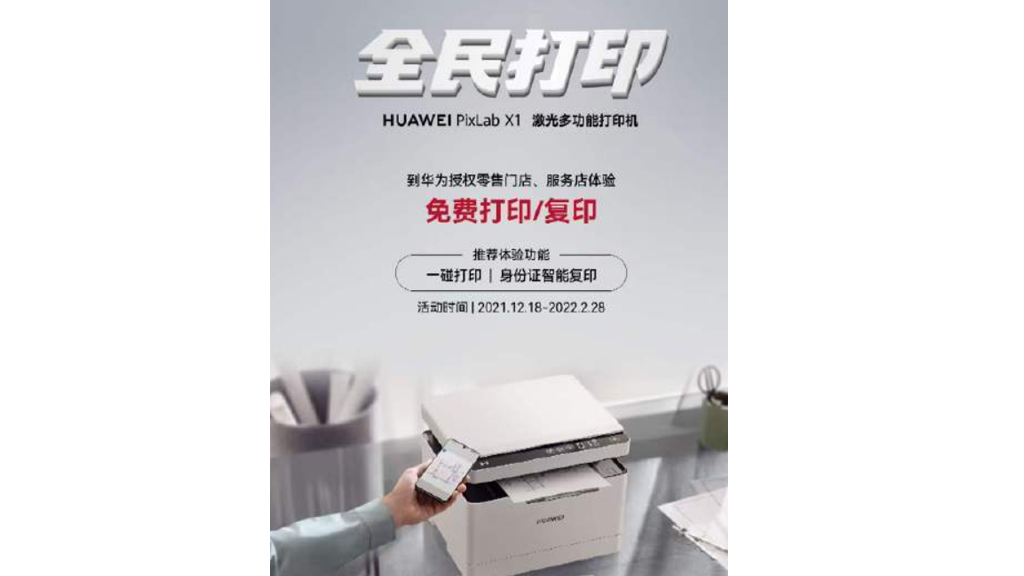 However, a famous Weibo tipster has participated in it by using Huawei PixLav X1 laser multifunction printer to print. The tipster shares his experience by saying:

The Huawei PixLab X1 printer was released on September 13, 2021 and became the first-ever smart printer that arrived with HarmonyOS operating system as well as multiple new remote features. 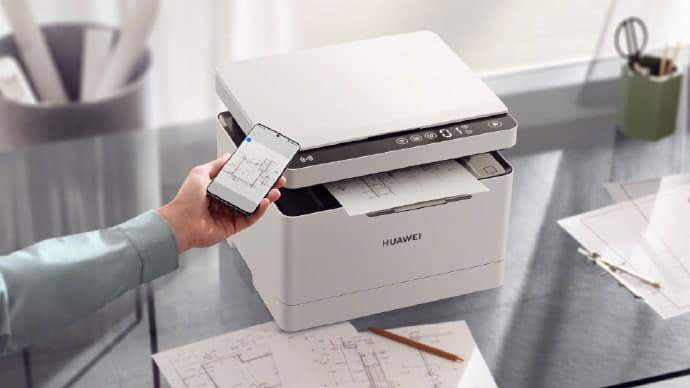 The standard version is available at 1899 yuan and supports two cartridges including 99 yuan, while the other starts at 299 yuan. Along with this Huawei, PixLab X1 supports NFC features, automatic duplex printing, all-in-one printing, copying, and scanning.

It can color scanning with 1200 dpi resolution support. The Huawei PixLab X1 uses a high-speed motor that can print 28 pages per minute. It also supports automatic two-sided printing.