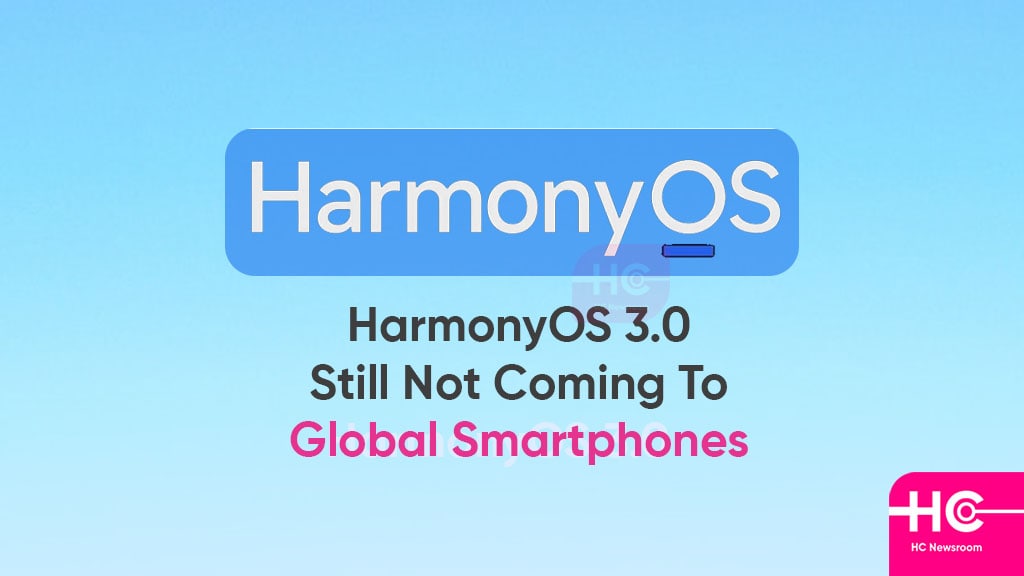 HarmonyOS 3.0 has stepped into the consumer market with numerous alluring features. Giving a new and customized look to your device, the interface is grabbing many eyes over it at the moment. However, even after so many advancements, the company has not given the chance to global smartphones to taste the experience of HarmonyOS 3.0.

Yesterday, Huawei has unveiled the HarmonyOS 3.0 operating system at a launch conference. The Chinese manufacturer showcased several astonishing features describing how these implements can add the term “NEW” to the devices.

Unfortunately, the company didn’t say a word regarding the concern of HarmonyOS 3.0 for global smartphone consumers. But that doesn’t mean global users will not be able to tour the adventures of the new HarmonyOS version. Luckily, the company will equip the latest HarmonyOS 3.0 interface to the MatePad Pro 11 device.

On the flip side, it has also released the MatePad Pro 11 with HarmonyOS 3.0 on the home ground and could soon uncover it in other markets. Thus, we can assume that in some manner, global users would be able to have a glimpse of newly released firmware.

EMUI 13 is the new offering!

Huawei treats the HarmonyOS system as a Chinese consumer-based product. This is the main reason why the company has never rolled out the software in overseas markets. But the company gave us a clue that though it has no plans to roll HarmonyOS for global users, it will continue to elevate the EMUI versions as the leading smartphone software.

So Huawei fans, don’t lose your excitement for a new experience. Instead have some patience, as the Chinese tech maker could push off the EMUI 13 operating system by the end of this year. Consequently, you will get an opportunity to seize some tempting and reflective functions for your global handset model.