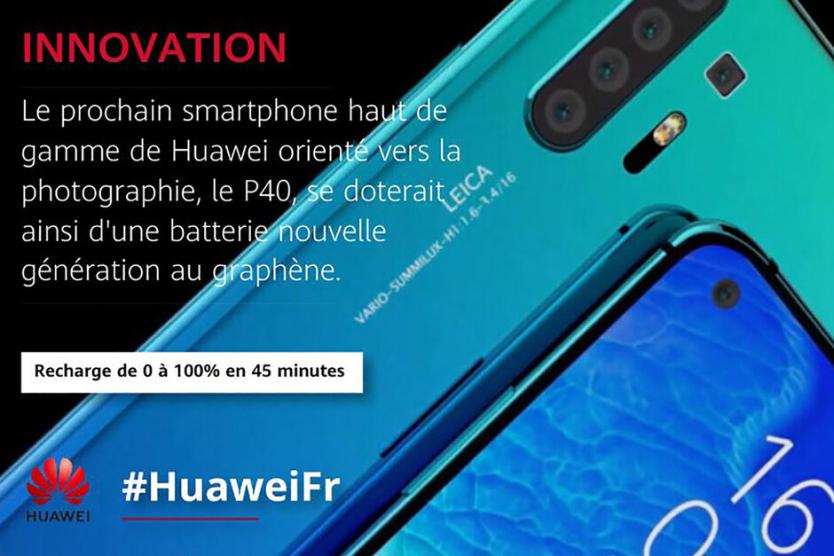 
Huawei P40 series will come with a new camera system, new design, new performance and a recent rumor regarding its battery, which heavily favored to include “Graphene”, now confirmed to be as a false claim.

In an interview with Chinese media, Bruce Lee, Vice President of Huawei Consumer Business Group Handset Division said that the graphene battery news for the P40 series was false. Although, he didn’t reveal a single word about this upcoming smartphone.

According to the information, the graphene battery is a next-generation technology that would allow the manufacturing of larger capacities into smaller space than regular lithium-ion cells and will be able to charge incredibly faster.

Recently, Huawei France on Twitter forwarded an article on the graphene battery wrote by another website, similar to the Huawei Facts Twitter account, which also creates tweets with reference to other websites and their URLs.

Some of the tech journals thought that Huawei France has confirmed the launching of graphene battery inside the P40 smartphones and start writing about it.

Soon after this news got viral, Huawei France deleted the tweet and now the journalist writing that the Graphene battery news from Huawei was a joke, while it was only a reference to another website.

Way ahead of Huawei France scenario, an individual came with some rumored specs of Huawei P40 series and that was an actual start of graphene battery discussion and concluded with fake tag. 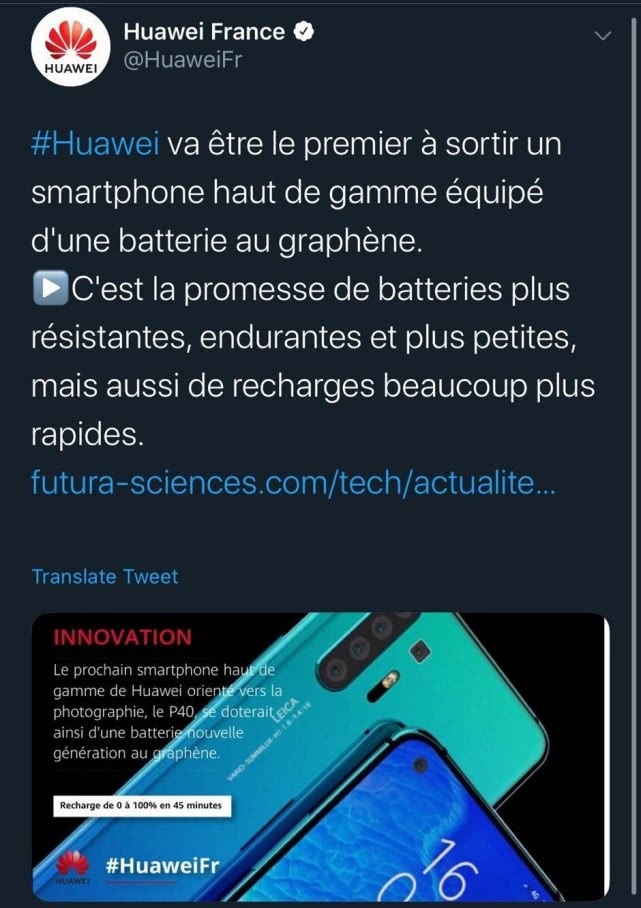