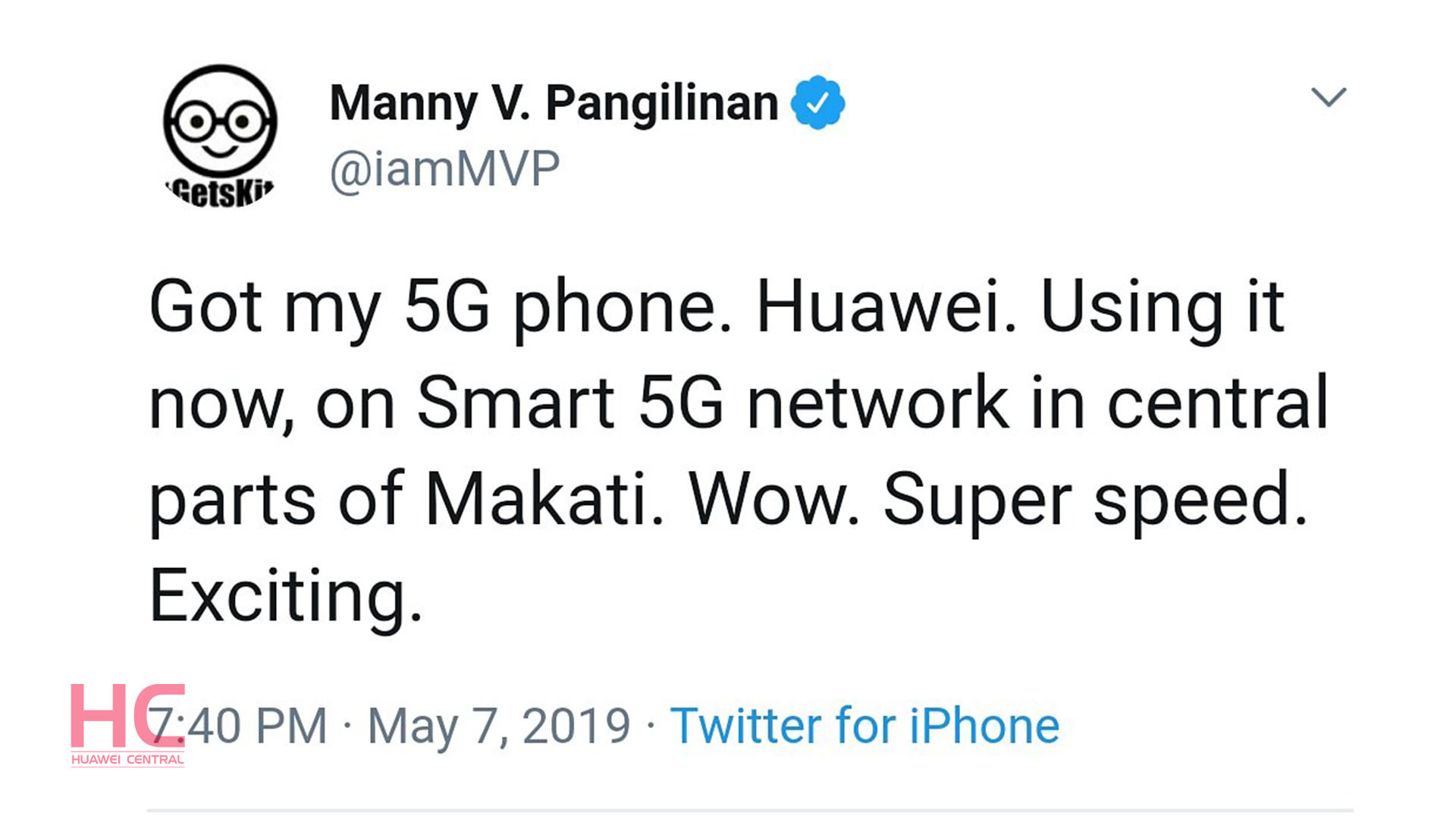 
Huawei phones are built to perform every smartphone tasks even you can surf the Twitter app on a Huawei phone but a well business tycoon from the Philippines recently got caught using iPhone to promote Huawei’s latest 5G smartphone – Mate 20X 5G.

He tweeted: “Got my 5G phone. Huawei. Using it now, on Smart 5G network in central parts of Makati. Wow. Super speed. Exciting,”.

This quite a dialogue to promote a phone isn’t it? but wait there’s “Twitter for iPhone”, which has a different story in the technology world and you know what it stands for.

Although, the tweet has been deleted later-on but it was too late to pull off a mistake like this because there are Twitter users who’ve already found this tweet and spread it over to the internet.

There are many excuses given for this incident but none of them can fit into the scenario and the Pangilinan hasn’t responded in this matter at the moment.

So, what do you think in this incident, was he really using an iPhone or it was just a mistake? Let’s know in the comment below. 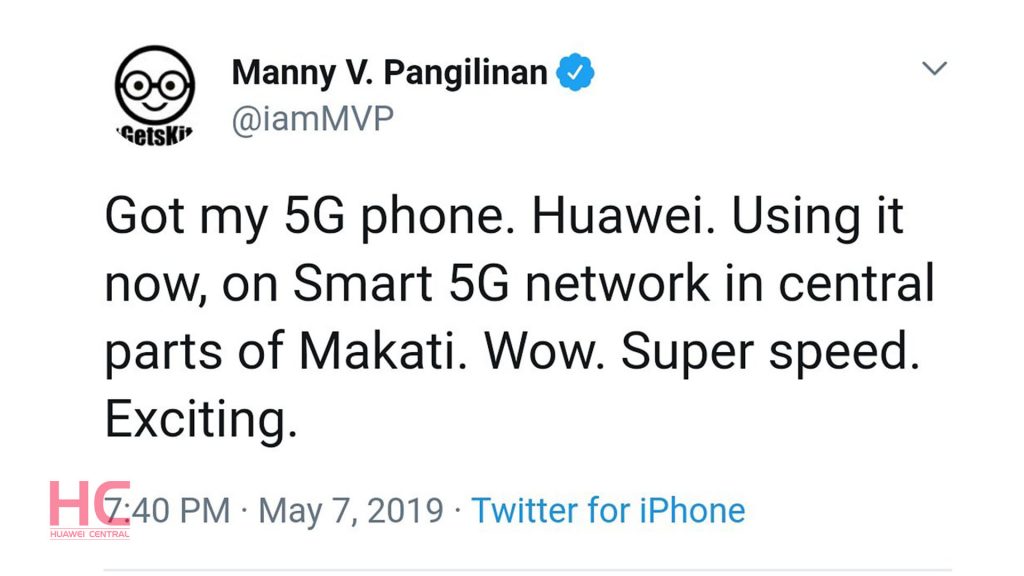