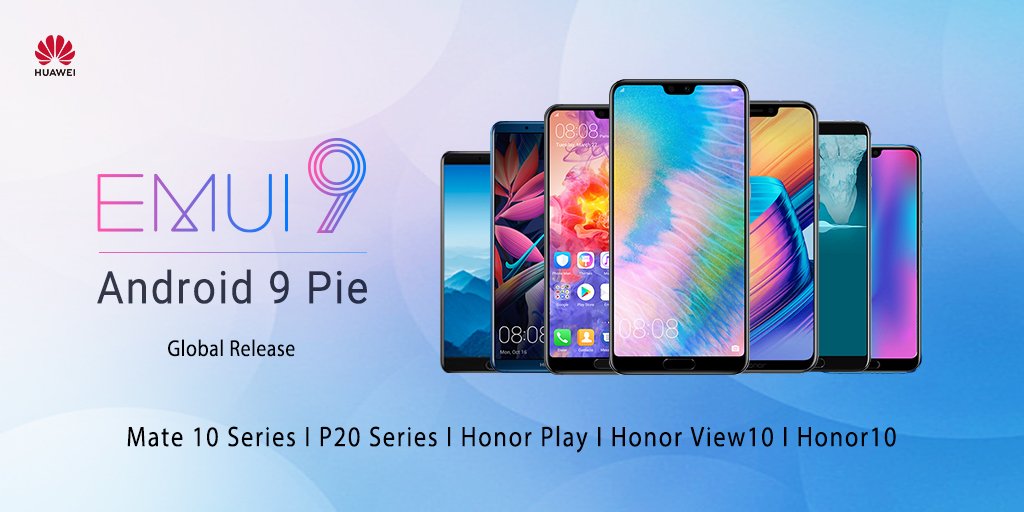 
[Global Release] Huawei Consumer Business Group today announced the availability of EMUI 9.0 for its Mate 10, P20 and Honor Play/10 smartphone series. If you own one of these devices, EMUI 9.0 will be with you very soon! Stay tuned.

·         HUAWEI Share: In addition to transferring files between Huawei mobile and Huawei PC, users can now use HUAWEI Share to send files to a Bluetooth-enabled printer4;

·         Backup: EMUI 9.0 supports new ways for users to backup their important files. Besides HUAWEI Cloud, users may now store their backup on an SD Card, USB drive or a NAS (Network Attached Storage);

·         WPS with HiAI: The WPS productivity suite leverages HiAI capabilities to enhance its features. EMUI 9.0 automatically adjusts the alignment of documents and can convert images and hardcopies into editable digital copies.

It's time to experience #EMUI 9.0 on your favorite #HUAWEI device. If you own one of these devices, EMUI 9.0 will be with you very soon! Stay tuned.#HigherIntelligence #HUAWEIMate10 #HUAWEIMate10Pro #HUAWEIP20#HUAWEIP20Pro #HonorPlay #HonorView10 #Honor10 pic.twitter.com/UOeFVd8UPU