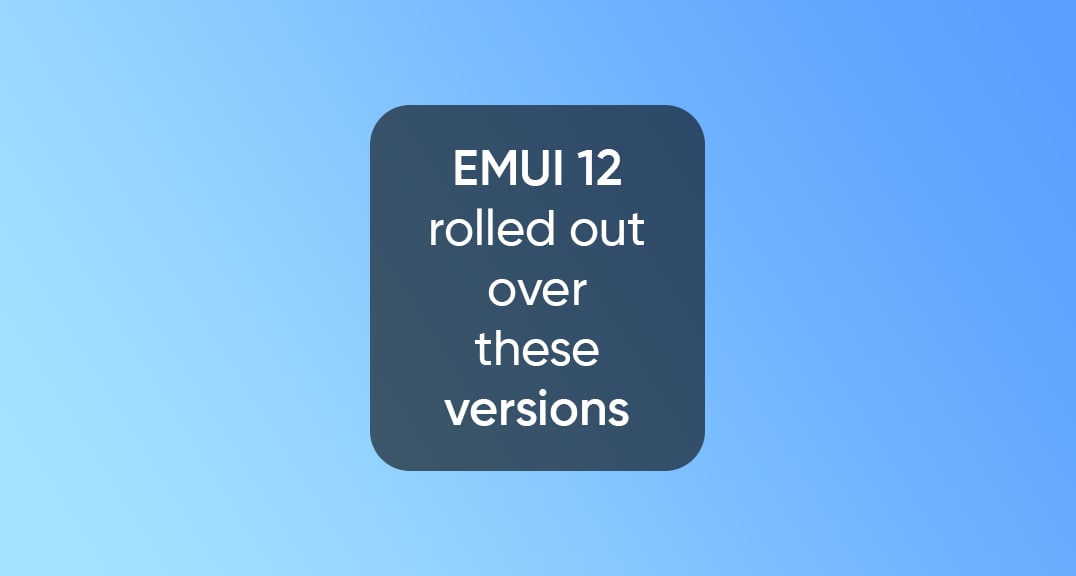 EMUI 12 is out in the open, the company has released this new EMUI version last year and now it has already reached various devices in the global market. Meanwhile, Huawei is still chasing the stars in China with the help of HarmonyOS 3.0.

Cutting back to the chase, the company has rolled out EMUI 12 not only for the recent EMUI version but also for devices that had stopped taking part in major upgrades.

Speaking of which, Huawei starts EMUI 12 upgrade procedure with Huawei Mate 40 Pro, Mate 30 Pro, and P40 series. These phones run EMUI 11, However, these are also the ones that have tested the EMUI 12 beta firsthand.

The campaign of EMUI 11 devices has also been filled with beloved flagships – Huawei P40 series and Mate 20 series as well.

Moving on, the company then released EMUI 12 for the kinds of Huawei P40 Lite, P40 Lite E, and P40 Lite 5G. Yes, these phones have been running EMUI 10.1, for a long time and even after being configured with good hardware, they didn’t qualify for EMUI 11.

However, with the arrival of EMUI 12, the company has selected these phones for the latest software upgrade.

Furthermore, Huawei has picked up, Huawei P30 Lite, Y9 Prime, and other essential budget devices and installed EMUI 12 on them. These models were running EMUI 10.0, upgraded from their subsequent software lifecycle.

The list of EMUI 10.0 devices for EMUI 12 has also been delighted by none other than, Huawei Mate 10 and P20 series.

By doing this, Huawei has leveled up the user experience and shared it across the board with different devices and consumers. The EMUI 12 not only improves the user interface but also provides a brand new user experience with its additions such as a control panel, improved animations, a large folder, a notification center, and security enhancements.

Yes, we can say that the EMUI 12 has really brought in a big change for the corresponding old Huawei phones and we love to see that happen as the consumer enjoys new software on their existing smartphones.

EMUI 12 large folders feature is way ahead of Android 13

August 2022 EMUI update rolling out for Huawei Nova 7i users