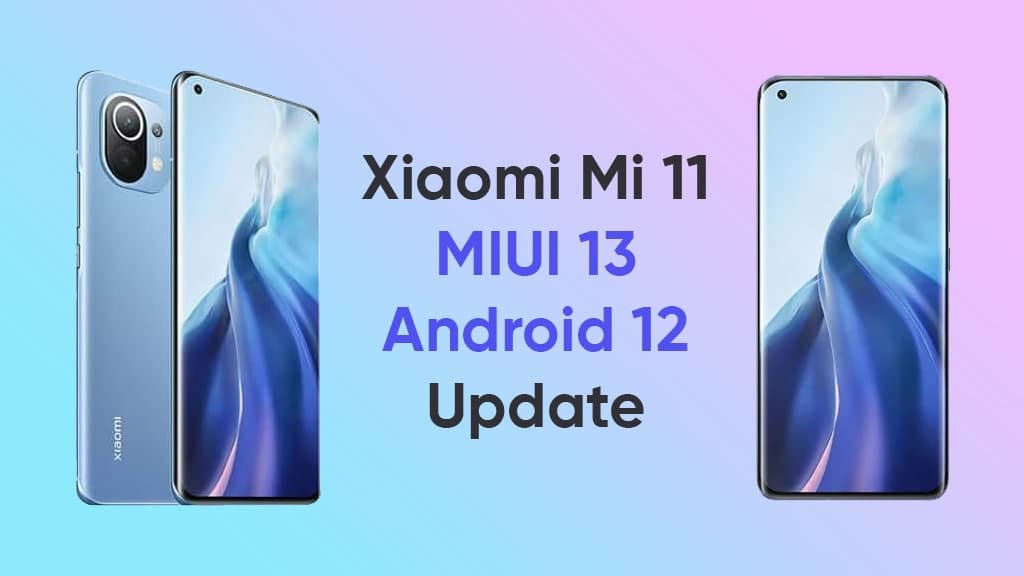 Xiaomi Mi 11 smartphone is grabbing an MIUI 13/Android 12 major software update across the globe. This new software update adds up numerous features to the software system that uplifts the performance. As well as, it adds enhancement to provide a next-level user experience.

In other words, the arrival of the Android 12 based MIUI 13 custom interface opens the door of benefits as well as enjoyment for Mi 11 users. Additionally to its own avails, the software offers many other implements. Thus, the layout of the device seems to be more attractive and innovative.

As for now, the update intends for the Mi Pilots instead of circulating it among general consumers. But we can expect a public release call soon from the company. In order to make sure, that the software does not face any defect, the Mi Pilots test it at the initial stage.

At the present moment, Xiaomi has released the latest software update for many of its flagship devices. Along with Mi 11, devices like Mi 11i, Mi 11 Ultra, Xiaomi CIVI, and many more are receiving MIUI 13. Consequently, the Chinese manufacturer is trying to provide its smartphone users with one of its best outcomes with the ultimate experience.

According to the information, Xiaomi Mi 11 devices are receiving the latest update in version V13.0.1.0.SKBMIXM. Meanwhile, it holds a package size that weighs up to 3.5 Gigabytes.

Want to know more about the software? Click here

As mentioned above, the new MIUI 13 update offers many exciting add ons to the device. These changes are related to the settings segments, lock screen, and whatnot. Let’s have a glance in detail over these implements.

As the update is in its beginning, it may approach the general users via OTA. Although, the users still can opt for installing the respective update through MIUI Downloader or from the TWRP procedure manually.