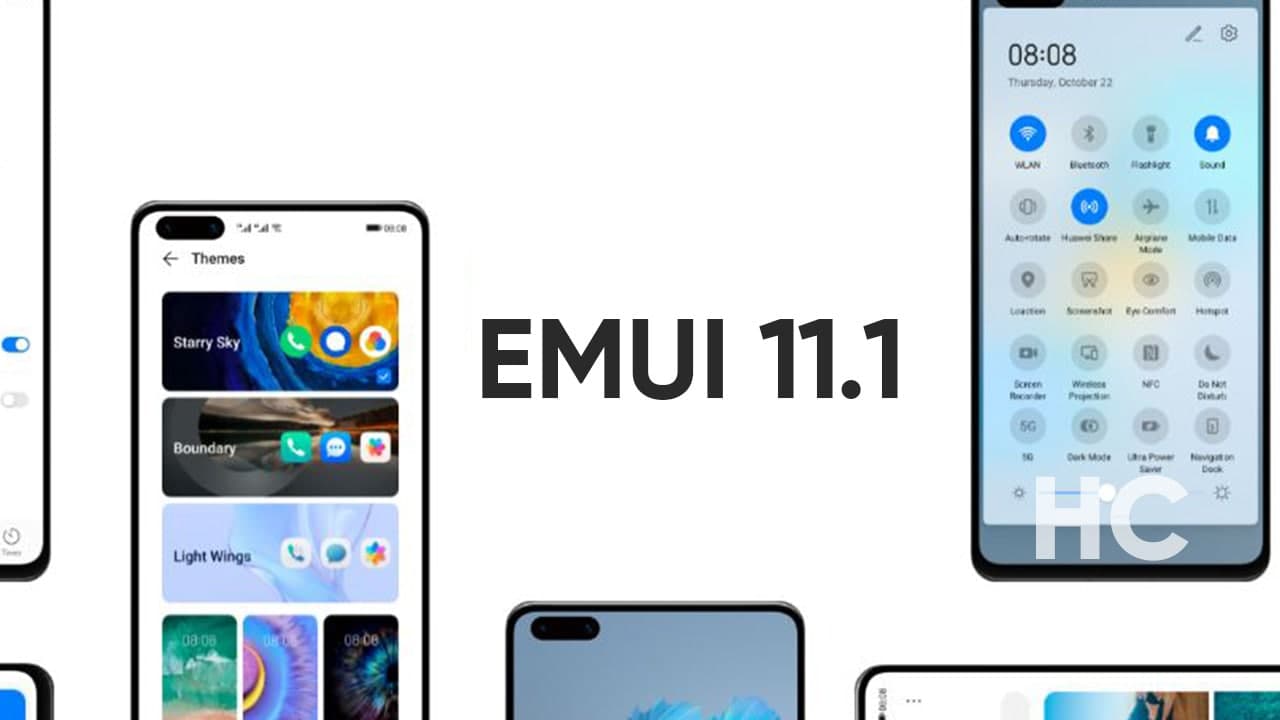 Related to this, a render leaked before suggests the Huawei P50 Pro will sport a waterfall display along with a center hole punch design to house a selfie camera, however, the rear side is yet to be seen.

Other than its hardware specs and design, we’ve something important to discuss regarding the software system of the Huawei P50 because there are some big rumors and speculation that has started to rumble.

With the launch of Huawei P20, Huawei introduced the EMUI 8.1 based on Android 8, this is the successor of the EMUI version 8.0 built-on Android 8.0 and unveiled alongside the Huawei Mate 10 smartphone.

In its latest iteration, EMUI 11 made its debut alongside the Mate 40 series and since we’re moving towards the next P series flagship – Huawei P50, it’s the right time to start a discussion on this upcoming EMUI version.

So what’s special this year? Recent reports suggest that Huawei is planning to launch HarmonyOS pre-installed on Huawei P50 but it’s also expected that it may remain closed to the Chinese consumers.

However, since the app ecosystem is still in the ‘very’ early stage, the company could launch the Huawei P50 with EMUI 11.1, and selling the same phone with HarmonyOS in overseas markets is unlikely to happen because of the app.

Also, Huawei is continuously improving its Huawei Mobile Services (HMS) environment for its smartphones launched in the global market.

So we can expect that Huawei could bring a new version of EMUI at the P50 launch event but we cannot affirm that Huawei will definitely install HarmonyOS on the P5o. We’ll wait for an official confirmation.

What’s your thought on EMUI 11.1? Let us know in the comments.