After the meeting between US-China leaders in Japan last month, Trump announced ease in restrictions for Huawei that is not enough China’s perspective to resume trade talks on high levels.

The trade negotiations between two giant economies are struck under disagreements over Huawei, and the progress in trade talks will stay low until the US decides to remove Huawei from the blacklist, reported WSJ.

Back in May, the US Commerce Department added Huawei in the trade blacklist that bars the company from purchasing US goods, citing that the company poses a national security threat.

On June 29, Trump announced ease in trade restriction on Huawei, allowing the company to once again purchase U.S. technologies.

Following Trump’s announcement, a White House official said the government will not remove Huawei from blacklist instead it’ll be provided extra licenses to purchase technologies that are widely available and not the sensitive ones.

Moreover, the allowed items will pass through a high level of inspections and result of this ‘ease in restriction’ has become nothing more than an ’empty promise’ from the US president, who is still using Huawei as bait to claim a good trade deal with China. 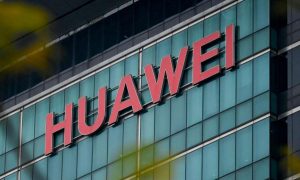