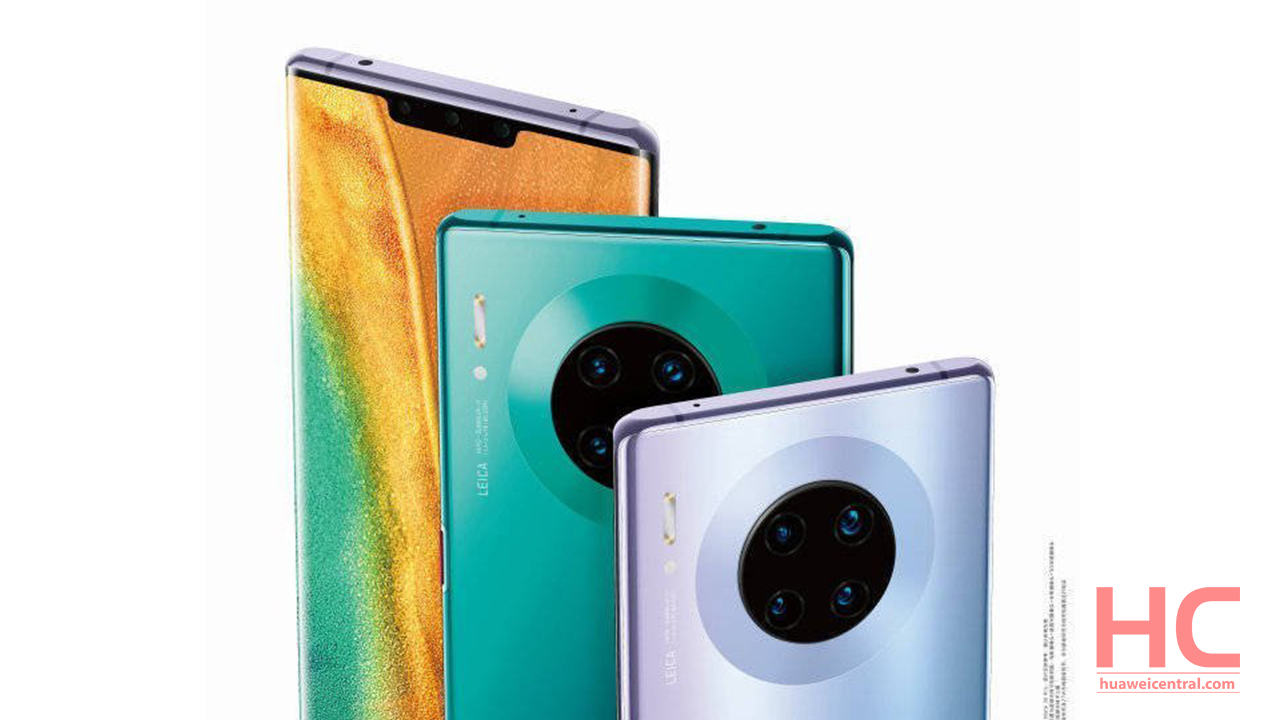 
Today, we got some big leak over Huawei Mate 30 series that reveals key information about its design and how this flagship will actually look.

According to the image coming from Weibo, shows Huawei Mate 30 Pro with curved display reduced bezels, ripped waterfall notch featuring three camera lenses on the front. The display also has large curves that match the curve of the back glass.

Coming to the back, the first thing that we noticed that the phone’s new amazingly looking Oreo style circular camera setup including – four camera lenses and on the top left there’s the LED flash.

Also, the color scheme of the phone is also changed compared to its predecessors, which now includes more faded colors instead of strong colors from the twilight version introduced last year.

Again, it can be seen in the poster that there’s only the red power button on the side and no sign of volume rocker. On the top side, there’s secondary Mic.

The promo poster writes “Huawei Mate 30 Series codesigned with Leica” followed by the slogan “Reconstruction Imagination” or “Rebuild Imagination” (Translated). The poster also mentions that this phone series will be powered by Kirin 990 and 40W super-fast wired charging, as well as 27W wireless super fast charging.

According to the previous information, Huawei Mate 30 series expected to the launching in September. 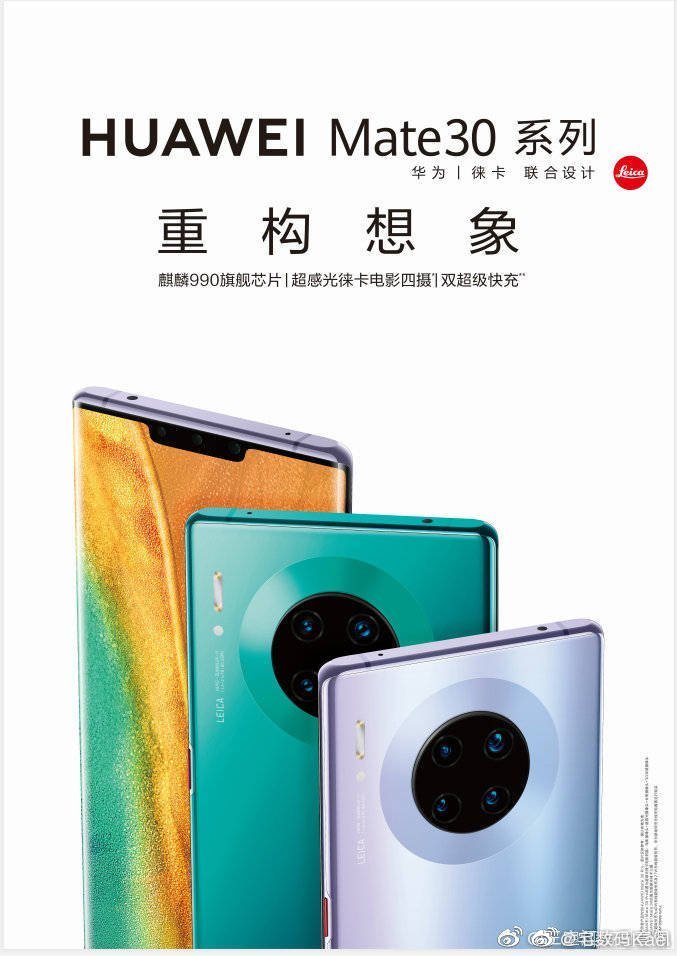