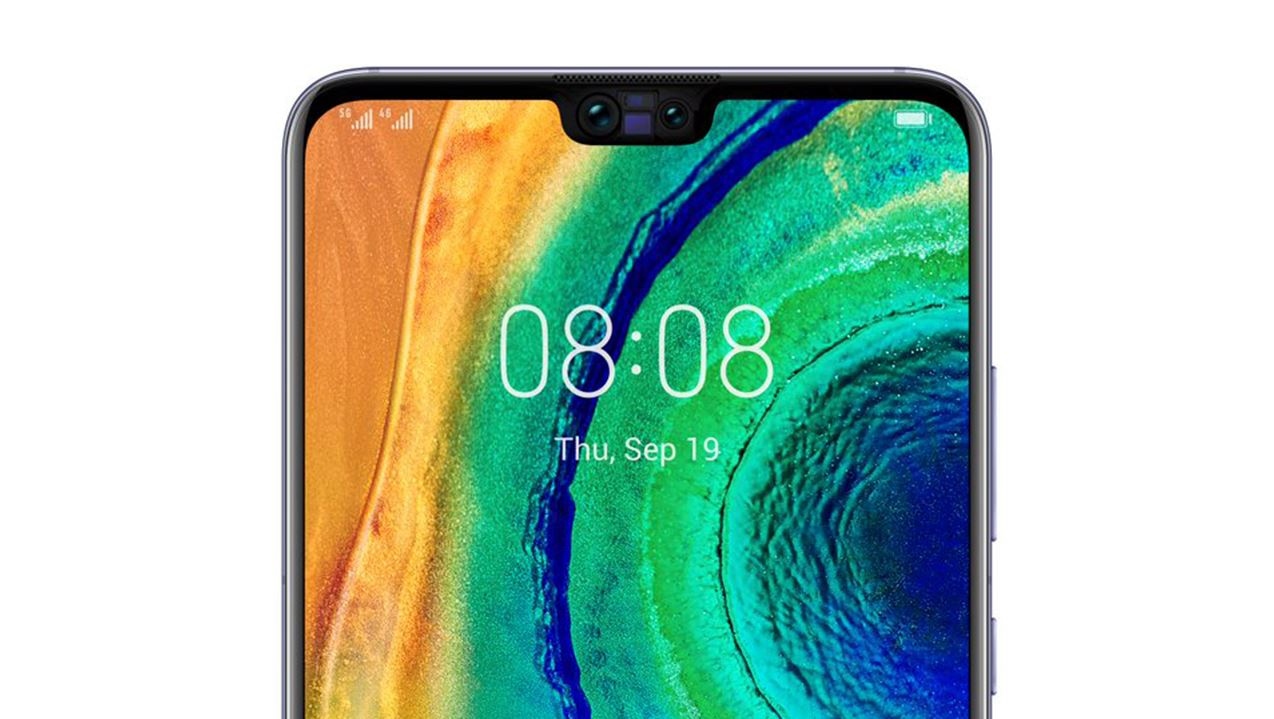 Earlier today, we saw the render of Porsche Design Huawei Mate 30 RS and now we got a new leaked render that reveals the front design of Huawei Mate 30.

The render below is coming from Evleaks, showing Huawei Mate 30 with a notch display that is smaller compared to Mate 30 Pro’s notch and includes two cameras of different sizes and there are also some other sensors possibly for face security.

On top of the head placed physical earpiece and on the right side, it has volume adjustment keys above the power button.

According to the previous information, Huawei Mate 30 will have a triple rear camera and powered by Kirin 990 processor. Also, it has a base variant of 6GB RAM, while it’ll be officially announced on September 19 in Munich, Germany.