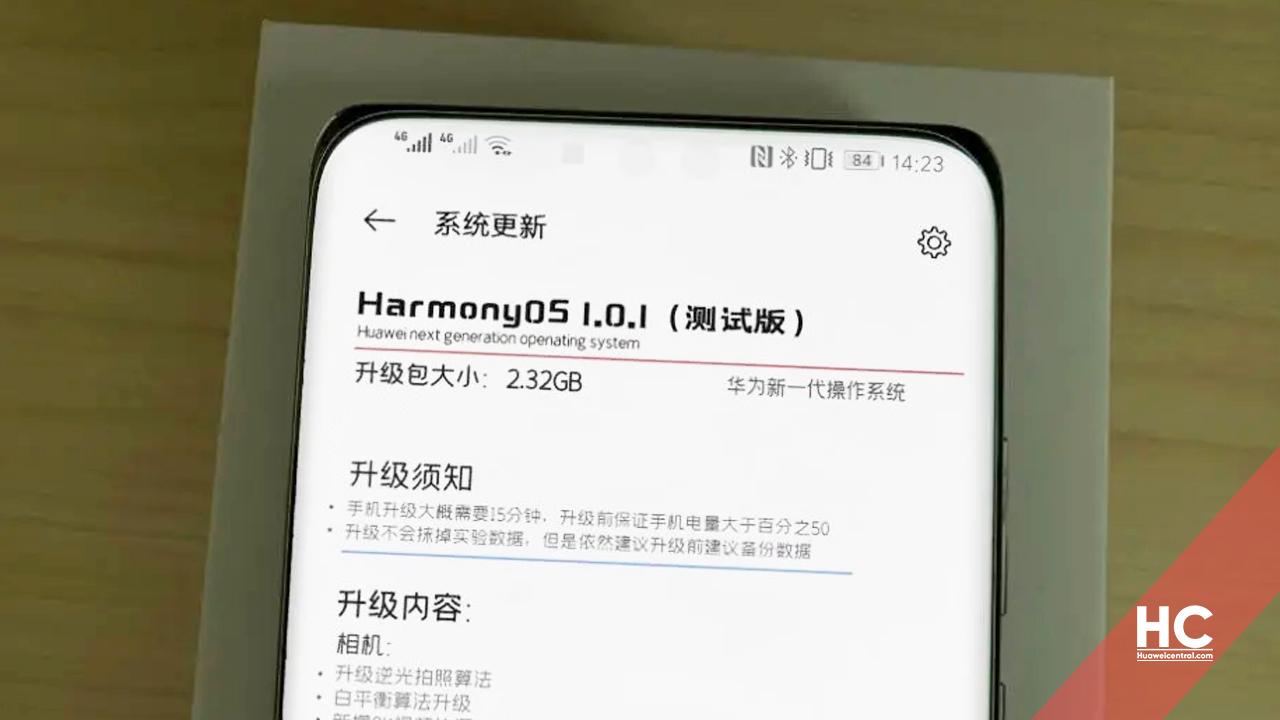 
HarmonyOS is Huawei’s self-developed operating system that supports cross-platform device ecology and officially launched in August last year. Soon after its announcement, the OS made its debut in the Huawei and Honor smart TVs.

Today, a suspected image of a device circulating through Weibo, showing a phone with a quad curve display, same as the P40 Pro, and HarmonyOS software upgrade screen.

The screen mentioned, “HarmonyOS 1.0.1” with text in English ‘Huawei next-generation operating system’ and a size of 2.32GB. There’s also a changelog of the new features.

According to the users from Weibo, this could be a beta build of the HarmonyOS but some refer it as a fake one.

Things to Note about the Phone:

According to the above points, the picture seems absolutely fake.

A recent report reveals that Huawei also has a smartphone coming ahead of Huawei Mate 40 series but there’s no confirmation, whether this will be the exact phone shown in the image.

Since we don’t have any proof of its legitimacy, it’ll stay in our rumors bag. Therefore, the chances of HarmonyOS appearing in a smartphone are extremely low at the moment.

Huawei previously said to remain the user of Android in its devices and will only shift to HarmonyOS after Google prohibits it from using Android.

Note: We made this article to clear some doubts regarding the image and there’s no official confirmation available about the device shown in it. 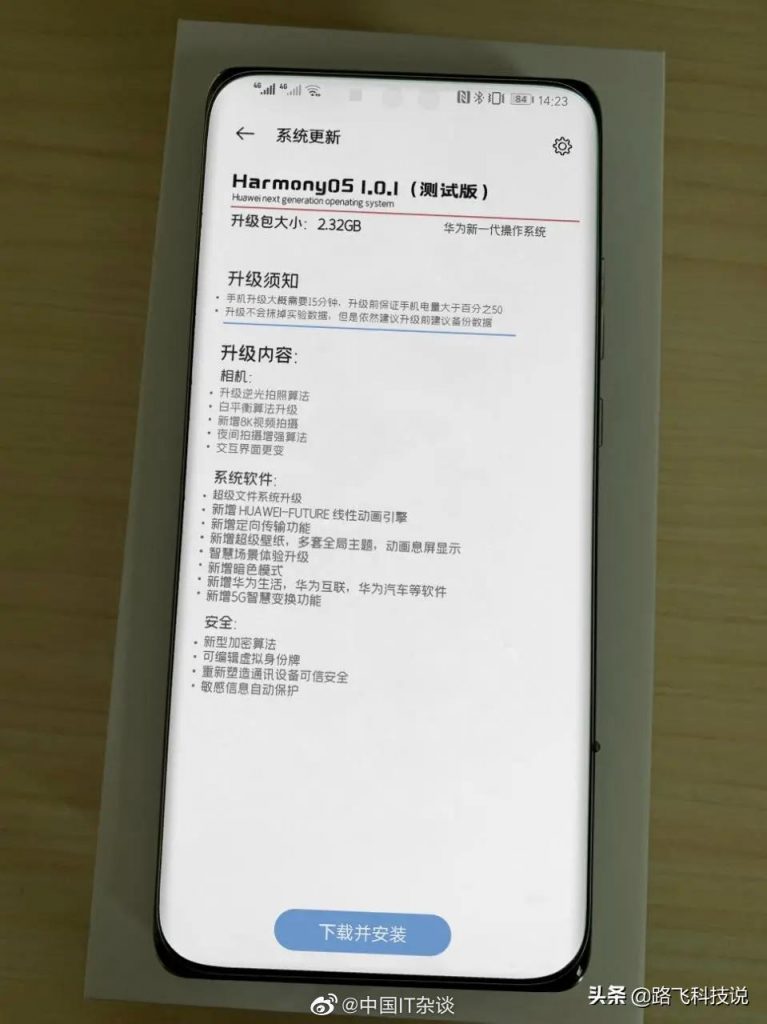