Today Huawei has officially announced the rollout of EMUI 10.0 for Huawei P30, Mate 20 series and Nova 5T (Which was already started last week) and urged these smartphone owners to upgrade to the latest EMUI version.

However, our readers have informed us that the EMUI 10 program is still not reached in some countries including the UK, Canada, Australia, New Zealand, and other carrier-locked smartphone markets (only in some countries) but the unlocked models have already made its way to the EMUI 10, even in the US.

Currently, the rollout is still not completed and it’ll expand according to different markets. So we could expect it reach out to more models as it proceeds further.

or Go to Settings > System > Software update > Check for Updates. If an update is available, it’ll ask if you want to download it. 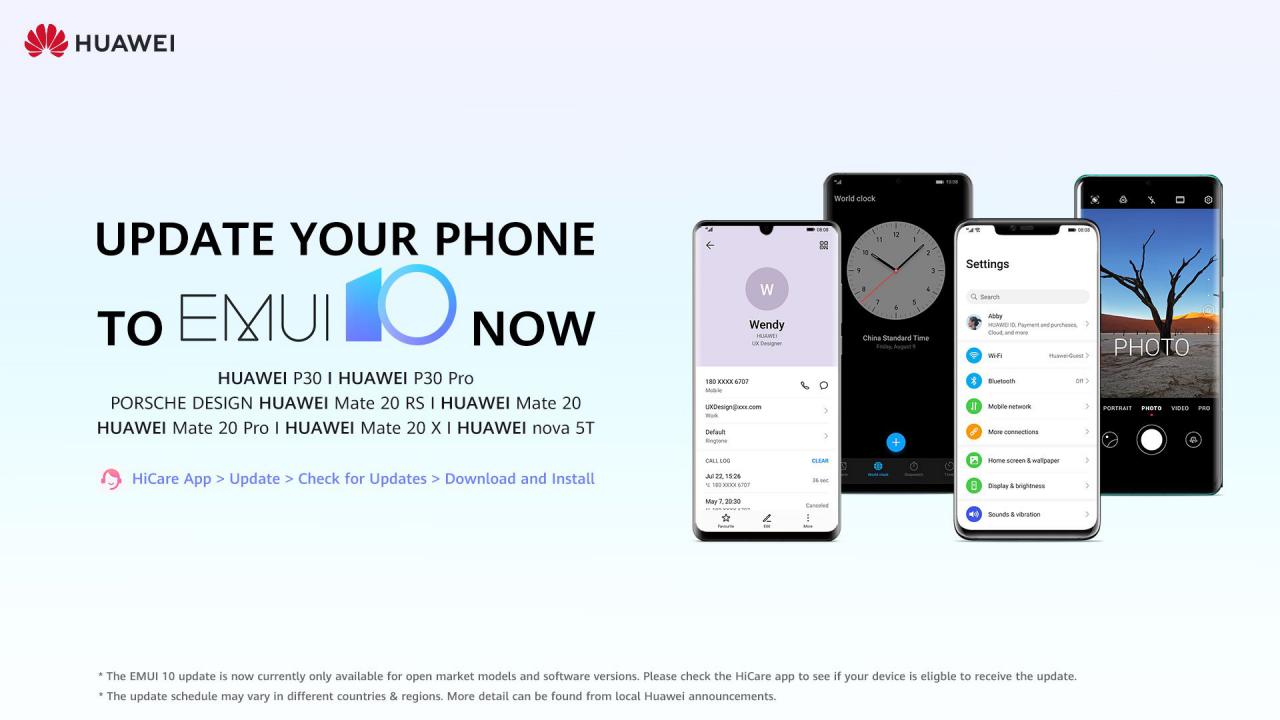