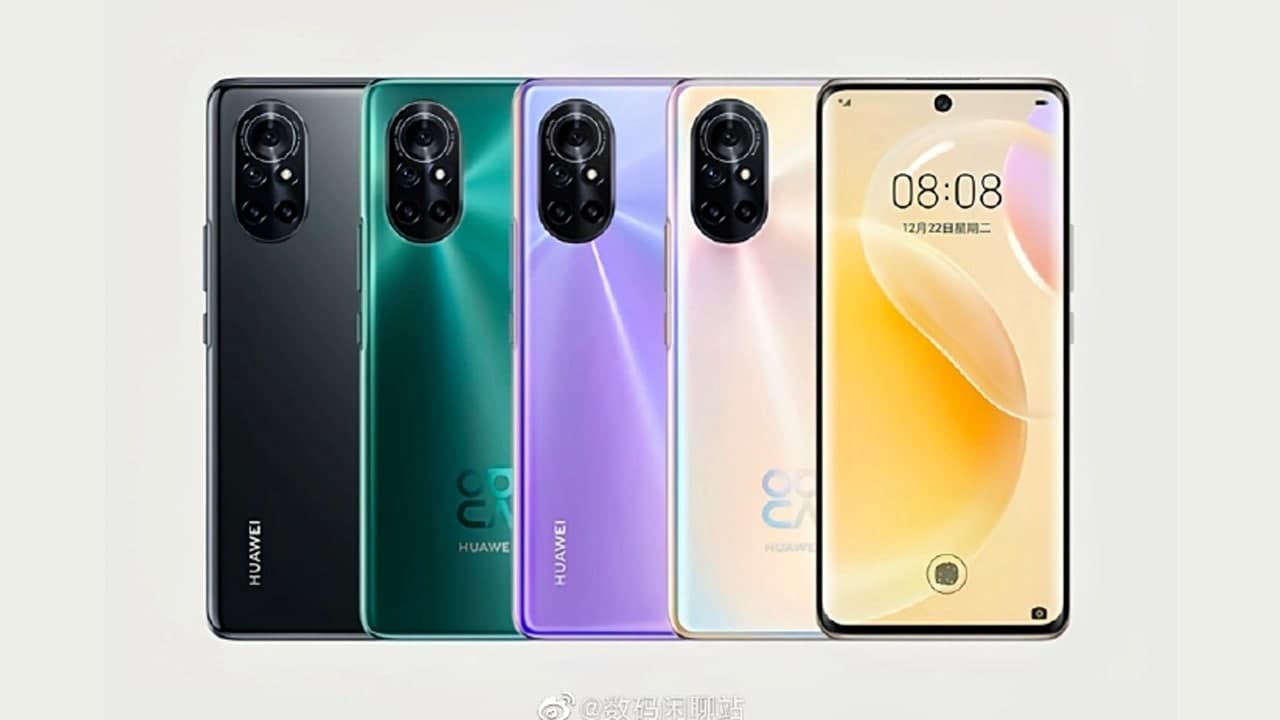 
Huawei Nova 8 series launch is going to happen on December 23 and it will be unveiled in two variants – Nova 8 and Nova 8 Pro. Ahead of the launch, the specification and live images of Nova 8 leaked online already leaked.

According to the information, the Huawei Nova 8 lineup brings the quad-camera system with an oval shape design as well as LED flash. The quad-camera consists of 64MP+8MP+2MP+2MP in which the 64MP lens is the biggest one as compared to the rest three. The standard version will have a single-hole punch display, while the pro version will equip a dual-punch hole design.

In addition, Weibo tipster- Digital Chat Station has brought a new render leak of Huawei Nova 8, which reveals its color variants including the followings: 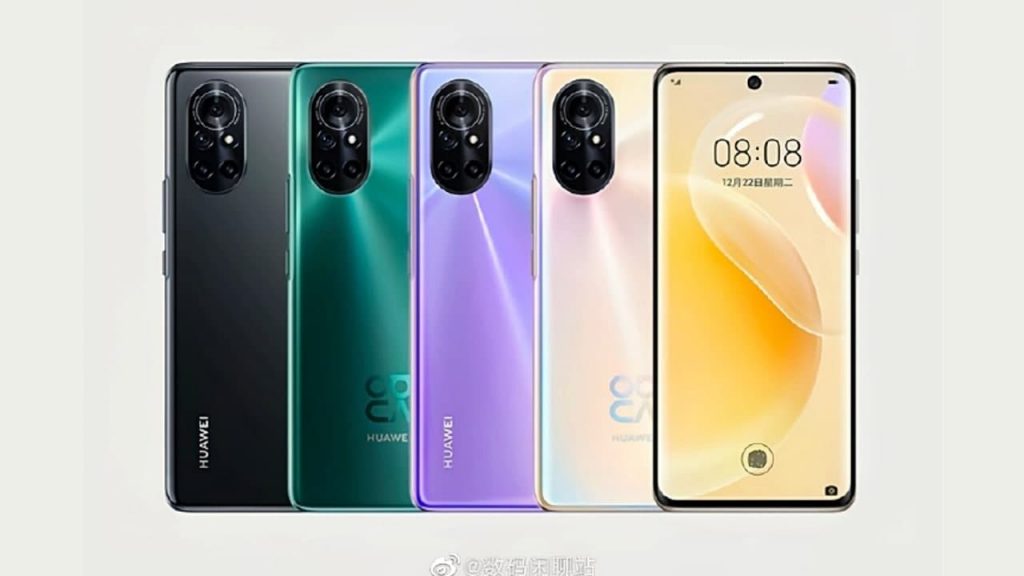 According to the previous information, Huawei Nova 8 packs with a 6.57-inch FHD+ OLED curved screen with a center hole punch display (4mm diameter hole), a rear quad-camera system with an oval design, which looks marvelous, and a 7.64mm slim and light body with 3D hyperboloid glass design.