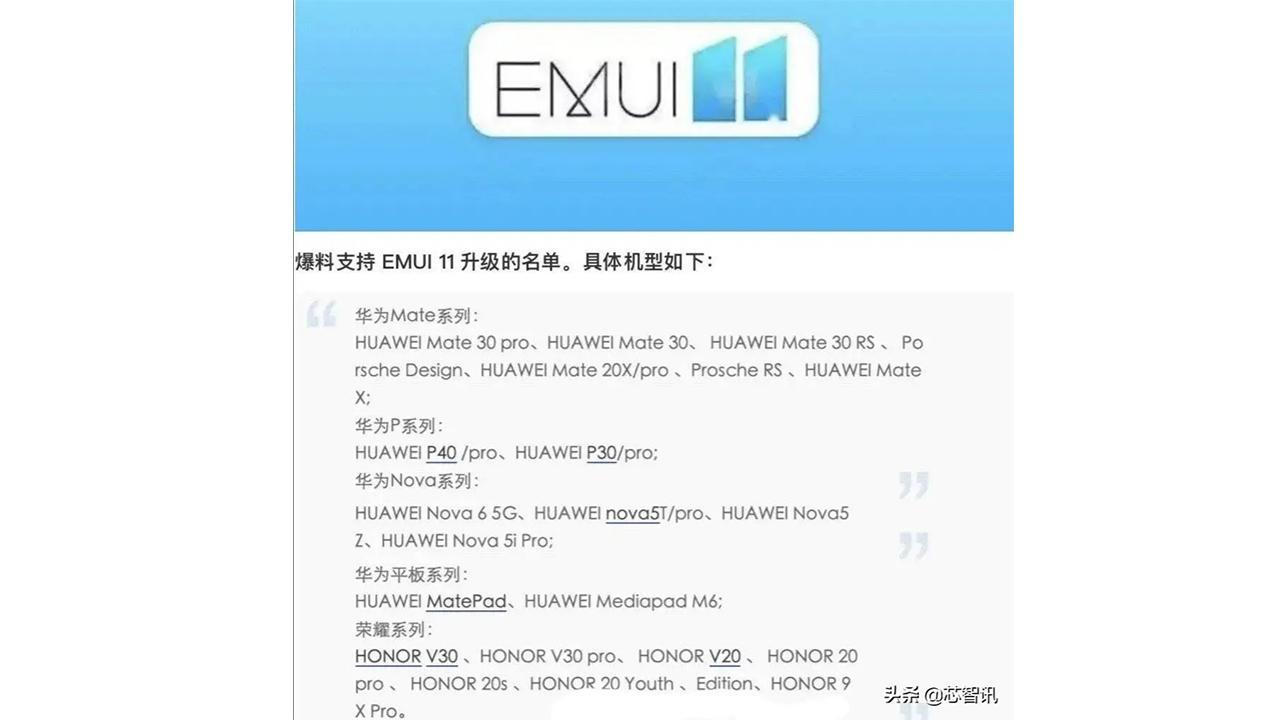 
Huawei Consumer Business Software, Wang Chenglu has recently confirmed that EMUI 11 will launch in the third quarter of 2020. However, he didn’t reveal much of the information regarding this next version of EMUI.

Although, we’ve already listed a bunch of eligible devices for the EMUI 11/Magic UI 4/Android 11 but there’s a screenshot that’s circling around the internet at the moment as leaked EMUI 11 first batch of devices. So we decided to give it a check.

The image below is created by a Chinese Huawei fan/follower. The person took information from our initial list of alleged EMUI 11 devices that we’ve published a few months ago. So, taking this screenshot as a leak, may not be appropriate.

By reaching the conclusion, it’s confirmed that this is not an official leak but the devices are part of our initial EMUI 11/Magic UI 4/Android 11 eligibility list. You can find more information on the complete list linked below.

EMUI 11 is based on Android 11 and it’ll be launched at Huawei Developer Conference 2020 (HDC 2020) Consumer somewhere in August. The device then will be tested under beta activity in Huawei P40 series, Huawei Mate 30 series, and more gradually.

Also, the EMUI 11 will officially debut pre-installed first in the Huawei Mate 40 series, that’ll be unveiled in the fourth quarter of this year.