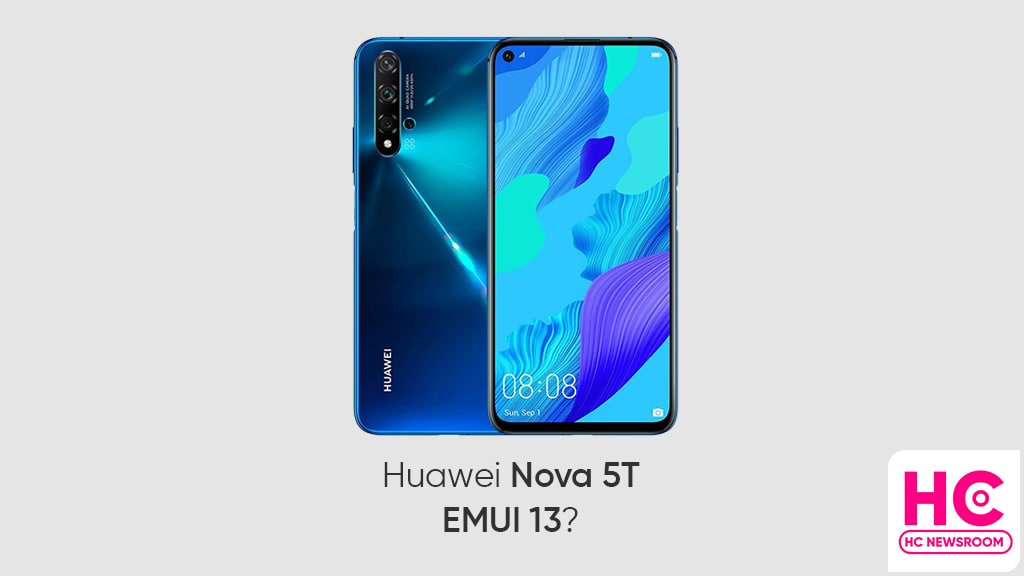 Huawei Nova 5T is one the best smartphone and the phone maker is continuously feeding new software to improve its user experience. However, Huawei Nova 5T users are now asking for the next major update –  EMUI 13.

Recently, a series of queries fell in our mailbox about Huawei Nova 5T and its next major software update. Yes, it seems quite a big deal for the consumers and why it shouldn’t, after all, it’s a matter of new features.

Huawei is actively sending new OTA updates for the Nova 5T. Recently, the device received September 2022 security patch. On the other hand, Huawei has released EMUI 10.0, 10.1, 11, and EMUI 12 major upgrades for the smartphone.

Still, it seems like the Huawei Nova 5T phone could run at least one more major upgrade such as EMUI 13. Meanwhile, Huawei has not said any official words that could seal the phone’s eligibility for the next EMUI version.

When it could come?

Huawei has already announced that EMUI 13 is a part of the Mate 50 series but the flagship will soon expand to the global markets. With that, we can hope that Huawei to unveil EMUI 13 for global smartphone users.

It packs a 3750 battery that could recharge at 22.5W super fast charging. The phone has 6GB of RAM + 128GB of internal storage. While it powers from Kirin 980 octa-core processor.