Huawei MateBook series defines the company’s latest innovation in the laptop/notebook segment and it appears that Huawei will soon add new MateBooks in its laptop collection.

According to the render coming from the tipster Evan Blass, Huawei has a new MateBook 15 with codename “Bohr”, featuring a full-sized HDMI port, one USB-C port (likely thunderbolt-enabled) which is likely also used for charging, and 3 USB-A ports (via MSPoweruser).

It is equipped with a power button + fingerprint sensor combination, the display bezels are slimmed to the edges and results to an impressive 84% screen to body ratio.

Also, this MateBook has a 14-inch version (codename “Nobel”) featuring one USB-C port, 2 USB-A ports, a headphone jack, and a full-sized HDMI port. Similar to the 15-inch version, it also has a thin-bezel display and power+fingeprint button.

Currently, there’s official launch date available on this new MateBook Series but according to the previous launch schedules, these new MateBooks expected to be launched in the market by Q1 next year. 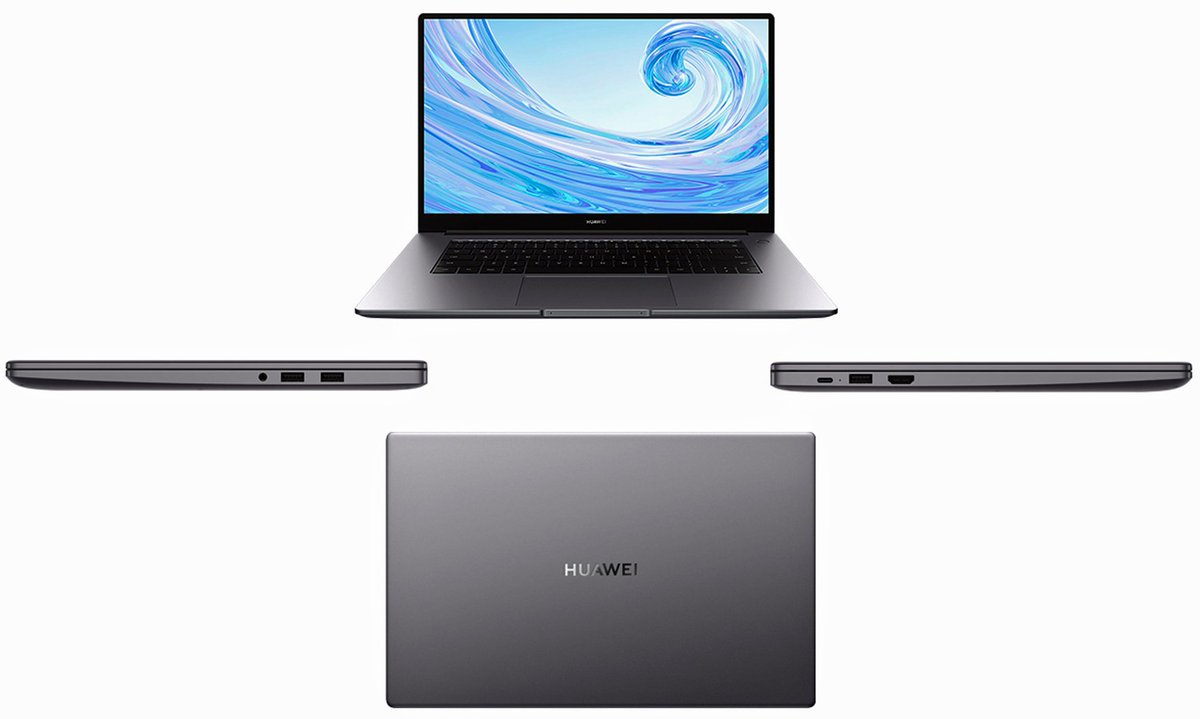