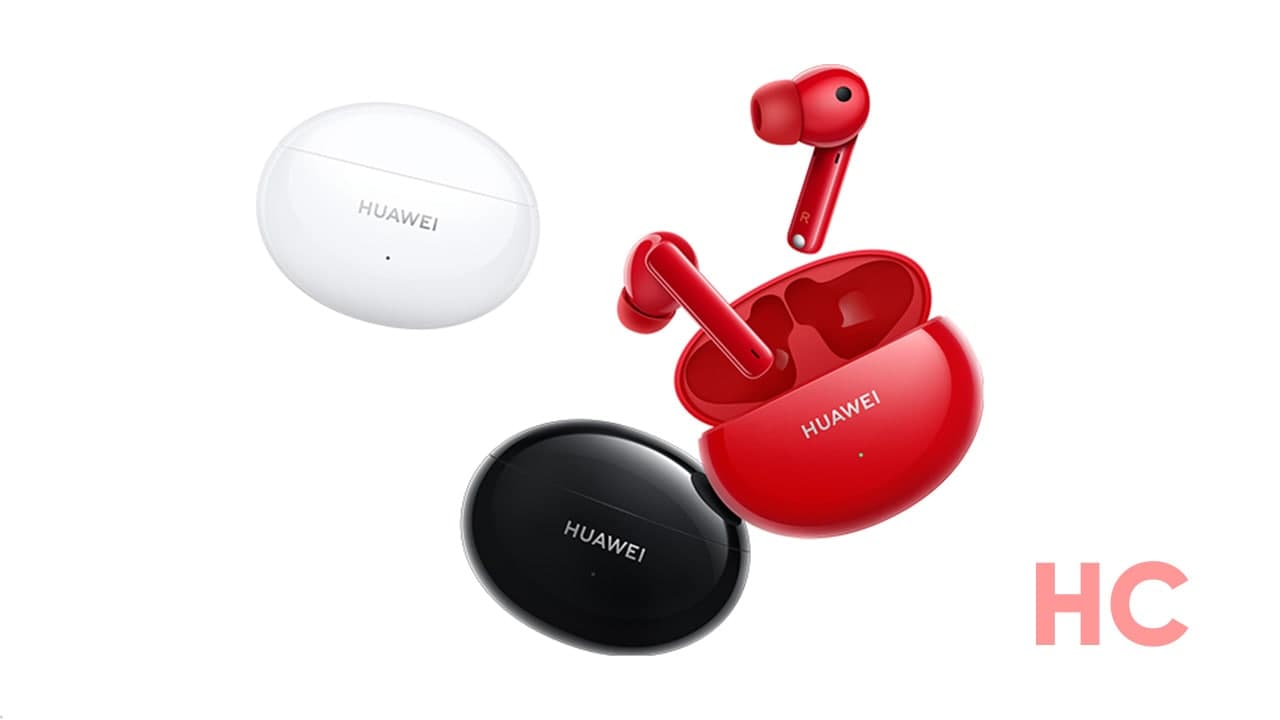 Last month, Huawei launched the new smart wearable device, Huawei FreeBuds 4. These earbuds equipped with advanced technology over their predecessor and have as well as a semi-in-ear design.

On the other hand, Huawei FreeBuds 4i offers a 3D bionic design. However, this device was also found to be popular among the consumers on home ground as well as globally.

For further enhancements, Huawei has now begun sending a new firmware update for FreeBuds 4i users. According to the information, user can upgrade their earbuds to the new version 1.0.0.176 in China.

Moreover, this latest update brings support for the AI life iOS version and optimations for the health reminder function to improve the user experience. However, these features will soon expand for global FreeBuds 4i users. 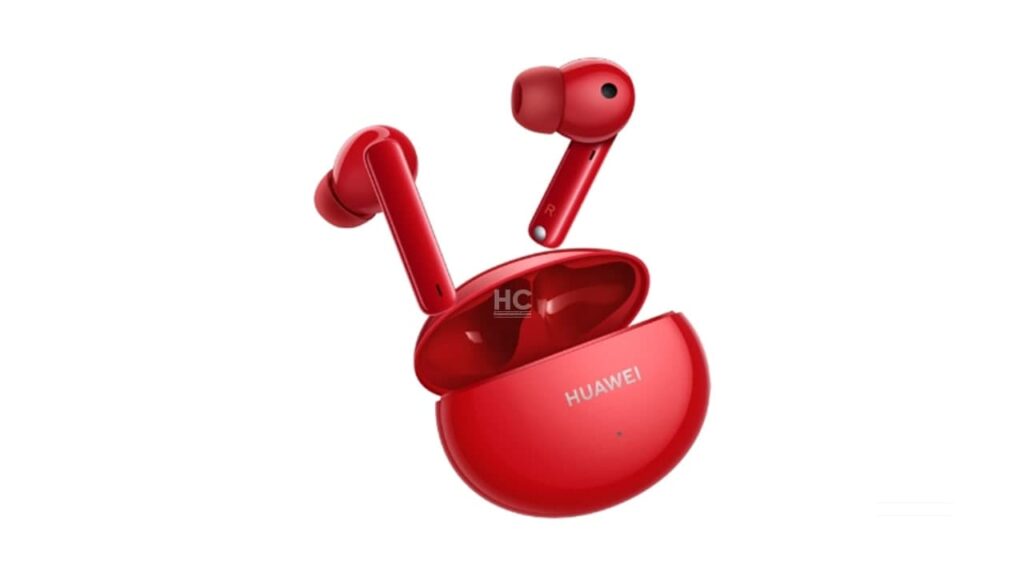 What’s New with this update:

Points to know before the update:

This update is in the early stage of rollout, so it may take some time to reach your device. Also, we recommend users maintain at least 30% battery in both devices. Moreover, always put earbuds into the charging case and keep the case open at the time of updating.

First, open the Smart Life app and then select the corresponding card for your earphones to access the device’s home screen. Afterward, tap on check for updates, if the update is available, click on update. Wait until the update is complete and keep patience. 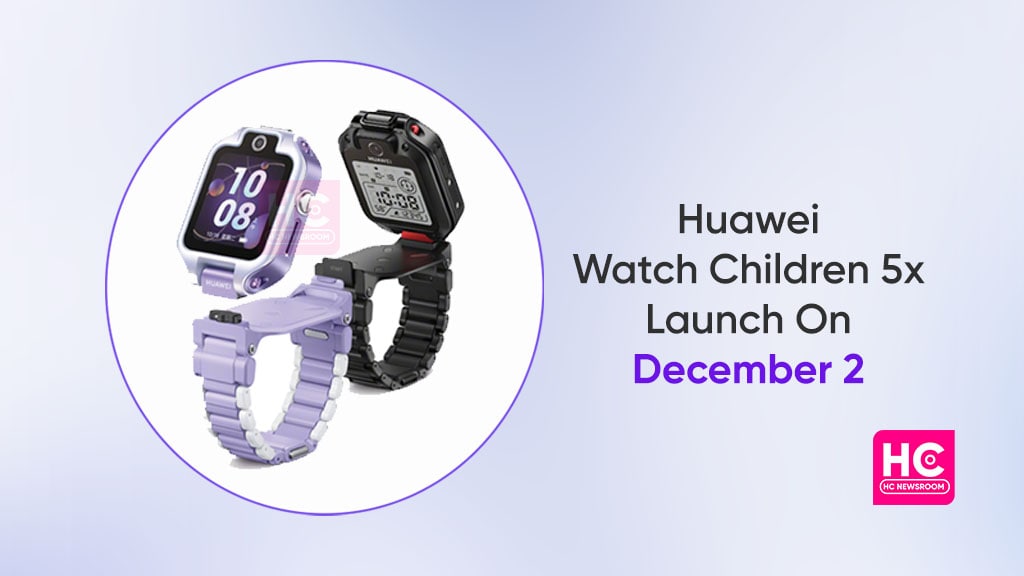 And here comes another product! Huawei will launch the Watch Children 5X wearable gadget on December 2. This is the most appealing product in the smartwatch category with a detachable dual-face display.

The company has shared a giant teaser of Huawei Watch Children 5x on the Weibo platform. Alongside the launch date, the tech maker attached an interesting tagline to the promo poster:

“safety protection, more than one side”

Undoubtedly, the caption reflects the eye-catching design and layout of the new wearable. Ultimately, users will find a flip-flop mechanism on the watch dial. In other words, it will seem like having two watches with one strap.

Yes, you read it right. Huawei has once again brought the term “detachable” to the surface. After the Watch GT Cyber separable dial, the company invented another product with a similar mechanism. 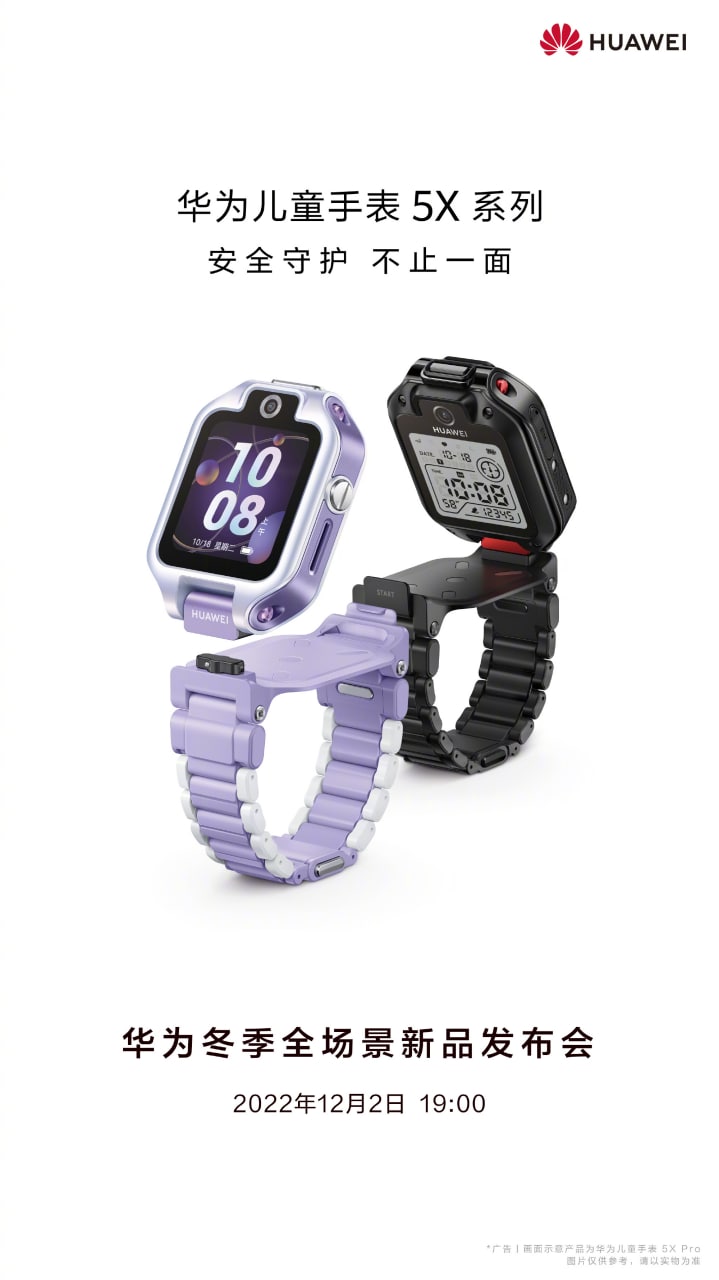 The official teaser shows a huge image of the Huawei Watch Children 5x device. Consequently, the product adopts a color display screen on the front panel and a black and white LCD screen for the flip side.

Moreover, both sides contain a mini lens to conduct video calls and other optical functions. The overall appearance shows a robust structure with elegant colors. Other than this, we could find some more interesting tweaks at the launch event.

The new product launch event is just two days away and the list of devices is daily bringing new additions to the surface. It would be worth seeing what more surprises the new Watch Children 5x has packed in its bag for users.

Huawei Watch Buds is ready, check these pics before it launches 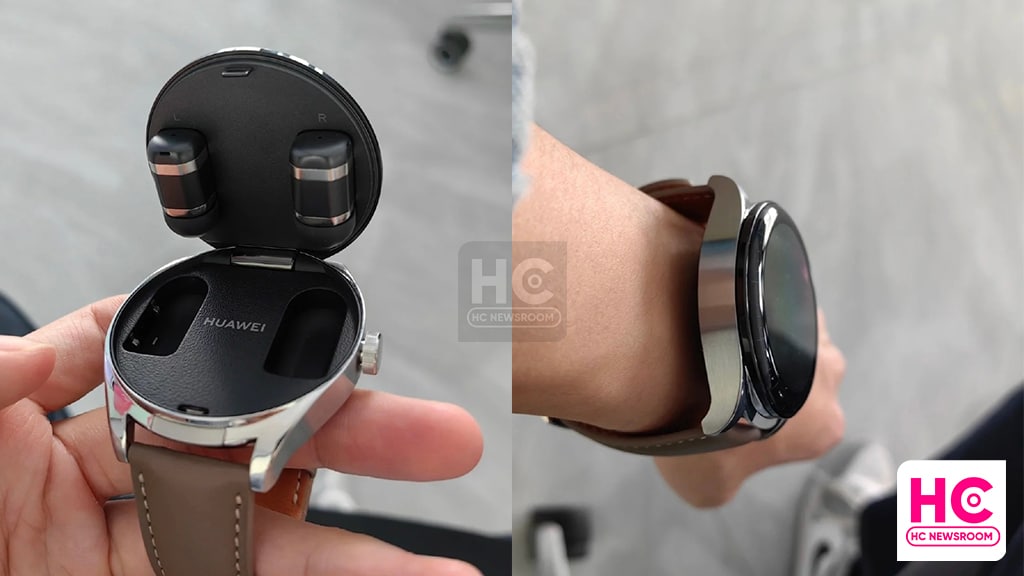 Huawei has confirmed that its next smartwatch, Watch Buds and is ready to launch on December 2. The watch teaser is out and here are some new Huawei Watch Buds pics that we can look at before it goes official.

It’s one of the most sci-fi products that Huawei has ever released. Huawei Watch Buds is a 2-in-1 smart wearable that brings you earbuds inside the smartwatch.

These pics reveal Huawei Watch Buds as an ordinary smartwatch. However, the bezel is looking big, which may be due to the external architecture. It also has a metal frame and there’s a round crown on the right side. 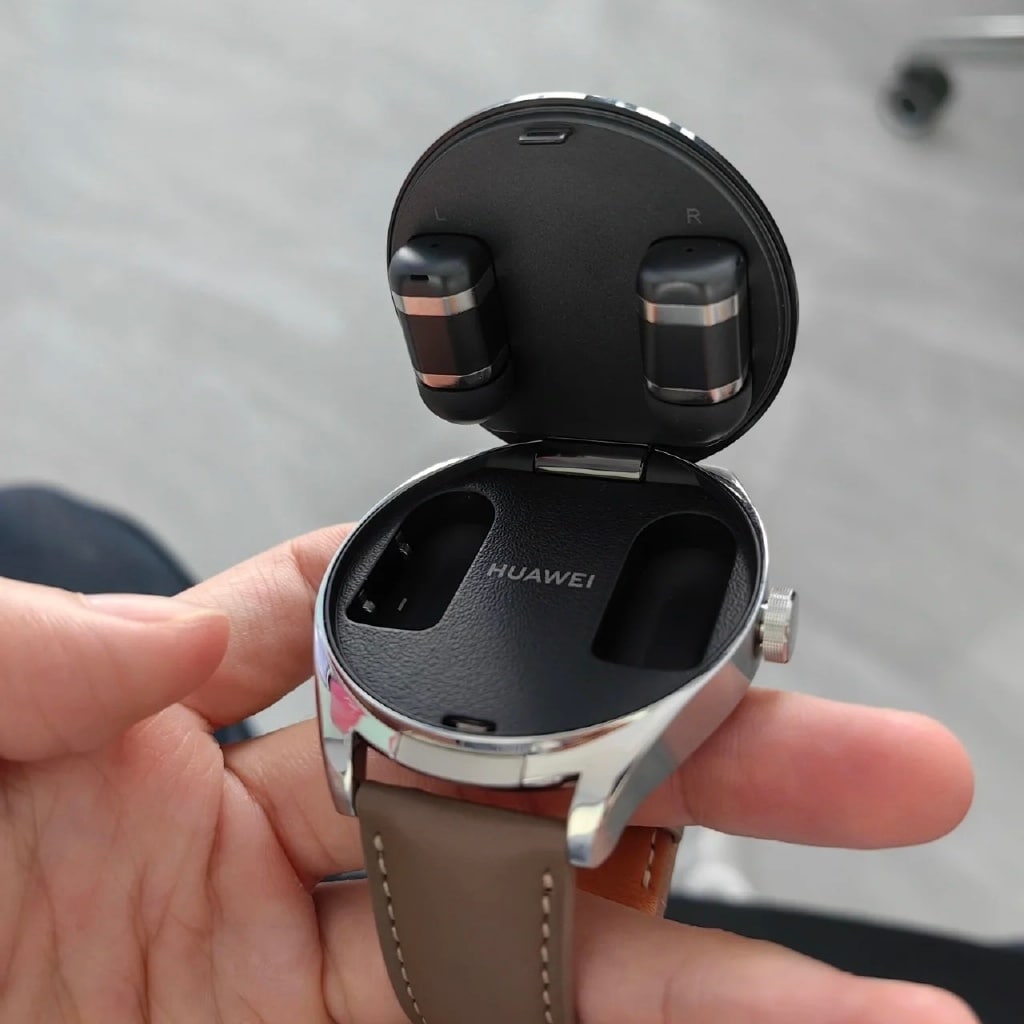 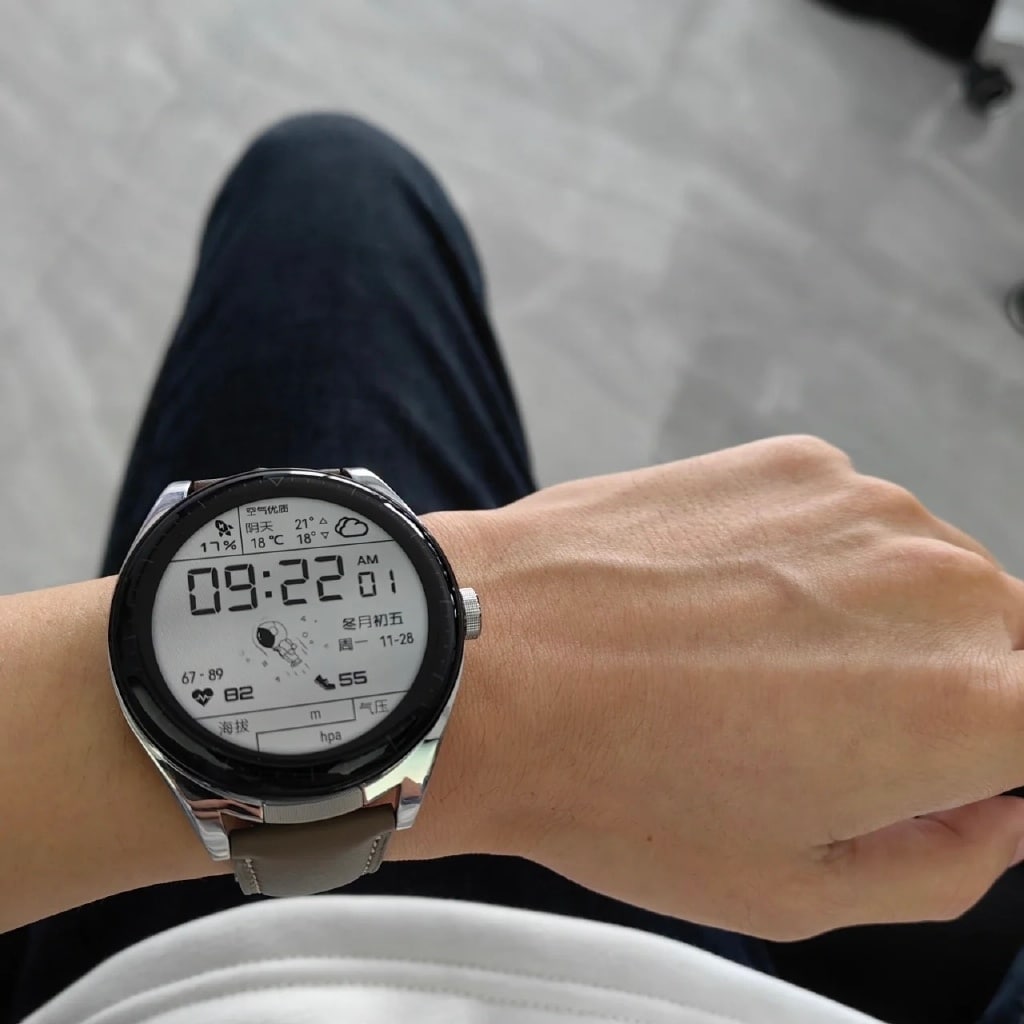 Additionally, the Huawei Watch Buds is powered by HarmonyOS operating system to provide a number of new smart features.

If you want, just open the watch face and access the earphones, it appears convenient. The battery life should be extended due to the earphones. As it will require more power to supply through them alongside the smartwatch. 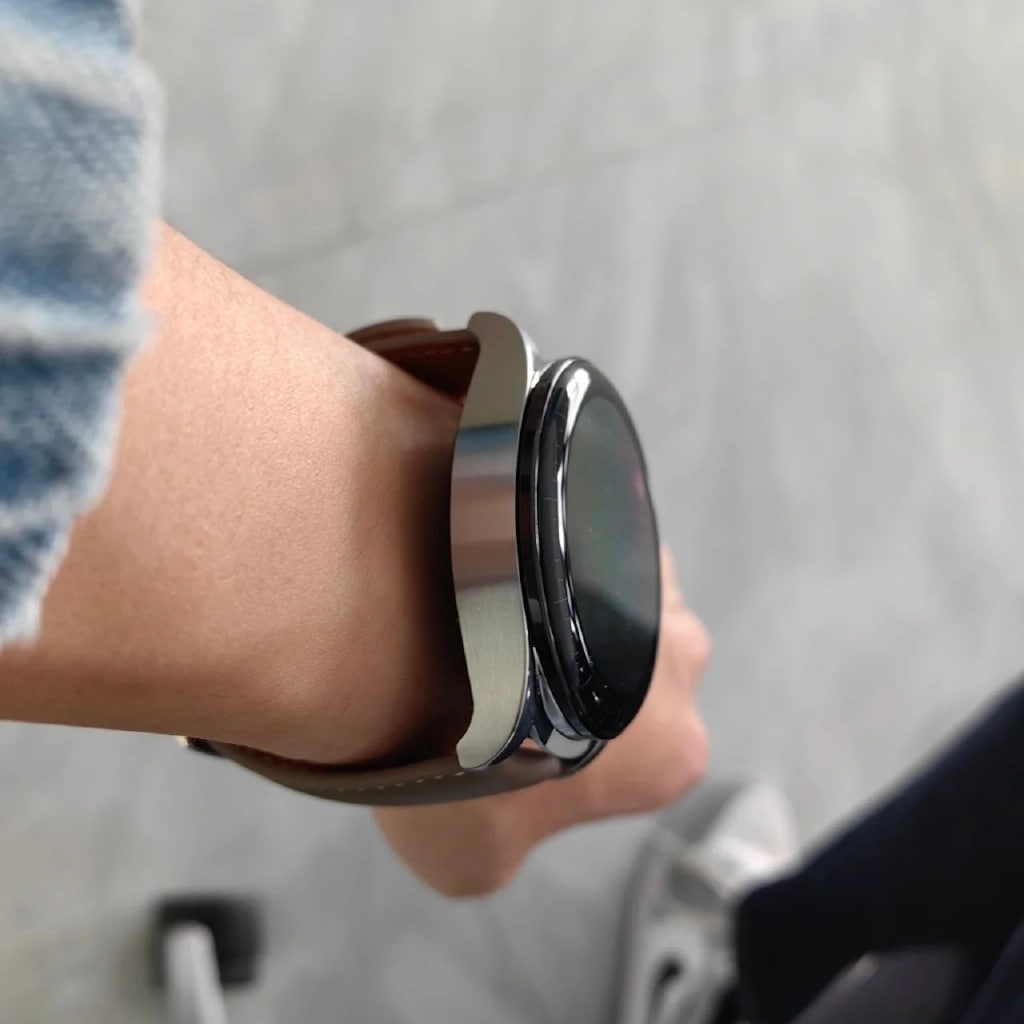 If you look closely, there are two placeholders to house earphones inside the watch and there’s also a Huawei branding.

Huawei Consumer Business CEO, Yu Chengdong, Huawei Watch Buds is a revolutionary breakthrough for Huawei in the form and structure design of wearable products, allowing everyone to enjoy an unprecedented convenient experience.

The Huawei Nova 10 SE is already launched in the global market equipped with a 108-megapixel high-resolution camera with f/1.9 aperture. On the other hand, the Huawei Enjoy 50Z is a renamed version of the Nova Y61. 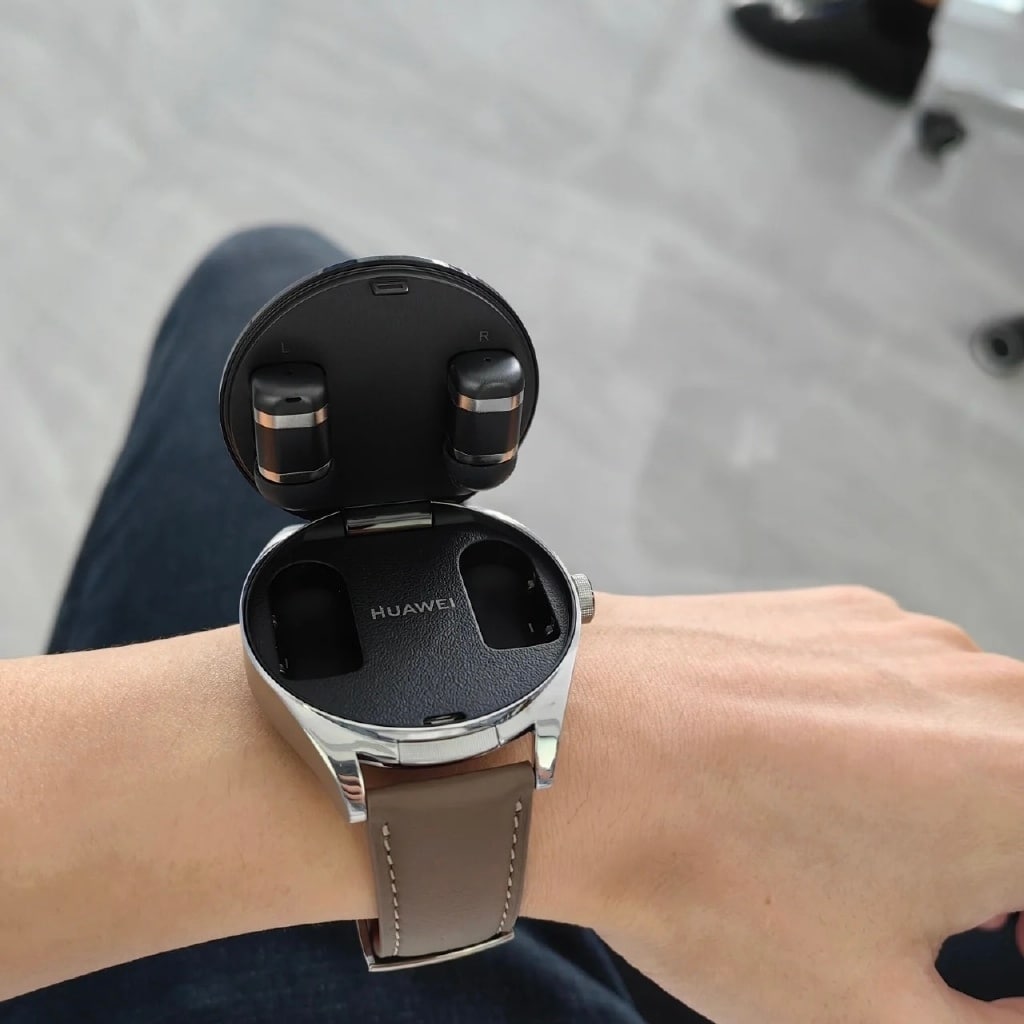 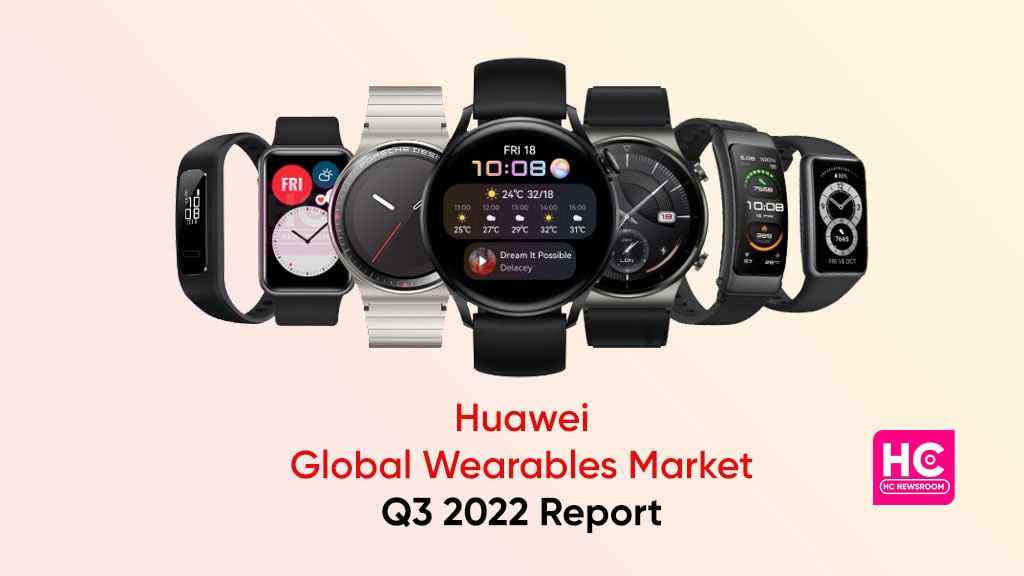 A market research firm has published the Q3 2022 global wearables shipment report, in which, Huawei has successfully attained the fifth position. On the other hand, the company is at the top in the Chinese market.

As per the latest information, the global wearables shipment has reached 49 million units. As a result, the market share increased by 3.4% on yearly basis. Though the overall growth rate is minimal, Huawei managed to score good grades.

Adding more to this, Huawei has landed on the fifth rank with 7% of the global smart wearables market share in Q3 2022. Comparatively, the result shows a decline of 29% in annual growth. However, it seems like the upcoming  Watch Buds product will surely add new hype to this scenario.

On the sideways, Apple is leading the market with a 20% market share, followed by Samsung with 10%. The list further shows Xiaomi and Noise with 9% and 7% of the market share respectively.

Huawei at first in China!

In addition to the global wearables market, Canalys has also released the Chinese wearable market report for Apple, Huawei, Oppo, Xiaomi, and XTC (Xiaotiancai). Consequently, Huawei has secured the first rank in the native region.

The tech maker has gained an overall market share of 24%. Again, there is a decrement of 27% in the annual growth. Despite the shrink in growth, the company continues to lead the wearables market in China.

Notably, Huawei has done some seamless work with its wearables. That is why the company always grabs a place among the top vendors in the world as well as in the hometown.

In the third quarter of this year, Huawei launched a handful of new smartwatches for its consumers. These include Huawei Watch Fit 2, and Huawei Watch 3 Pro new. Both devices offer innovative features at an affordable rating.

Huawei constantly makes efforts to fulfill the demands of its users. In the latest edition, the company is preparing for the Watch Buds and a new set of earbuds. We will soon get our first glimpse of these smart gadgets.