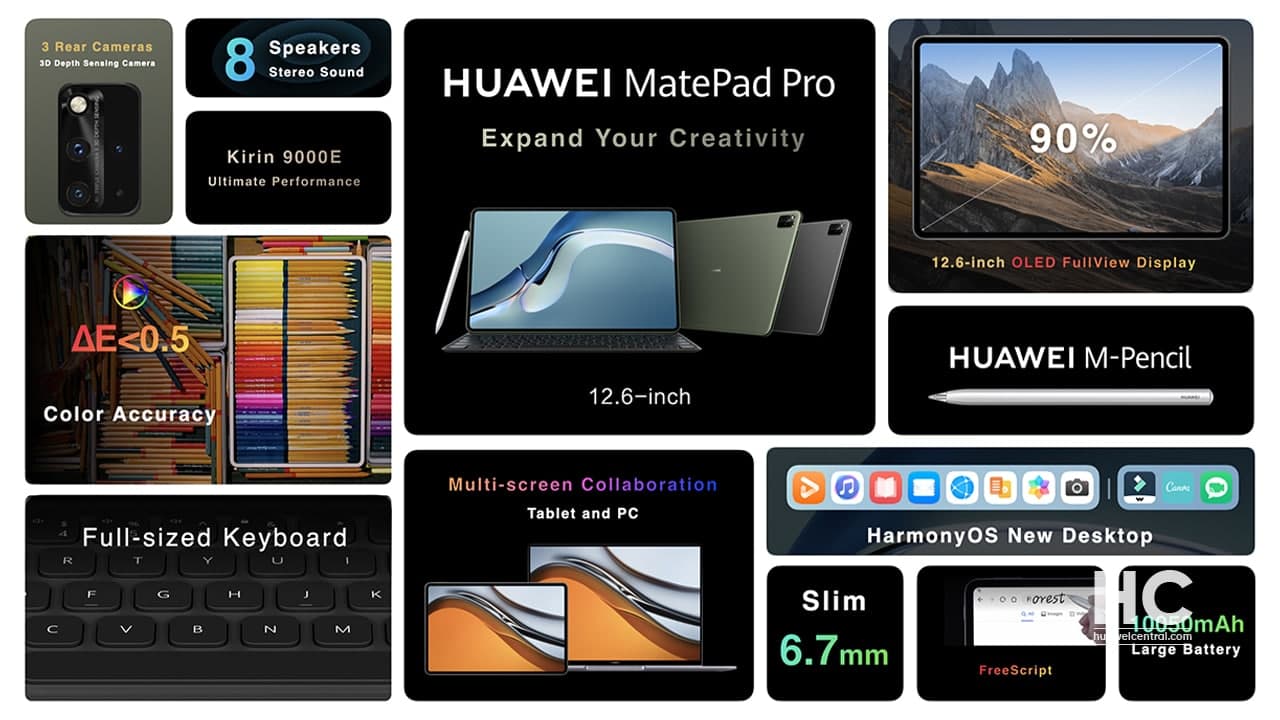 Today, Huawei unveiled the world’s first HarmonyOS powered tablet lineup. These new tablets are labeled as the new generation of the Huawei MatePad Pro series and come with a number of new technologies.

Aside from the display sizes and HarmonyOS, Huawei has also made some new changes in the design aspects. These tablets are unique on their own and it’s time that we dive into their details.

“The new HUAWEI MatePad Pro is the perfect tool that will inspire users to be more productive and creative. With the new HarmonyOS 2, users can take advantage of apps and services in completely new ways and work smarter than ever.” said Kevin Ho, COO, Huawei Consumer BG

Huawei MatePad Pro has a 12.6-inch OLED FullView display. With an aspect ratio of 16:10 and narrow bezels that measure just 5.6mm thin, the display offers a 90 percent screen-to-body ratio.

The OLED FullView display also supports a high contrast ratio of a million-to-one2 and the wide DCI-P3 color gamut, allowing it to produce better defined and true-to-life colors. Furthermore, HUAWEI MatePad Pro has a color accuracy 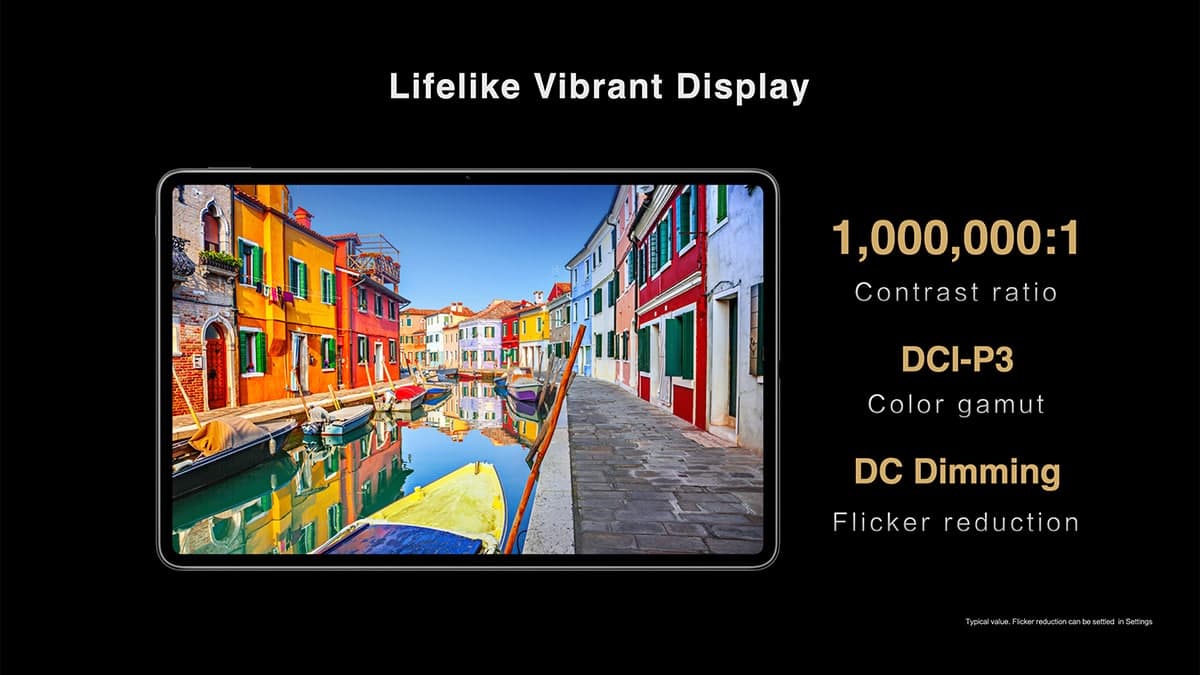 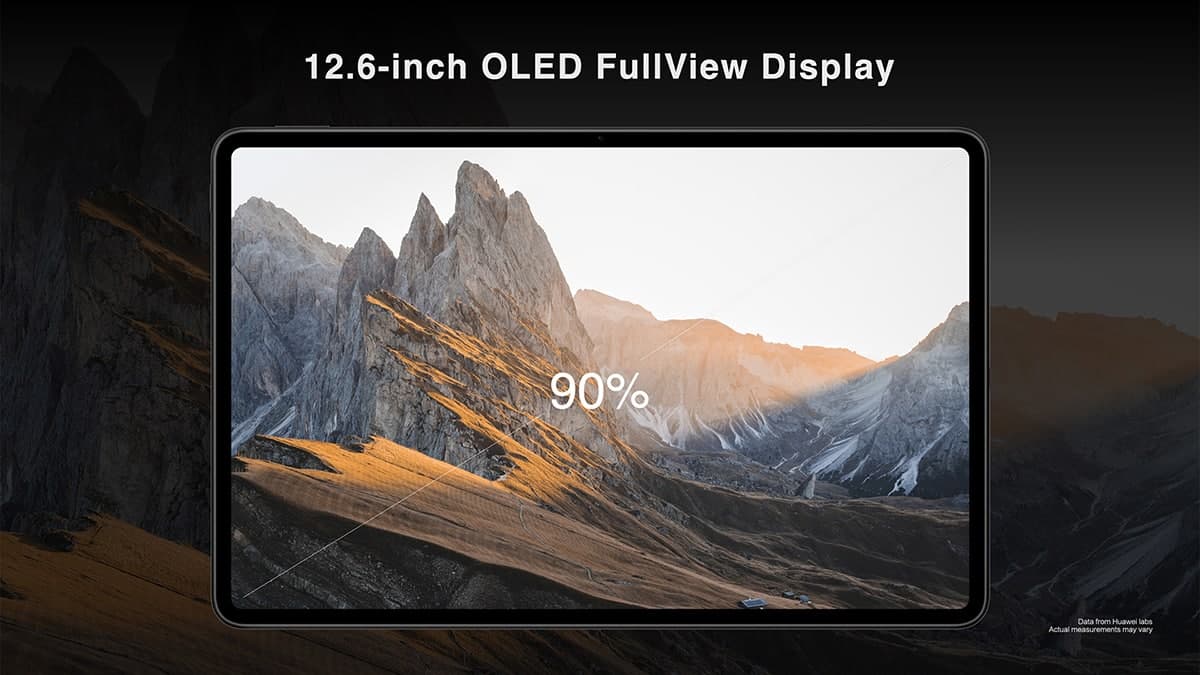 Huawei MatePad 12.6-inch variant equipped with 5 nanometers processed HiSilicon Kirin 9000 and the WiFi model powered by Kirin 9000E processor. On the other hand, Huawei is teaming up with Qualcomm and brought a powerful Snapdragon 870 chipset for the 10.8-inch version.

Huawei MatePad Pro 12.6 comes with triple rear cameras, while there’s no camera on the front. On the other hand, the 10.8-inch version has a 13MP rear camera and an 8MP front-facing camera. 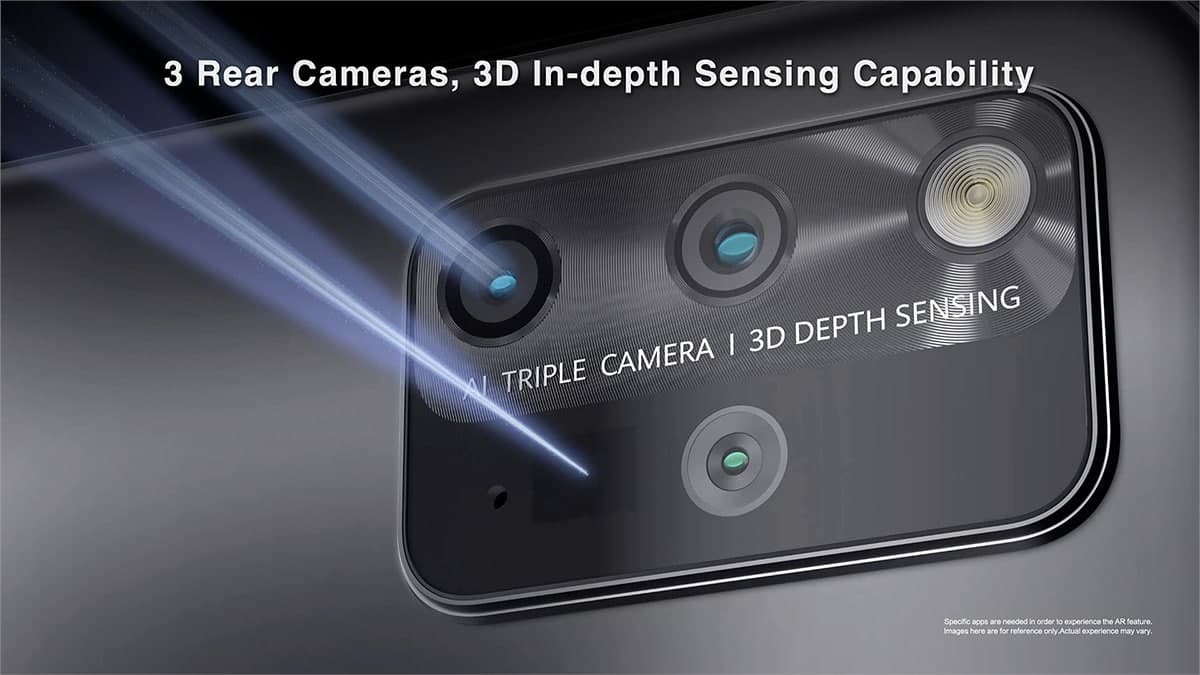 Huawei MatePad Pro lineup is the world’s first tablet to provide pre-installed HarmonyOS out of the box. The new user interface glimmers on the home screen and all over the system UI, which helps users to operate freely and without any interruption or comprise features. 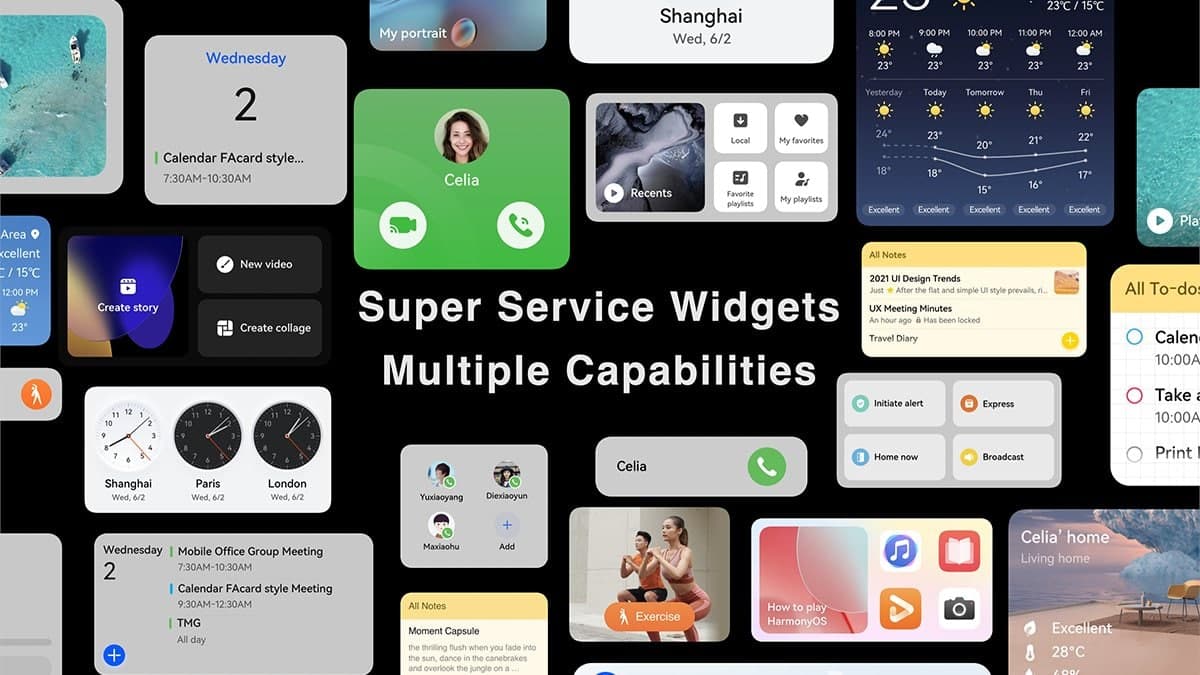 New Service Widgets can display real-time information, and allow users to quickly and conveniently access certain app features without even launching the apps. These widgets can be placed anywhere, and are also fully customizable for users to personalize their device according to their preferences. 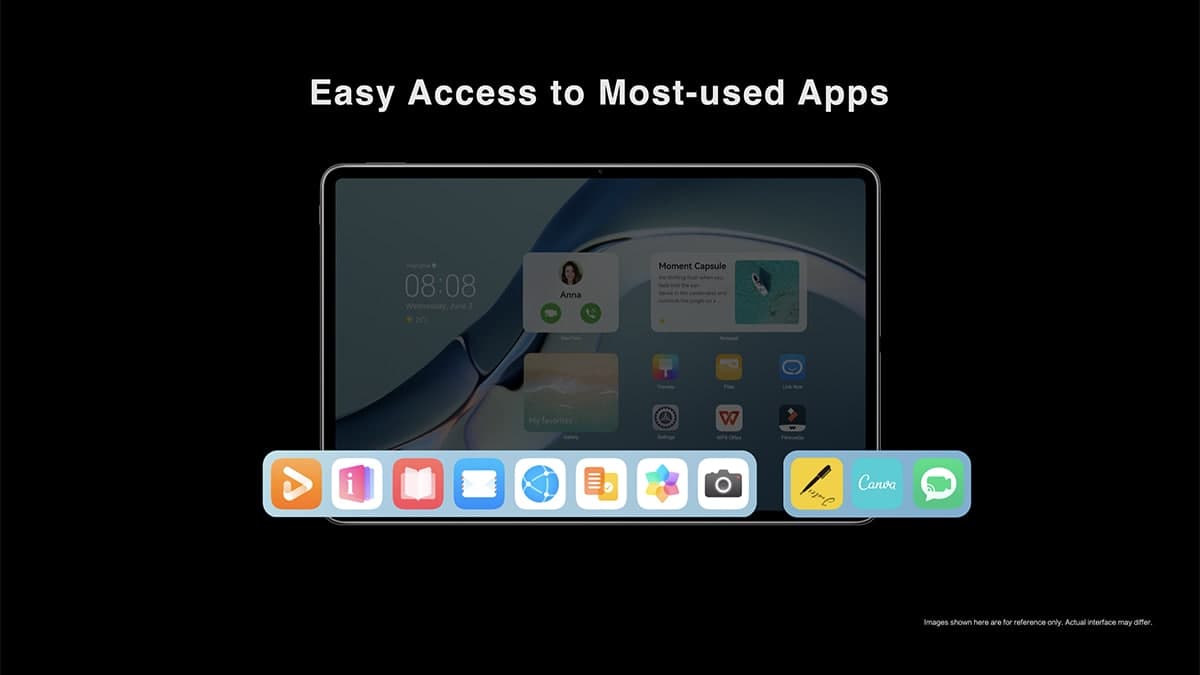 The innovative Collaborate Mode enables true cross-platform interactions between HarmonyOS 2 and Windows, allowing users to transfer content such as text, images, and documents between connected devices with a simple drag and drop.

Tearing down the boundaries that separate tablets, smartphones, and PCs, Multi-screen Collaboration elevates what users can do with the HUAWEI MatePad Pro and other connected devices, empowering them to be more productive and creative than before.

Introduced in 2019, the first version of App Multiplier allowed tablet apps to better utilize the landscape orientation and display information with two active windows at once. With the launch of the Huawei MatePad Pro, App Multiplier brings even more ways for users to make full use of horizontal displays.

While showing an app in a single window with the new App Multiplier active, users can now swipe on the empty spaces on either side of the tablet screen to scroll up and down to navigate app content, without letting go of their grip on the tablet.

Users can also show two instances of the same app and interact with windows as if they have launched the same app twice. As of June 2021, nearly 4,000 apps have adopted App Multiplier to improve their user experiences

The new MatePad Pro supports second-generation Huawei M-Pencil and Huawei MatePad Pro just like professional designers would with a drawing pad and stylus.

Inspired by the clear case back design of luxury watches, the new transparent pen tip showcases the inner workings of the stylus and comes with a frosted texture for a better drawing experience. 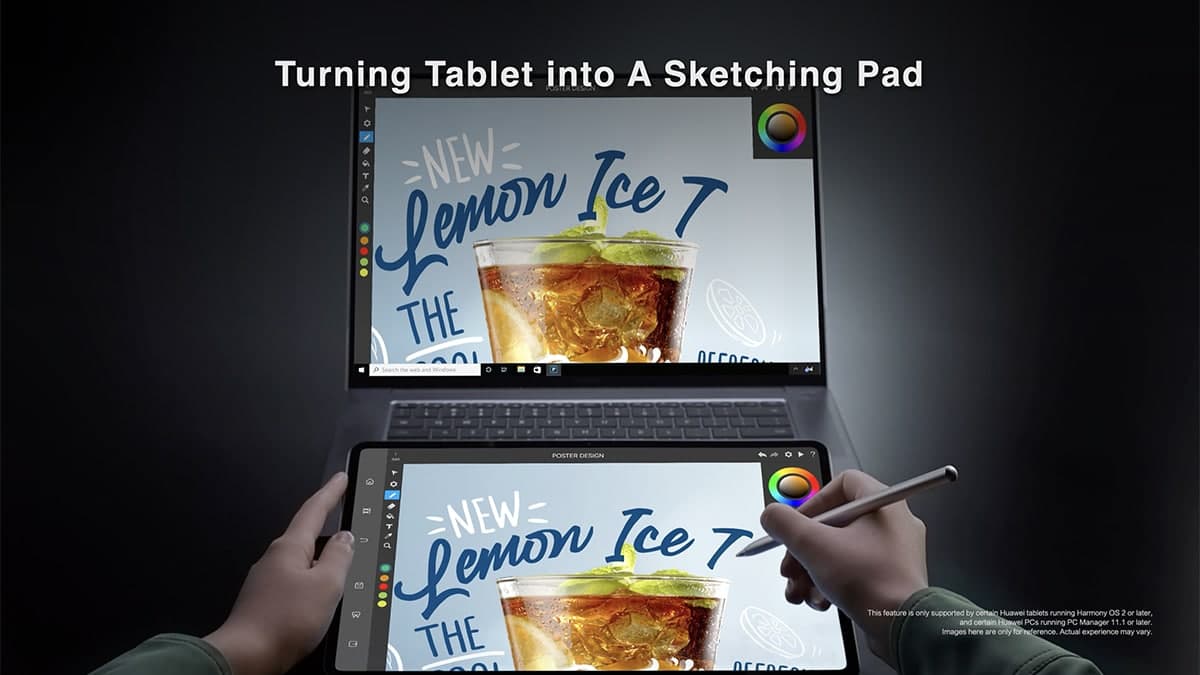 The new Huawei M-Pencil supports a breadth of innovative interaction features including Huawei FreeScript, which transforms handwritten content into machine-encoded text in real-time as well as double-tap to switch, Instant Shape, Instant Table, and more.

The new drawing features can also be used on third-party apps. Developed by Huawei, the Pencil Engine is open to all developers worldwide, offering a suite of features such as stroke prediction and brush effects that can all be easily integrated for richer, more natural drawing and handwriting experiences on third-party apps.

Huawei MateView monitors launching in the global market on June 2 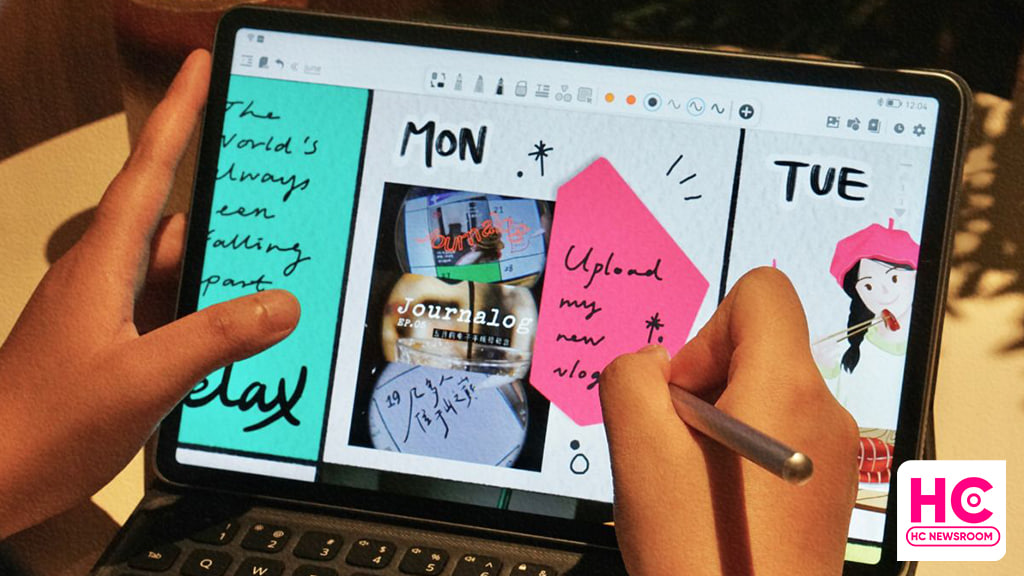 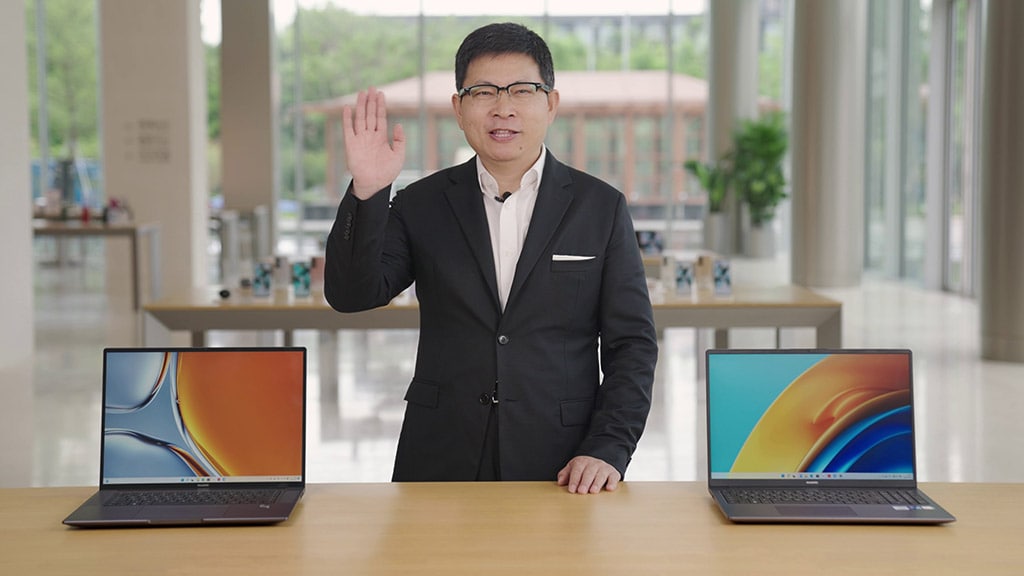 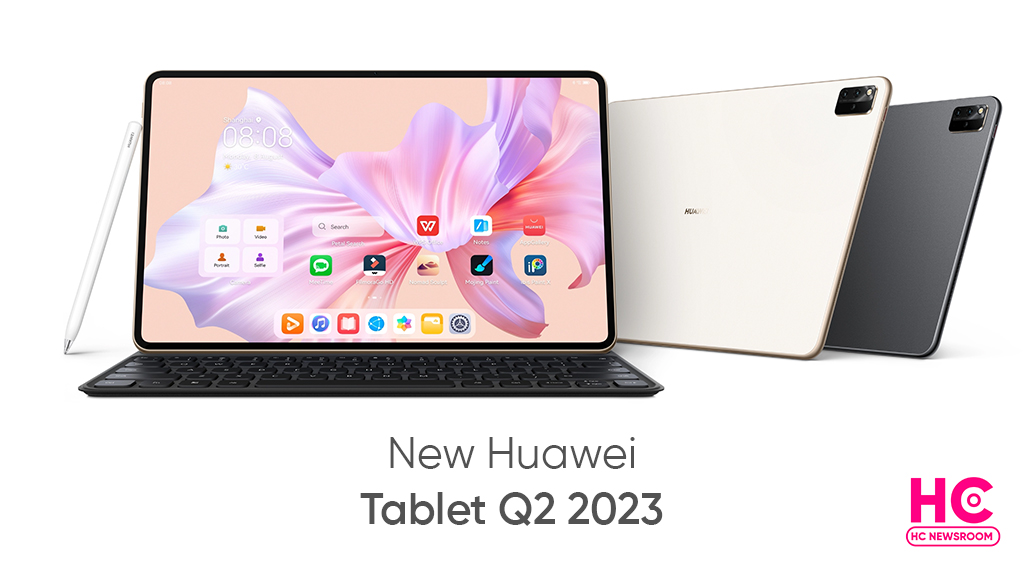