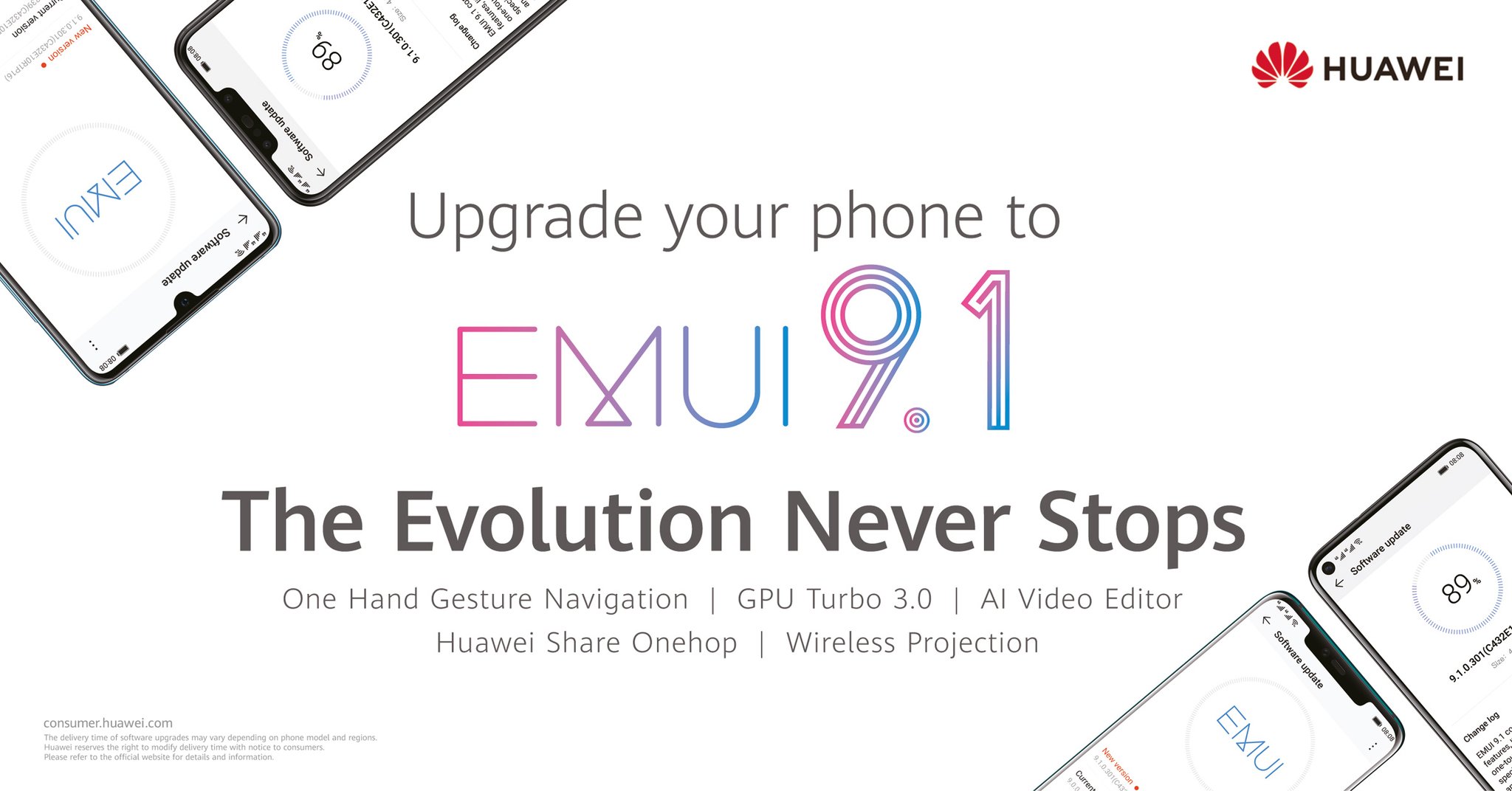 
Huawei has started rolling out EMUI 9.1 (Android Pie) for a number of different Huawei and Honor devices in China under the beta program.

EMUI 9.1 is coming to more smartphones

The same devices are also eligible to get EMUI 9.1 outside of China and may receive different EMUI versions.