Among smartphone makers, Huawei stays on the second spot by shipping 48.5 million smartphones with 17.6% of market share compared to the 59.1 million sales + 17.9% share during the same quarter last year. Huawei’s total market growth declined by 18%.

Samsung stays on top with 58.3 million shipments, 21.2% market share, and a decline of 19% over the year. Apple also sees a decline of 9% accounting for 39.2 million smartphone unit shipments during the Q1.

“Despite US-China trade wars and the Covid-19 virus scare, Huawei was able to maintain its global smartphone share at a respectable 18 percent during the quarter. China remains Huawei’s core region and most of its sales take place there.” Wrote SA.

A report earlier by SA, also shows that Huawei shipped Huawei has shipped a total of 8.0 million 5G smartphone units with a 33.2% market share closest to Samsung in the first place. 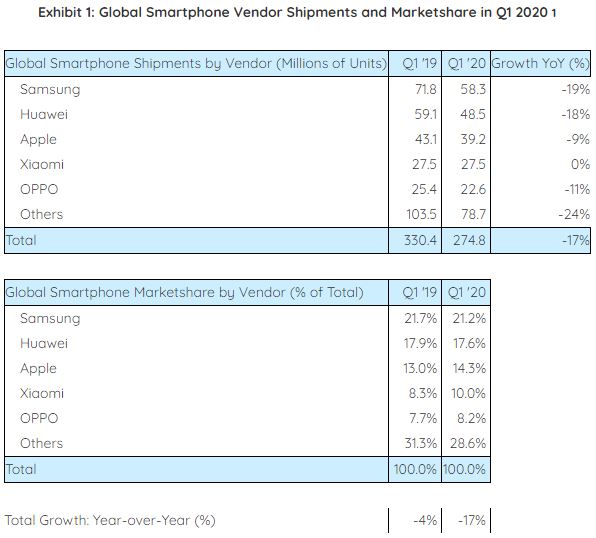