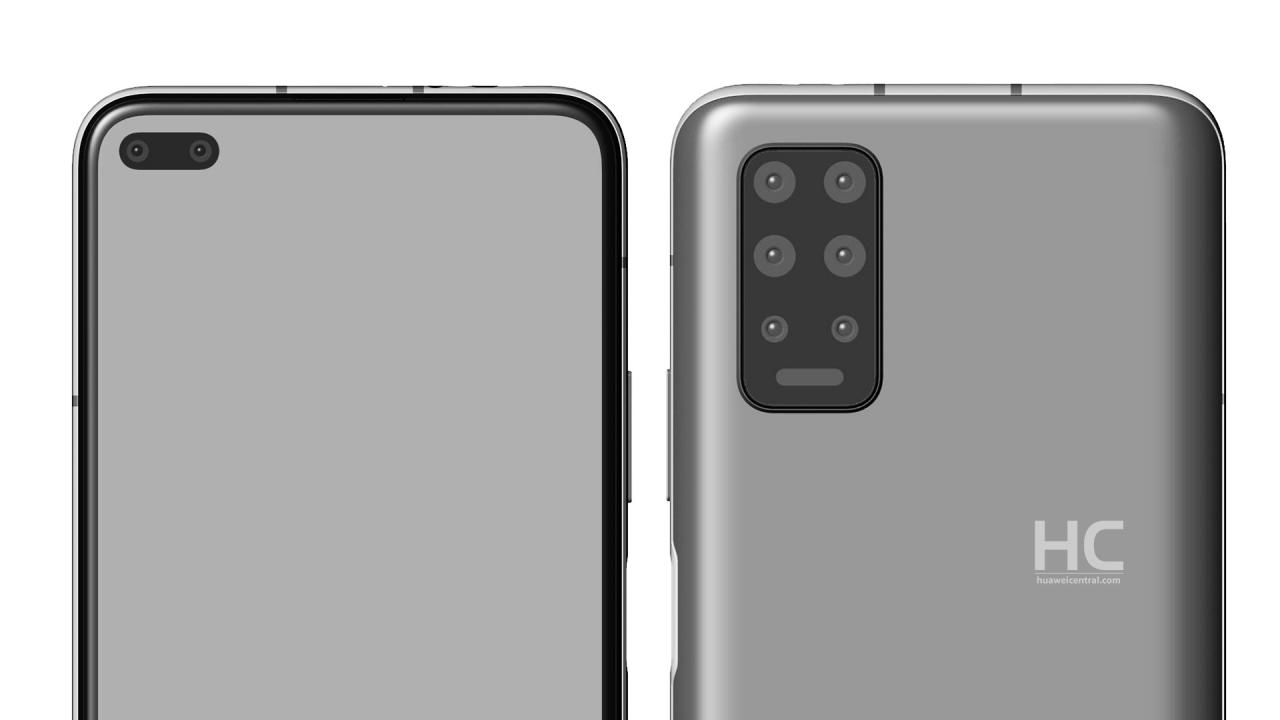 
Earlier we saw a design patent of Huawei phone with a unibody design and new camera technologies. Well, there’s another patent that a “regular” flagship type smartphone with 8 cameras and could be the new Mate flagship.

The dual punch-hole display on the front seems flat and the overall look is very similar to the Huawei Nova 6 and Honor V30, and there are no sign curves on the edges.

The camera design is the same as Mate 20 Pro but now includes 6 lenses of 3-3 on each column followed by an LED flash at the bottom.

The camera design hints that Huawei could file a trademark for a new kind of matrix camera system, which Huawei introduces at the time of the Mate series launch.

The rear side of the phone includes a glass design with curves on both left and right sides (more curve than the front display) and space between the rear glass and display reflects in the patented images.

Sides consist of the following features:

Other than the design, there’s no additional information published by the CNIPA.

Since the top-end variant of Huawei P40 series features 5 rear cameras, this new camera design triggers the possibility of being a Mate 40 device. However, we also don’t it of being something else.

Currently, we don’t have any inputs that confirm the development of this smartphone but the design seems very realistic and has higher chances of going into production.