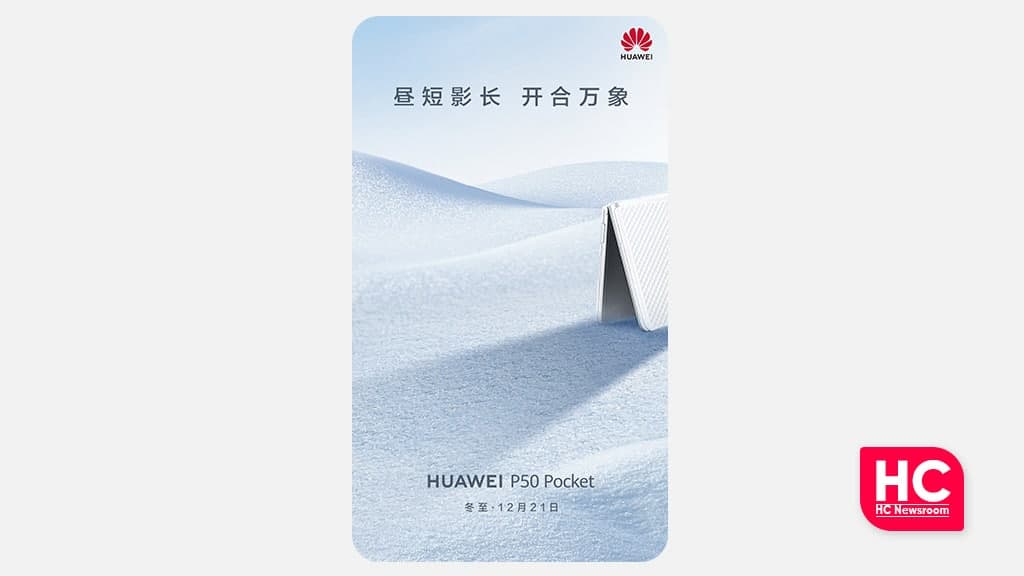 Huawei is ready to debut its next foldable smartphone – Huawei P50 Pocket on December 23. However, the official launch event is just two days away from us. To level up the excitement, Huawei has released a new promo poster of the Huawei P50 Pocket that showcases vertical foldable display design.

Previously, the company has already shared two promo posters that display the rear view of this flip-style phone that looks simple and amazing with a mirror-finished silver metal frame with rounded corners.

By looking at the latest Huawei P50 Pocket poster, this phone adopts the vertical inward foldable display design with mirrored finished silver metal frame. Also, the backside of the phone has a white 3D diamond pattern, which gives it a stunning look.

Furthermore, the Chinese tech maker has captioned that image with “Today makes exploration longer than shadows”. In addition to this, the company also added Huawei P50 Pocket arrived as scheduled. 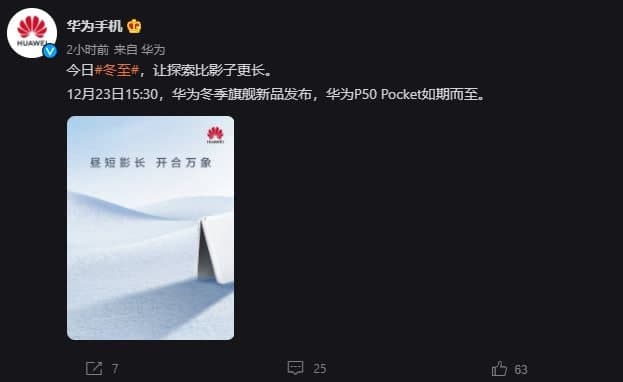 According to the information, Huawei P50 Pocket will feature a 6.8-inch main display that folds inwards and the rear side as a 1-inch screen to show notifications and other quick notifications.

In terms of processor, the P50 Pocket may be powered by Kirin 9000 4G (initially), followed by Snapdragon 888 version. The phone will pack with 66W supercharge technology to rapidly chargeback but the battery capacity is likely to be low in size.

The Huawei P50 Pocket will be the first vertical flip-style foldable phone of the company. However, the previous reports claim that it will be the strong competitor of Samsung’s Galaxy Z flip 3.

Huawei P50 Pocket: Everything you need to know