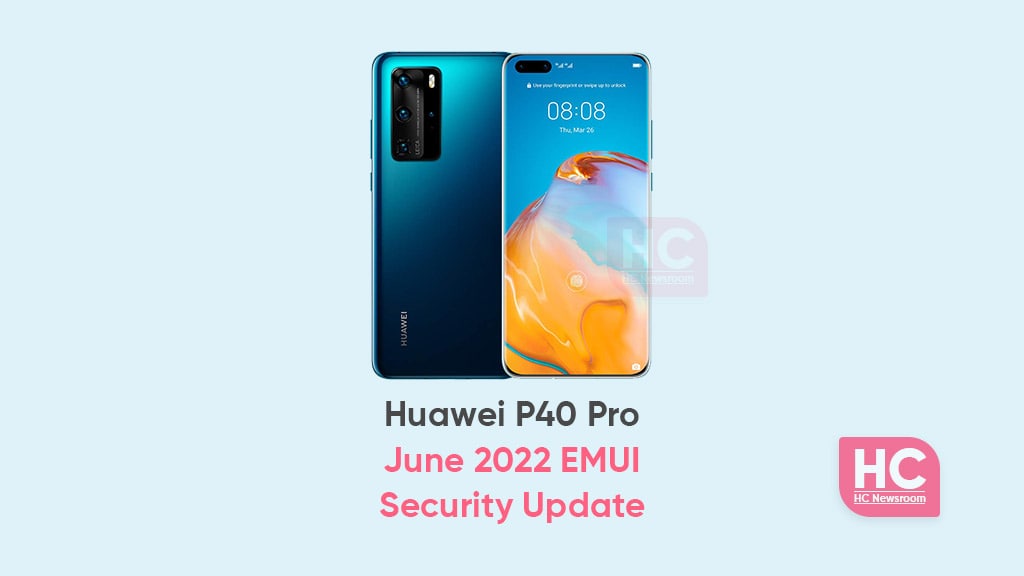 Huawei has started expanding the June 2022 security update for Huawei P40 series devices globally. The update has the latest security patches to fix issues with the EMUI software system. As you can download this firmware with version 12.0.0.252 and update the package size to 278MB.

As reported earlier, the company is expanding the June 2022 security patch for its EMUI 12-powered devices. Don’t forget to install it on your Huawei P40 device, as it aims to improve your phone’s performance by installing the latest improvements onboard.

Moreover, the Huawei P40 series in China is currently running HarmonyOS 2.0 operating system. Once available, the phone lineup will be able to install HarmonyOS 3.0, as it is not eligible to participate in the ongoing HM OS 3.0 developer beta.

Moving on, Huawei has been a supporter of the P40 series and the continued rollout of improvement and optimization updates shows the P40 series will keep on working with the latest features for a long time.

Other than, the security update, there’s nothing to note on the Huawei P40 series June 2022 security update but we can assume that this update will surely bring your phone to a better state than the recent one.

Users of the Huawei P40 series can download this software update by going into Settings > then tap on System & updates > from here tap on the Software updates to check for the latest available software update. Don’t forget to read and follow the update notes in the changelog to get the updated firmware safely installed on your device.

Meanwhile, you can check the coverage of the Huawei Nova 10 series, which is about to launch and comes in two models – Nova 10 and Nova 10 Pro. These phones have immense camera capabilities, stylish design, and a whopping 60MP selfie camera for maximized selfie experience, check out the article below to learn more about this upcoming Nova series duo.

Learn more about this phone series in the article linked below.