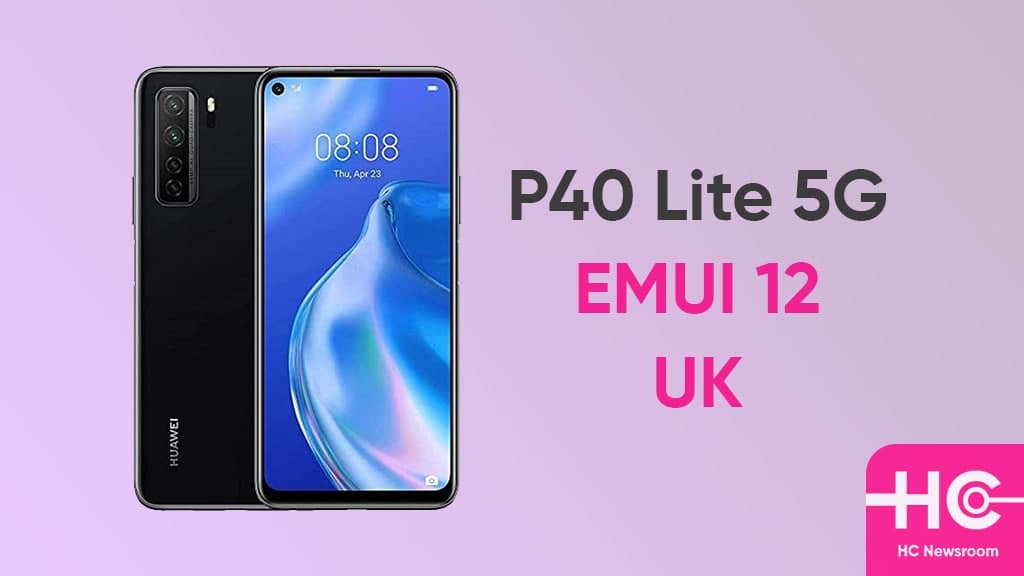 According to the information, Huawei P40 Lite 5G smartphone users can download EMUI 12 in the UK with version 12.0.0.226. However, we’ve seen that the size of this software update package is pretty heavy, standing at 5.2 Gb.

To mention, you can download this software update after upgrading to the recent security patch, which is required to upgrade over the new version.

To check for updates, visit the Settings section of the phone and follow the on-screen instructions. Still, there are some suggested actions that you should keep to prevent any unwanted occurrence.

Such as keeping a backup of important data, charging your phone sufficiently, waiting while the update is downloaded, as it may take some time to unpack the package.

Thanks to the tipster Gianpiero for the awesome tip

As of now, Huawei has already seeded EMUI 12 for the Huawei P40 series and other flagship devices launched in the UK. These phone users can now hop on the latest EMUI software and enjoy its new offerings.

EMUI 12 comes with new features that provide you with an intuitive interface, a multi-device control panel, a new notification panel, as well a distributed capabilities-powered feature such as Huawei share.

According to the changelog, the update will also install a new font customization feature, smart folders, better file sharing across the different platforms as well as other important optimizations to improve the overall user experience.

Huawei has confirmed EMUI 12 for various devices and soon more old devices will join the EMUI 12 campaign, as the rollout proceeds forward. These phones will be upgraded gradually, so, we recommend you keep an eye on the software update section.