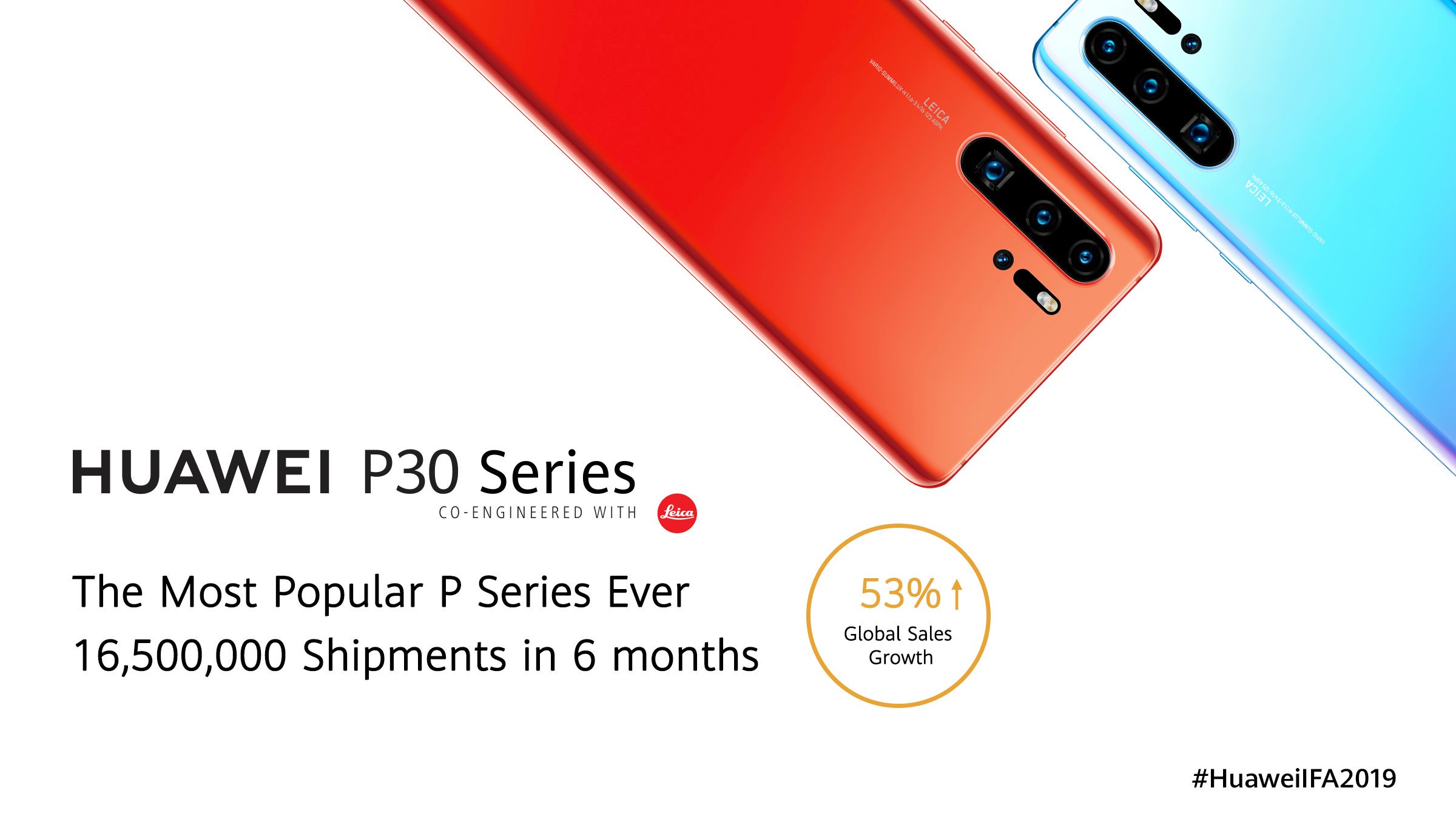 
On September 6, Richard Yu, CEO of Huawei Consumer Business Group officially announced that Huawei P30 series has sold over 16.5 million devices around the globe in the past 6 months and became the most post popular P-series ever.

To boost its sales, the Huawei has also announced two new color variants of Mystic Blue and Misty Lavender that will be on sale starting September 20 globally.

At MWC Shanghai 2019, President of Huawei announced, as of June 20, Huawei P30 series sold over 10 million units in the last 85 days, which is a score achieved 62 days ahead of P20 series’s 10 million shipments.